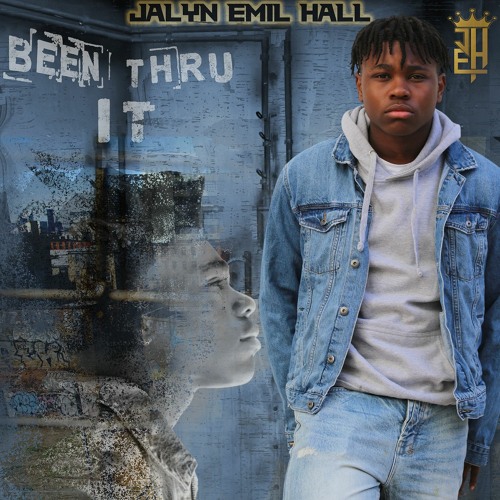 “Been Thru It” by Jalyn Emil Hall

Adrenaline can be a cornerstone of artistry, especially in the hip-hop genre, and I think this appears to be true of the music we’re getting from actor Jalyn Emil Hall right now – at least his new single “Been Thru It.” Rather than putting a lot of stock in melodicism, as a lot of his contemporaries have, Hall is emphasizing the fluidity of his verses with an attack that I found to be quite charismatic the first time I sat down with this song. “Been Thru It” is admittedly simple and built on a black and white formula we’ve seen in a lot of new trap and hip-hop over the past couple of years, but where others have incorporated the surreal, this player seems to be more inclined towards the straightforward.

These lyrics don’t tell us the story in “Been Thru It,” but instead, the manner in which they’re framed does. There’s something to be said about the urgency of this tempo, but it wouldn’t be nearly as effective were Hall not putting as much weight into his execution as he is. He could be rapping the ingredients on the back of a cereal box and supporting the hook in this single just fine, which is more telling of his depth as a performer than his abilities as a lyricist. The fire with which my man is putting this together is definitely worth giving the song a second and even a third listen.

While I wouldn’t say this is the tightest mix I’ve heard all season, it limits the room that Hall has to work with from behind the microphone, but I can’t say for sure whether this is a bad thing or not. Truth be told, I actually think his vocal style benefits somewhat from the lack of excess in “Been Thru It.” And although it doesn’t have the melodic trappings a lot of crossover hip-hop and emo rap have, the sensitive tonal presence of the instruments is still very much a factor here. And it’s the muscle of the music that fetches the lion’s share of my attention when I listen to this song.

“Been Thru It” poses some pretty big statements for such a young man to be making. But if this is a good concept of what Jalyn Emil Hall can do in the recording studio, then there’s a solid chance he’ll be able to develop a career on this front, much as he already has going for him in Hollywood.