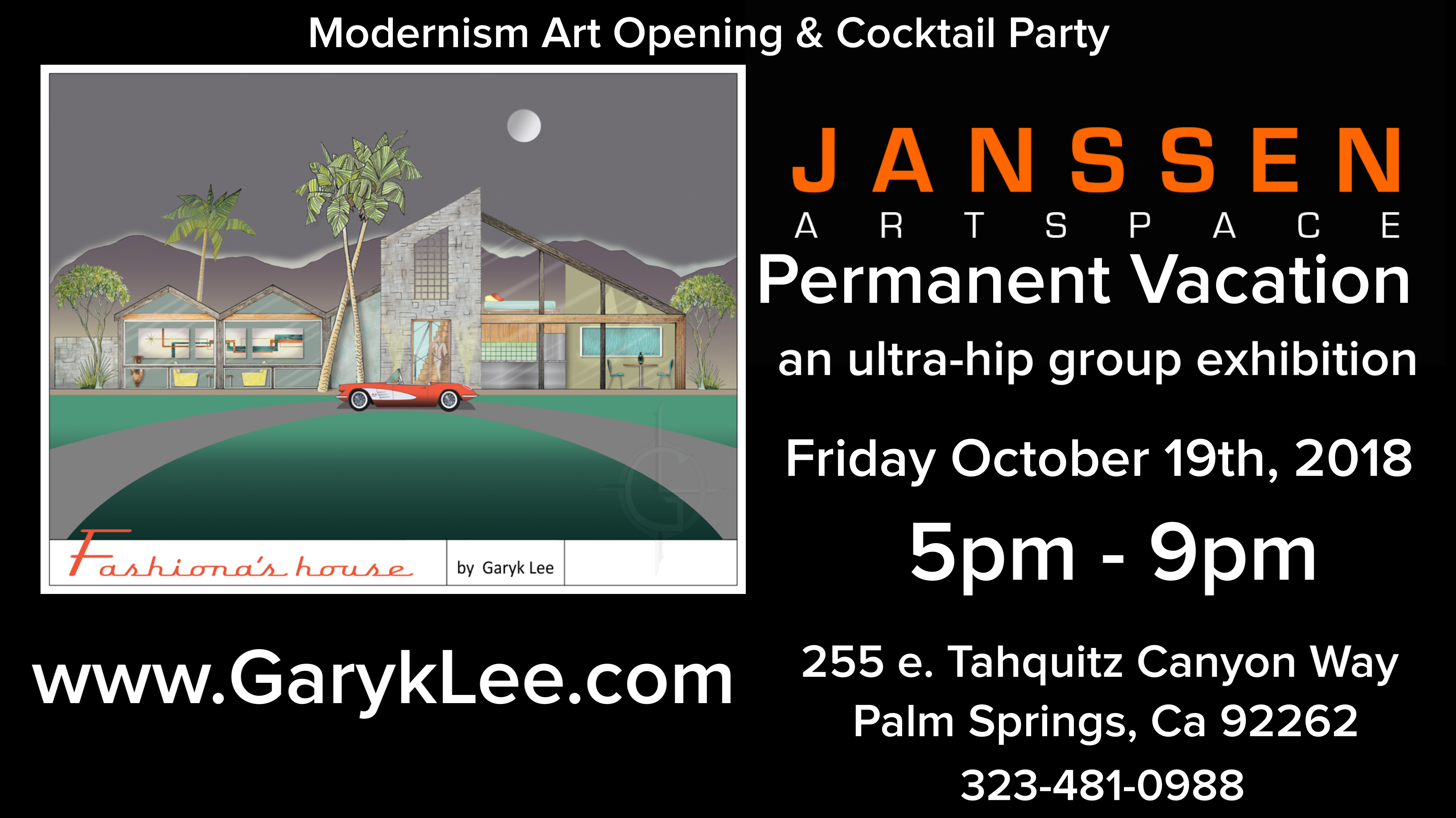 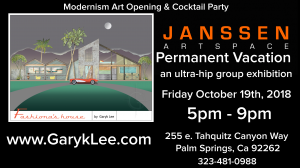 Artist Garyk Lee will be exhibiting his work at the Janssen Artspace ultra-hip group exhibition entitled “Permanent Vacation” during Modernism Preview Weekend in Palm Springs, California. The Modernism Art Opening and Cocktail Party will be taking place on Friday October 19th, 2018 from 5pm-9pm. Artwork will be on view from October 18th thru October 21st.

Garyk Lee is a world renowned creator, artist, fashion designer and is set to release his new television show Garyk Lee Style TV in November of this year. His work has been praised by some of the biggest names in the business including Mr. Blackwell, International Fashion Critic and designer Albert Nipon. He created a fashion theater style runway show in honor of Christopher Reeve, where the new name “The Christopher Reeve Foundation” was launched. Dinner chairs for this amazing event included Steven Spielberg, Albert and Pearl Nipon, and Sherry Lansing, CEO of Paramount Studios. For two years in a row he designed the Daytime Emmy Award gala gown for Palm Spring’s own Judith Chapman, star of “The Young and the Restless.”