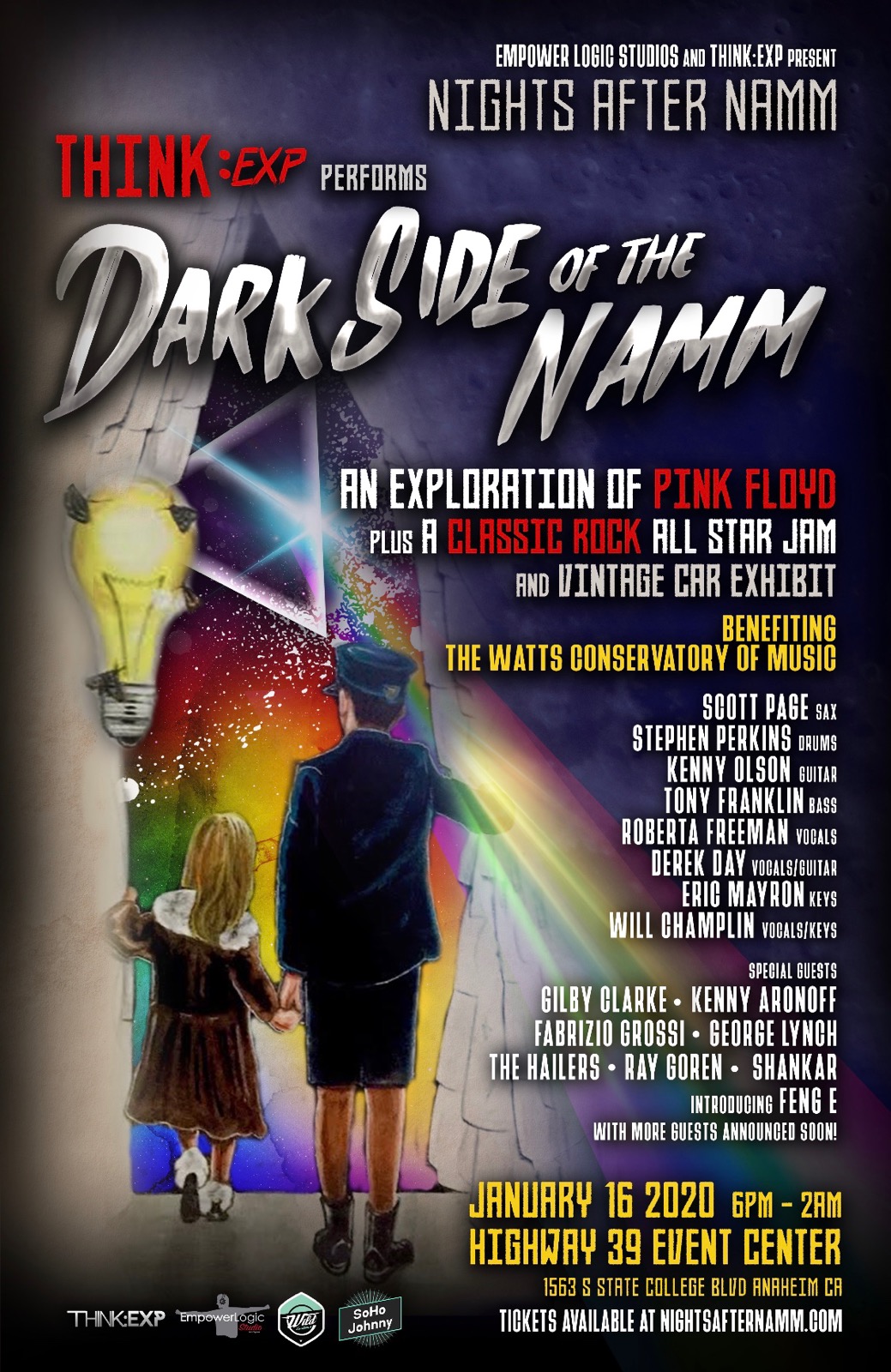 “Nights After NAMM” Goes To The Dark Side For Charity

Following a successful run of 30+ shows in Downtown Los Angeles, Think:EXP proudly brings its highly immersive, tech-driven concert exploration of Pink Floyd’s music to Orange County. The celebrity-packed performance combines the latest and greatest in technology, using lights, projections, lasers, and more with performances by some of the highest caliber musicians in the industry.

The show takes place on Thursday, January 16th at the Highway 39 Event Center, mere blocks away from the Anaheim Convention Center. Dark Side of the NAMM presents the music of Pink Floyd with an all-star lineup including Scott Page of Pink Floyd, Stephen Perkins of Jane’s Addiction, Kenny Olson of Kid Rock’s Twisted Brown Trucker and the Hendrix Experience, Tony Franklin from Jimmy Pages’ The Firm, and a rotating cast of surprise special guests. Following 70 minutes of Floyd, the cast will open up the stage into a classic rock super-jam with some of the greatest musicians in the world, featuring Gilby Clarke of Guns ‘N’ Roses, George Lynch of Lynchmob, Kenny Aronoff of John Cougar, Fabrizio Grossi of Sonic Blues Machine, and much more to be announced. Lasers, projection-mapping, high-tech visuals, and rock-star caliber performances promise the latest and greatest in immersive entertainment.