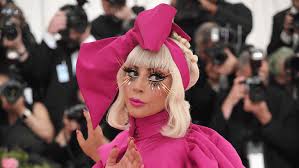 Lady Gaga says she is called ‘weird all the time’

The ‘Bad Romance’ hitmaker has an unusual dress sense and she has confessed that she is regularly branded “weird” for her fashion choices.

She told Women’s Wear Daily: “Over the course of my career, I’ve been called weird all the time. Even with my last album, ‘Joanne’, I wore a pink hat with every outfit. I used to joke with my stylist – Brandon Maxwell was styling me at the time – and he was like, ‘Do you have to wear it with everything? It just doesn’t go.’ And I was like, ‘Brandon, the hat doesn’t go with anything.’ I said, ‘That’s the point.’ I said, ‘This hat goes with nothing.’ I said, ‘This is Joanne.'”

Lady Gaga had previously gave an emotional speech about feeling “misunderstood” at the opening show of her Las Vegas residency.

She said: “I love you so much. I’ve known some of you for so long. And for a really long time, I felt so misunderstood. I thought the way I dressed, the way I talk, the attitude, they thought it was shallow. But this s**t is deep as f**k. I love you so much. I’m so proud to be your star, but the truth is, you gave birth to me. The past eight years of her life has been touring the world in stadiums and arenas. Scaling down to a theatre and living with the production limitations of a smaller space isn’t easy. I think fans will be really excited by what we’ve come up with, but it certainly hasn’t come without its challenges.”