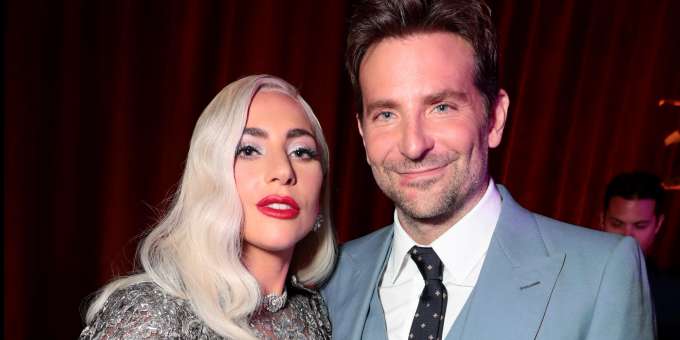 Bradley Cooper is keen to reunite with Lady Gaga for a special A Star is Born event.

The 44-year-old actor won rave reviews for his portrayal of Jackson Maine in the movie, which also served as his directorial debut, opposite Gaga as love interest Ally. The film earned both stars Oscar nominations and became one of the most successful movies of 2018 – with the soundtrack equally popular among fans.

During an interview on The Ellen DeGeneres Show, airing on Thursday (25Apr19), the host asked Bradley if he would consider touring with Gaga in support of the soundtrack. And while the screen star wasn’t sure about that prospect, he had another idea in mind.

“What I thought would be a cool thing to do, maybe one night, would be like a live reading of the script and sing all the songs as we read the script, like at the Hollywood Bowl or something,” he said.

Bradley and Gaga reunited to perform Shallow, their much-loved duet from the soundtrack, at the Oscars earlier this year. The performance hit headlines worldwide due to the emotional nature of their rendition, but the former Alias star admitted taking to the stage for the song was “pretty terrifying”.

“I actually wasn’t nervous, because I worked so hard, and Lady Gaga is so supportive. But it was terrifying,” he smiled. “Because I’m not a singer and I didn’t sing before this movie, so it was really crazy.

“But it just shows you that if you work really hard, and you’re with supportive people, you can do things that you never dreamed possible.”