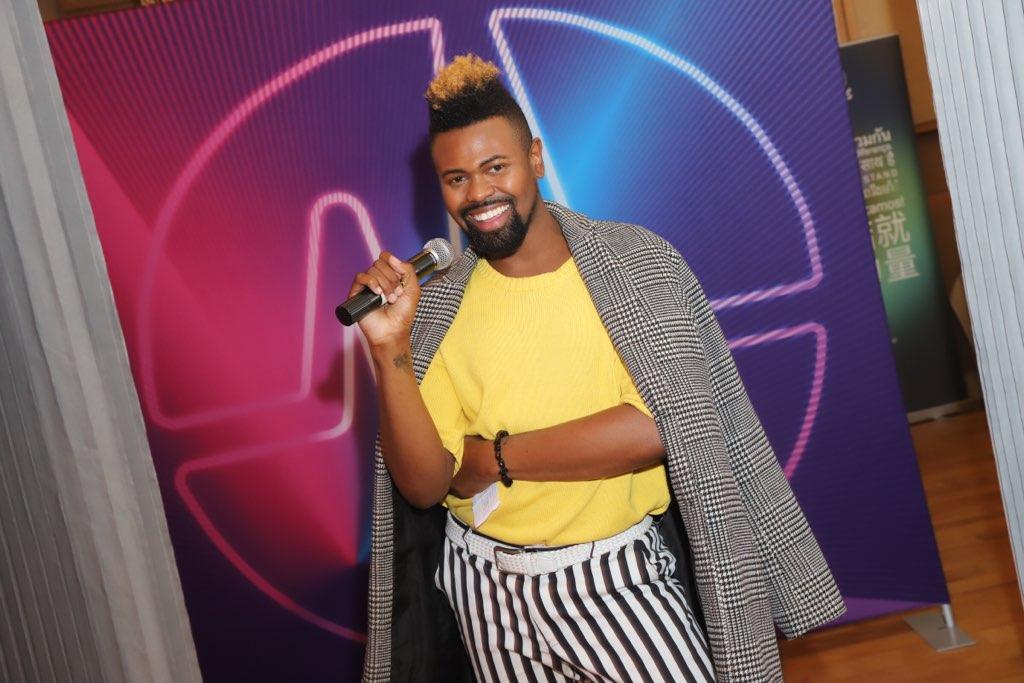 Here comes Mr. O’Neal, With A New Show And A Cause By Nathan James

As the holidays advance upon us once again, we put away the trappings of summer, and exchange them for the raiment of the colder months.  We turn to the comforts of home as a bulwark against winter’s long, dark shadows, and immerse ourselves in the diversions of the small screen.  Among the many talents gracing our parlors and bedrooms in this pursuit is a gifted writer, producer, and director who has been speaking to the Black LGBTQ community for many a season.  That’s acclaimed “gaylebrity” Dwight Allen O’Neal, who came to New York City from his native Little Rock, Ark., at a young age to embrace the theater and live freely as his authentic self.  “I’ve always wanted to tell stories about us,” says Dwight, who tackled the hopes, dreams, and dangers of LGBTQ life in New York with Christopher Street: The Series a decade ago, which featured such future stars as POSE’s Dominique Jackson and Aaron Sandler (Uncorked, Burial Boys).  This marked Dwight’s debut as an actor, executive producer, and screenwriter.

“I love to write,” Dwight muses, “and bring out the best of myself.  I’ve got some new things coming that I’m really excited about, too.”  These in-the-pipeline goodies follow Dwight’s work with his colleague and friend Dane Joseph(with whom he works in film at Novo Novus Productions) on Bravo’s Your Husband Is Cheating On Us and as a styling and sales expert for such brands as Bumble & Bumble.  On the way are appearances on Bravo’s Cash Cab, and the unveiling of Dwight’s latest Off The Clock Productions series premiere of Cock Tales, the long-awaited gay-bar follow-on to Christopher Street (“where the men come mixed up, never served straight up”).  Of this new outing, Dwight says “You’ll see some familiar faces from Christopher Street, plus new stars like Marck Angel and Mig Lopez.”  Cock Tales, scheduled for a Spring 2020 release, was years in the making—it was shot at the old Secrets Lounge in NYC’s Chelsea section—but it promises to be well worth the wait (yes, Dwight reprises his role as Jharemy, too).  Dwight, however, isn’t waiting to support the community, and he does so in a big way.

“Activism has always been a big part of what I do,” he relates, “and I want to give back to my community.”  After his tenure with Impulse Group NYC, an HIV-advocacy nonprofit, Dwight is now part of Beauty With A Cause (BWAC)where his extensive experience as a celebrity makeup artist serves him well.  “The whole idea is to use beauty to support those who need our help,” Dwight tells The Hollywood Digest.  It’s part of Dwight’s longstanding commitment to social activism that has been a hallmark of his career in television, film, and style.  You can keep up with Dwight on Facebook, Twitter and Instagram at @onealappeal, and, of course, by way of his engaging works which you can find right at home on your computer, phone, or telly!  Mr. O’Neal will be waiting.