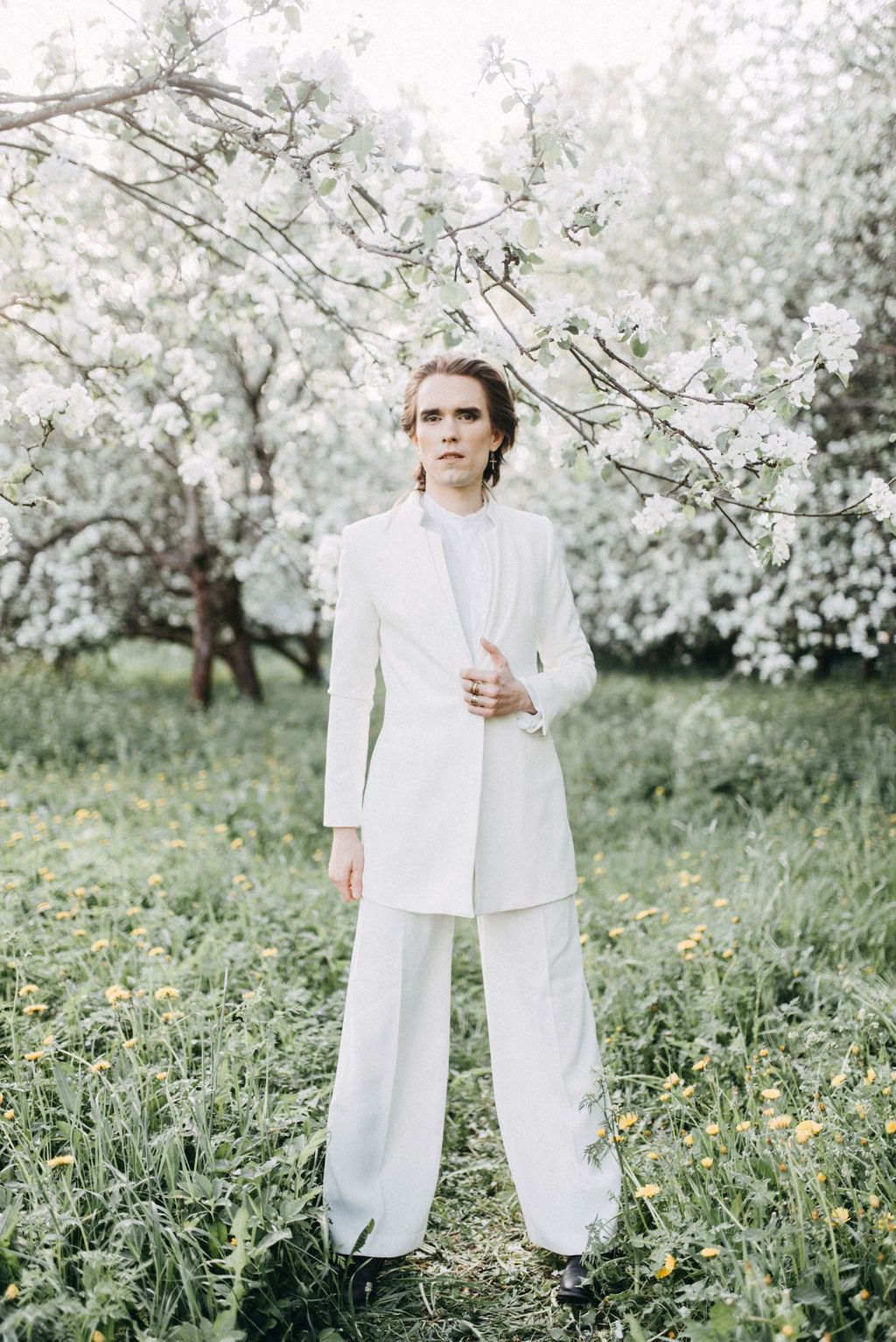 A key factor and member of the True Groove All-Stars, Artur Uronen is the band’s imported Helsinki, pedal steel guitarist. Finland born Uronen is now based in New York City and is also involved with his own band, Beverly Girl. Uronen is also the producer for Beverly Girl originally formed in his native country.

Artur and I shared questions and answers regarding his multi-faceted music career. Seeing Artur live on stage is like having a refreshing breath. He has a great rocker look as well as being a superstar talent!

How is it that you wound up coming all the way from Helsinki, and ended up with True Groove in New York?

I’ve never felt quite at home in Finland: most of my favorite music has been made over in NYC, and I always felt like I needed to try becoming a part of the whole lineage of artists and musicians of this city. That being said, I’ve been spending time regularly over in the US for about six years now, starting in 2013.

How did you start/become involved with Beverly Girl?

BG was formed in approx. 2011 in Helsinki, Finland. I met our singer Yohanna while we both went to high school. One day I was carrying a Womack & Womack LP with me, and she instantly recognized it – turned out we shared a very similar taste in music, and we started immediately talking about making music together.

How is Beverly Girl similar/dissimilar to what you do with True Groove All-Stars?

I’d say BG is more club/dance/electronic oriented, where True Groove is pretty much about ALL good music. That was the first thing that came to my mind – although both definitely have a goal of making the audience move their feet!

Beverly Girl seems to have a disco flair infused with a funky sound. Who writes the songs, produces the music and what inspires the sound?

I’m the producer and main songwriter for BG. We’ve always been very influenced by the early club/dance music records – we recently wrote a song together with David Frank from The System, which has always been one of our all-time favorite groups. Yohanna has always been really into the singers of that particular era: Whitney, Janet, Stephanie Mills and Miki Howard. I got drawn very early into all the records produced by people like Jacques Fred Petrus, Kashif, Jam & Lewis etc.

How has your background influenced your music?

One thing that definitely has affected me is the fact that I’ve collected records for most of my life. Going through discount bins in records stores led me to all kinds of things I wouldn’t have found by just playing the guitar per se. Also, this made me go “song and music first” from early on, instead of trying to focus just on playing any particular instrument.

How if any has your music influences changed since you’ve been in New York?

I wouldn’t necessarily say they have changed – in my case they have only deepened. Coming from a blues / r&b / soul / punk background NYC has always seemed to be the only true melting pot of these different styles. Lately it feels like this has disappeared though, and I’m hoping people would find a way to bring this back in a way or another.

Please explain the projects you are involved in with both bands, regarding new music?

Currently we have been working in Black Corleone Studios in Brooklyn with Tomás: we are launching a new project called “Kosa Nostra” – essentially a producer duo featuring the both of us among other special featured guests, and at the moment we’re finishing a three-song, self-titled EP which should be out in early November.

Working on “Kostra Nostra” has been extremely fascinating, as we both have gone outside of our comfort zones, all while having an absolute blast recording and writing new music together.

How many instruments or types of guitar do you play, and when did you first become interested in the music industry?

My main instruments are guitar and pedal steel. I started playing the former when I was 11, and after a few years became very interested in different kinds of steel guitars as well. Lately I’ve been extremely into resophonic guitars – I currently play a model which is sort of an acoustic guitar built of steel.

Thank you so much Eileen – I really appreciate it! ⭐✌