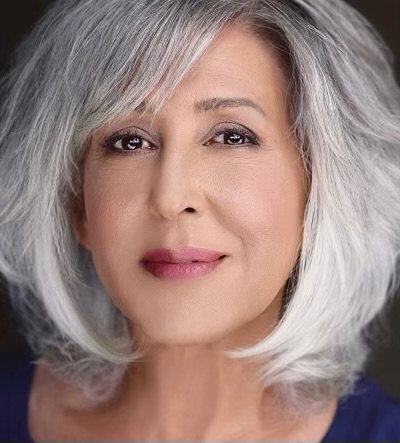 Actor, Producer and Director Zoë Yeoman: Connecting with Her Purpose

There’s a quote by Rumi, which says, “What you seek is seeking you.”

That seems to be the case with actor Zoë Yeoman, who believes acting, producing and directing are things she must do. Certain stories speak to her in a way that she feels called to help tell them. Even as a lifelong performer, Zoë has been in and out of the “business of show”, doing stints as a Financial Consultant, a Wedding Planner and an Etiquette instructor. Yes, many, many performers have had to have “day jobs” and that’s also been the case with her.

Yeoman has certainly been blessed with career longevity in the storytelling industry, which isn’t easy. She’s participated in Theater, Television and movie productions now and for much of her life, reaching audiences far and wide.

This remarkable storyteller started performing live in her late teens, having made her professional stage debut at Kings Hall in Heidelberg, Germany. After all, theater is something most actors compare to walking a tight rope. It takes a certain discipline and skill, which is something Yeoman has carried with her throughout her years.

Yeoman’s producing and directing credits include short films and One-Act productions for the Arizona Women’s Theatre Company’s, “Pandora Festival” and for Aux Dog Theatre’s “Laughing Dog” 10-minute play festival. She has recently been hired to direct Last Summer at Bluefish Cove, a ground-breaking play from 1980. Centered on the lesbian lifestyle; Jean Smart played a leading role and the ensemble won many awards for their portrayals.

On TV, Zoë has had roles in Law & Order: Special Victims’ Unit, David E. Kelley’s The Practice; Strong Medicine, The Drew Carey Show and the ABC Sitcom, Rodney. Most recently she was cast in the holiday Made for Television movie: Holiday in Santa Fe and AMC’s Better Call Saul.

And even with all of this, Yeoman has felt called to do more. She established a school on etiquette, and ran it for 13 years, understanding that our use of good manners was definitely needed in the world. She wanted to make a difference; helping children and adults, alike.

However, one career choice isn’t really that exclusive from the other. Social skills matter everywhere, even on sets. After all, she’s in a business that’s based not only on talent, but relationships. Her etiquette skills have probably helped more often than not, even as her talent speaks for itself.

Zoë, when did you know that you wanted to act?

The first movie I ever saw was The Jungle Book, I was in awe. The first play I ever was involved with was H.M.S. Pinafore in 6thgrade. I remember telling my Father at age 13 that I was going to be an actor when I grew up and I made my professional stage debut at 16 in a production of Godspell. So, it’s been a pretty long road and I have done what I set out to do. But there are other mountains to climb.

Was there a particular stage/movie/tv star that inspired you?

Really only one person: Cher. When I was younger, she was the only person on television that I looked like, could relate to, in that regard. Eventually Diahann Carroll and then many other people of color started to work. I remember performing the role of Anita in West Side Story for the first time and certainly being inspired by Rita Moreno.

What was the best tip you were ever given about acting, which helped your performances?

There really is no one “best tip”. There are so many different schools of thought as a student of acting… I take from them all. The joke (and it’s not joke), is to “know your lines and not bump into the furniture.” Sometimes that’s easier than it sounds. One of the biggest things actors have to overcome is controlling their nerves when they’re on set. Especially when you may not have had an opportunity in a while. Like anything, the more you do it, the better you get. When you languish, aren’t studying or aren’t in the arena, you can actually lose parts of your skill set. So a” best tip” would be to work whenever you can. Make short films; write. There are lots of reasons to do that, too. You meet people, people may hire you again and of course, adding credits to your resume tells people you’re ready for bigger opportunities.

You’ve done theater, television and movies. What do you appreciate about each? Do you prefer one over the other?

I love the rehearsal process that doing theatre affords. It’s my first love. I watched a documentary recently about Sidney Lumet’s rehearsal process directing the film Network. Gosh, if only we had that kind of time on set. I also adore the comradery that is built rehearsing with people for weeks. Being backstage, listening to the applause. Curtain calls. Really all that can make your blood just bubble! Film is fun; quick, 3 and done. As actors, who want to do it all, it’s important to get comfortable in and with every genre.

When did you decide to get into producing?

When I found out there are a variety of ways to create in film and stage, I came to producing. Whether that’s being a money raiser or working behind the scenes to be sure the right people are cast, that the schedule runs as it should and more. Producing is long, hard work and very rewarding.

Can you tell us about working with or just meeting any of your heroes?

I’ve worked with some very talented people, from Anthony Heald to Catherine Coulson, Drew Carey, Mariska Hargitay, René Auberjonois, Vincent D’Onofrio, and others. I haven’t met any “heroes” yet. I’m not sure I have really any of those, exactly. So many of the people I grew up watching and admiring are either no longer with us or no longer working, with a few exceptions, of course. Betty Davis was a big influence, as was Gena Rowlands. Meeting and working with Cher would be a big win in the hero column, though. I’d love to meet Cate Blanchett. The bottom line and as we all know, the people who work regularly get noticed. Those that don’t, can be just as deserving of our admiration and attention for their work in their craft.

Give some career highlights and/or achievements, whether it’s acting or producing.

Well, booking Law and Order: SVU, as my first true network television role was exciting. It was right out of the gate when I lived in NYC. It was a nerve-wracking experience however, and I wasn’t prepared really to stand toe to toe with two huge stars. That was a learning experience. The bottom line and what they don’t teach you in school, is how to handle those moments. I would suggest anyone who is getting ready to be in that position for the first time: ask for “help” around how to handle it. Probably the biggest highlight, was when I understudied for an Oregon Shakespeare production that was put up in Washington, D.C. at the Eisenhower Theatre. One of the actors I was understudying fainted at the beginning of Act Two. They closed the curtain and I went on 20 minutes later and that is how I got my Actor’s Equity card. The stage manager said it was the best understudy performance they’d seen in 20 years. That was a rush and a true example of preparation meets opportunity.

You’ve accomplished a lot. What are some career goals in regard to acting and producing?

Well, thank you! That’s kind, but a matter of opinion. Unfortunately, due to some family tragedies, I’ve had to drop out over the years and that puts you behind in the que for work.

I think casting folks and producers wonder where you’ve been when you disappear like that and then show back up again. I’m know they realize “life happens” for actors, but you really get no chance to explain why emotionally you’ve “left”, and consequently and in some ways, it’s a lot of starting over. But I am an actor; I’ve always been an actor and you learn to move forward and not to dwell on the “what could’ve been” in your career.

There are people I’d love to work with, scripts I’d like to produce and so it’s a matter of getting in their orbit. Whether that’s with Ryan Reynolds or Tom Cruise, Reese Witherspoon and Nicole Kidman; other known entities who you know you could just vibe with, in a creative capacity. It’s a tough business, this show thing. There are a lot of talented people in every area and it’s about stick-to-itiveness and a lot of luck.

Zoë, you also have taught etiquette for many years. Has your etiquette knowledge helped you in regard to the acting/producing side of your career? If so, how?

Well, it has. I think I do fairly well at being the “genuine me” when on set, in rehearsals or when meeting casting directors. People in our business can be under tremendous pressure, and they most likely are not going to have the time to get to know you or to ask if you need anything. All that said, staying positive, being kind to everyone and keeping the professional you at top of mind always helps. As a Producer I see that in people. One bit of advice, if you’re struggling you may ask for assistance. Don’t feel as though you can’t ask for something you need if your blood sugar is low, or you need 10 minutes to get through something. It’s all in a days’ work and you have a team behind you that’s getting paid to make sure things move smoothly for everyone.

What are your most recent acting projects that you can tell us about?

I thoroughly enjoyed my experience on Indemnitytv.com — those 6 episodes continue to stream online and we shot it in 2020 and everyone got through it and stayed well. We shot that whole thing on an iPhone! We were hoping for things to move forward with that project and time will tell. Additionally, I was cast in a Made for Television film called Holiday in Santa Fe that aired this past Christmas on the Lifetime Network, with Mario Lopez and his team. It’s also available On Demand. Look for me in a fun role, with Bob Odenkirk in Episode 11 of the final season of Better Call Saul.

I have three short films that are in post-production, one of which, Saving Faith, has won multiple screen writing awards and will premiere in March at the Las Cruces International Film Festival. Dispatch (based on a true story) and The Can should be out in late 2022.

I did help start a theater company (Actors Studio 66), in the Summer of 2021 and our inaugural production Life Sucks by Aaron Posner was supposed to open on January 28th. That’s been pushed now due to the COVID spike, so we’ll open with SHOUT! on April 1st. We thought Life Sucks was “the perfect play for the perfect time”, but alas, best laid plans. We have a season laid out, but with the pandemic continuing to wreak havoc….and after, that, who knows?

Learn more about Zoë by following her on Instagram at @zoeyeomanzy or at her websites, zoeyeoman.com and theogetiquetteexpert.com