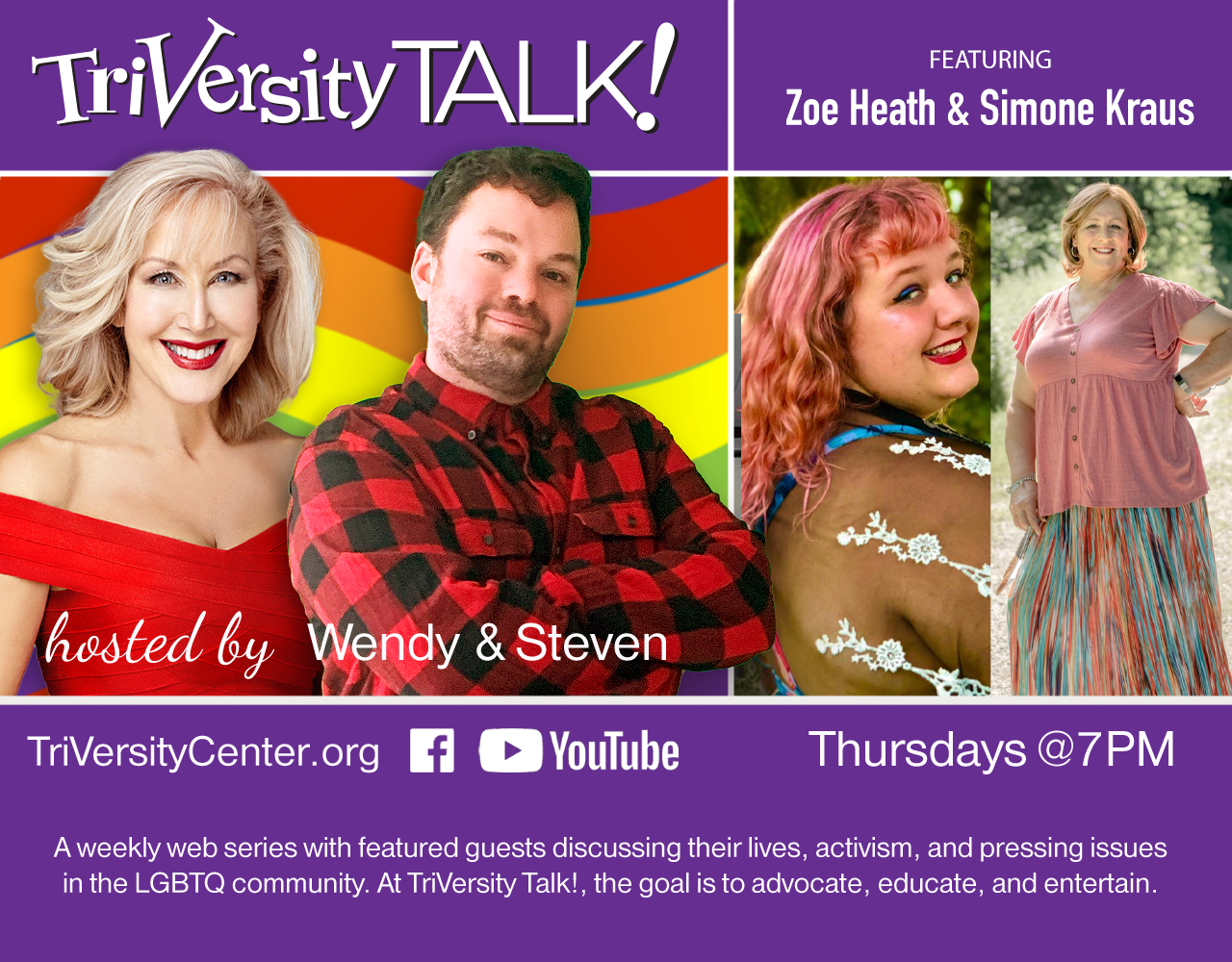 TriVersity Talk! is a weekly web series with featured guests discussing their lives, activism and pressing issues in the LGBTQ Community. With TriVersity Talk!, the goal is to laugh and learn.

More on Zoe and Simone:

Simone Kraus is currently the Vice President of TriVersity. She is a retired Pipefitter of 40 years and has been married for 39 years to her wife Mary. Simone is a regular panelist for Gender Equality New York and has written articles for several newspapers. She is currently writing her life story, along with two others from community, to be released in 2021. Simone was interviewed for and appeared in the movie ‘Rainbow Ending,’ directed by Alan Kaplan which was an official selection at the 2019 Chelsea Film Festival in NYC.

The official website for The TriVersity Center may be found at https://www.triversitycenter.org