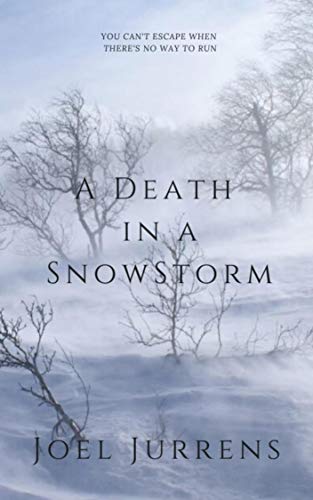 When a body is found during a blizzard, Special Agent Aaron Barnum is called in to investigate. Immediately he discovers clues that makes the local sheriff’s theory of an accidental death seem absurd. There are too many questions left unanswered. What did the deputy who found the body see disappear into the storm? What made the strange tracks that were around the body when the deputy found it? Who or what dragged the body a quarter-mile from where it was originally found?, and what does the hermit Wildman Bob know that he isn’t telling?

Agent Barnum’s meager outdoor survival skills in the cold will be tested to the maximum, and his ability to evade death when there is no escape tested even more.

“A Death in a Snowstorm” written by author Joel Jurrens in now available worldwide through Beacon Publishing Group. Get your copy on Amazon today: