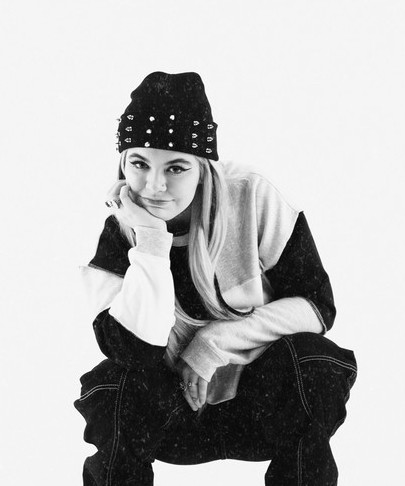 Xoë Miles’ New Single “Where Do We Go?”

Xoë Miles’ new single “Where Do We Go?” is the latest work from the alt-pop singer/songwriter and her self-taught talents are in full bloom. Miles’ commitment to writing her own material reflects her undimmed passion for creative expression. It has expanded to producing and engineering her work as well. “Where Do We Go?” will undoubtedly go over well during Miles’ frequent live appearances at an assortment of venues, festivals, and music conferences. Despite her frequent collaborations with various artists, “Where Do We Go?” emerges from her heart and soul as a thorough reflection of her personality rather than an amalgamation of various voices. That’s no small thing. Only the most talented artists are capable of such things and Miles certainly falls into that category.

Two guests join Miles for this single. Champagne Poppers and Raddix add a lot to the song and the duet aspect of “Where Do We Go?” sets the song far away from the pack. This is 21st century blues with a knife-edge sharpness capable of cutting through both time and space. It moves at a slow and gritty pace, driven by distorted guitar and precise percussion, and it’s a joy to hear each performer wring the song out for all its worth. Their total commitment to the performance sets it apart as well. Each vocalist engages the moment, attentive to every word, and it results in a impassioned performance.

Miles, however, caught me by surprise. I confess a lack of familiarity with her work before hearing this song. I believe, however, that she is a standout vocal talent with a voice reaching far beyond her limited years and she has smoky and soulful sophistication present in every syllable. It is telling that, despite her immense talents, she’s smart enough to work with other talented performers. There’s no arrogance here, no go it alone attitude, and her well-chosen collaborations further enhance an already stunning package.

Colorful is another way of describing this song. “Where Do We Go?” is the sound of someone with their back against the figurative wall on a hot city night and reeks of desperation. It has a clear life affirming vibe, however, because the song still stands even if the performer wrestles with uncertainty. The post-production effects present throughout the track never distracted me. They underline, instead, the atmospheric tone of the cut.

She deserves plaudits for a superb production and engineering job. It’s staggering to note that she’s self-taught in these areas though, without a doubt, she’s learned a great deal about how to realize her ambitions from working with others. Miles, however, has taken those lessons one step further and it helps shape material such as this into a powerful individual statement without any obvious reference point.

Xoë Miles stands tall as an one of a kind performer. There’s nothing cheap or imitative about her art and she’s assimilated her influences into her personal experiences without ever sacrificing accessibility. “Where Do We Go?” will likely remain a high point of her career as long as she continues to make music, but I believe even greater triumphs are awaiting this talented songwriter and performer.