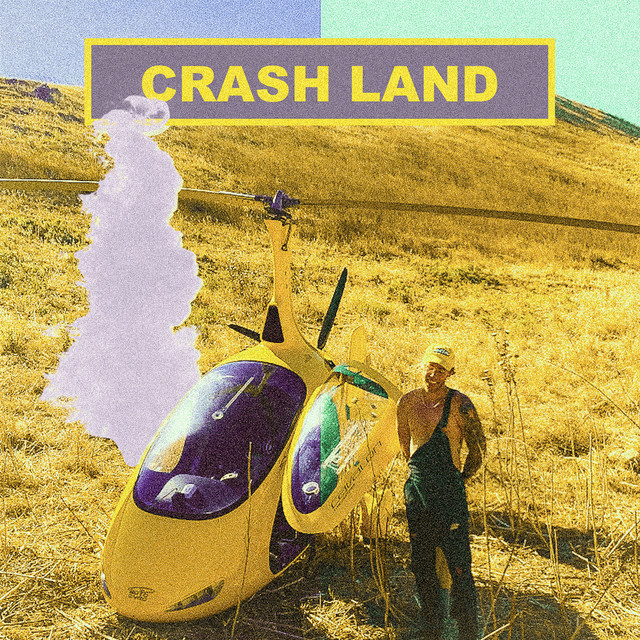 Wingman lives up to his moniker in the new single “Crash Land” this June, and you don’t have to see any of the track’s music video to appreciate just how high he’s flying in this performance. From the moment we press play onward, Wingman is sounding almost manically swaggering, starting with his extending his verses to the thrust of the synths and the percussion like his life depends on it. He’s spinning out of control in a very confined compositional setting, but rather than this breeding a messy melodic experience for fans, it winds up being one of his most emotional and thrill-inducing releases yet.

This vocal has a lot of passion sewn into its very presence, and I think it’s pretty evident that the words it’s conveying to us aren’t sourced from Wingman’s imagination. There’s both a literal and metaphorical meaning to the statements he’s putting up in “Crash Land,” as referenced in the raw music video’s depiction of an actual crash landing, and depending on the angle from which you’re breaking down the narrative here, it could just as easily relate to the recklessness that precedes any catastrophic milestone that befalls us between the cradle and the grave.

Stressing the groove in the chorus here wasn’t entirely necessary on Wingman’s part, but I can also understand why he would want to, given just how much tension it expels on the other side of his verses. There’s seemingly no end to the rush of colorful melodicism that comes pouring in from the synth componentry in the mix, and thus, using a brash percussive force to serve as a buffer wasn’t just clever arranging – it was efficient songcraft at its core. This isn’t a player I think we need to worry too much about in the studio, at least when it comes to exploiting his natural gifts as an artistic technician.

The music video for “Crash Land” is the best kind of DIY that I encounter as a critic – totally removed from the forced grittiness we find in a lot of pseudo indie content produced solely by mainstream entities. There’s nothing fake about this piece; it evolves as though we’re witnessing something unfold in real-time, benefiting from both the high production standards introduced by its creator and the fact that we’re looking at something essentially unrehearsed and unplanned to start with.

There are admittedly scores of interesting hip-hop hybrids debuting in the American and British undergrounds this summer, but among those that I’ve just recently found in my explorations left of the dial, Wingman and specifically his new single “Crash Land” are the undisputed cream of the crop. He’s got an infectious likeability about him in this performance that doesn’t completely center on the manner in which he’s rapping, singing, or even working this beat – it’s his personality, which we discover unobstructed by any of the filler a lot of his peers might have used in this instance. It’s substance over stylization, and that’s going to keep him on my radar for the foreseeable future.