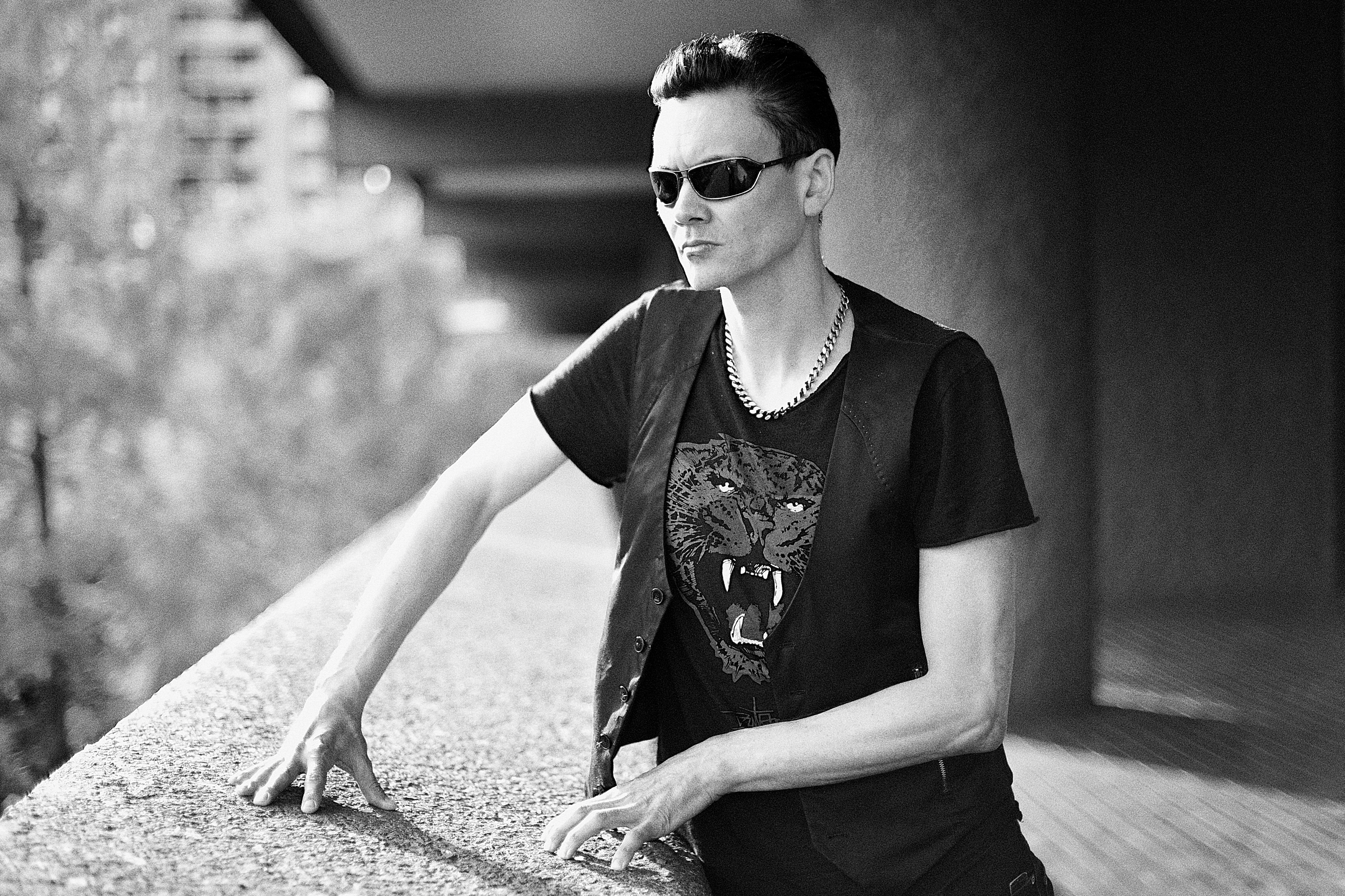 One of the most edgy and prolific guitarists and song writers on the planet, Will Crewdson, is about to start a massive UK tour followed by a West Coast tour with the iconic Adam Ant. However, there has been much focus on his own solo projects this year. Crewdson’s solo music comes in the decadent form of “Scant Regard” and duo faction, “She Made Me Do It”, featuring Shaheena Dax, (Rachel Stamp) on vocals.

Musically unapologetic, often on the brink of insanity, and always dazzling, Will Crewdson possesses an innate guitar sensibility. Having a history of playing guitar with Bow Wow Wow, Malcolm McLaren, Tom Jones, Bryan Ferry, Celine Dion, Tyler James, Rachel Stamp, and of course Adam Ant, Crewdson is considered by many one of the best guitarists globally.

I had a conversation with Will regarding some new music, some new projects and many forth coming performances, all found on his websites….

Aside from beginning a huge U.K. tour with Adam Ant followed by a huge US West Coast “Friend or Foe” tour this Spring, I thought I’d check up on some of your solo projects. What are you up to with “She Made Me Do It?”

We’ve got a new single out called “Fun and Games”, which is getting a lot of radio play. There is a video out there for that. It’s going to be on the next EP as well which is still being mixed. That will be out hopefully before the end of the year, if not early next year.

Is there a name for that new EP yet?

The next EP is called “Scorched.” We have a few gigs coming up after the Adam Ant tour. We’re playing Nambucca on the 19th of December in London. That’s right before Christmas. Early next year we will be going back to Belgium as well. We did a few gigs there and they went really well so we’re branching out a bit into Europe.

I’m always doing my Scant Regard thing on my own. I’ve got a load of London shows coming up round this touring. I started doing this cabaret….I play this rock n roll cabaret in London which is brilliant. It’s really good because there’s loads of burlesque and I go on at the end. I make it a bit more a one-off performance. Last week we had a Halloween theme and I had face paint on. I’ve got another one of those coming up the 15th of December. That’s my next solo gig and that’s at The Constitution in Camden. I’m working on new stuff, working on my next album. It’s slowly coming together.

I’ve had quite a bit of time off this year to concentrate on my own stuff.

So after the UK tour with Adam Ant you will be coming back to the states to do a West Coast tour?

Yeah, we’re doing the West Coast in April. We’ve done the East Coast already and there are a lot of festivals too, which will be cool.

So are you working on a new Scant Regard album?

I think maybe I’m being a bit more picky with this. Before, I let everything just flow. I sort of would write it and record as I was going along. This time I’m getting a load of ideas and registering the best bits together and hopefully come up with the best album yet. That’s probably why it’s taking a bit of time. I usually do one album a year, I try and do that, but I haven’t done one this year. So actually, it will be out early next year. I put out some tracks, to see what people think of them and I play some songs live. So, it will all come together pretty soon.

What inspires the songs you write? You kind of Think out of the box.

It depends. Scant Regard is kind of experimental. There is this one track I just did. I didn’t put it out yet, but I was in an Uber and the driver was talking. I didn’t even know what language he was speaking. I don’t know if it was in America or here, but it just sounded really cool so I kind of sneakily recorded him, and made him part of the track. I would credit him, but I have no idea where it was or who he is. That’s just an example but it can really come from anywhere. I’ve built the whole track around it, the dialogue.

That’s brilliant. If someone locked you in a room for two weeks and said you had to work on music, which music would you work on?

I kind of started something new at the moment as another thing to add to these, “She Made Me Do It”, and “Scant Regard.” So if I was really forced to concentrate with no distractions I might come up with something a bit more basic and be a bit more acoustic-based then the electronics stuff I’ve been doing with both these bands. I probably wouldn’t know until I was actually there, and it would depend on what state of mind I was in. I do like the idea of starting something new. Maybe it will be Scant Regard and I will go a new direction with that. I don’t know.

So you’re doing something new?

If nothing inspires me and if nothing comes up I won’t do it. I’m kind of open at the moment to branching out.