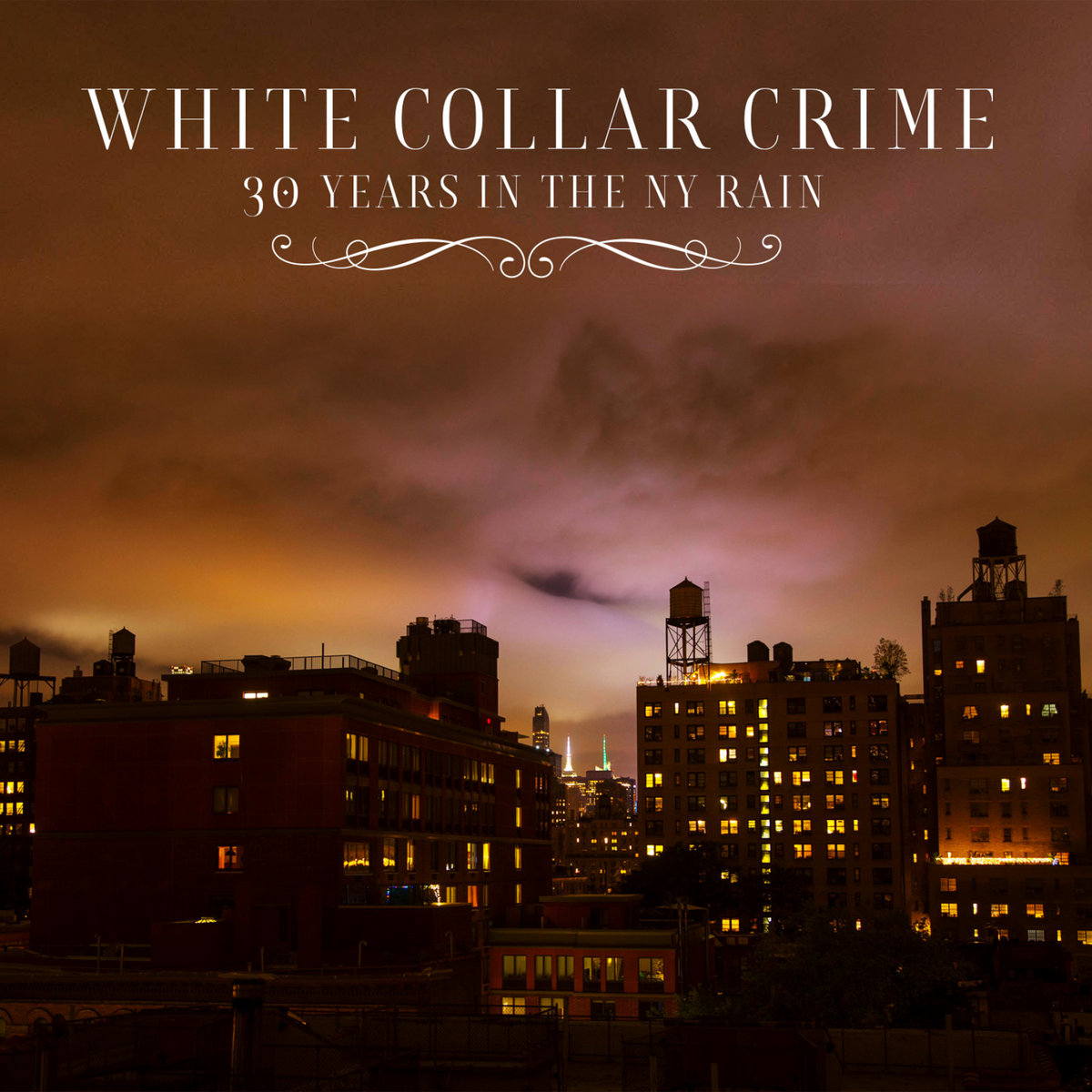 With the glow of a piano’s vibrant melody to lead the way, White Collar Crime’s 30 Years in the NY Rain starts off gently in the balladic “To Be Real” before segueing directly into the eclectic college rock of “Reason,” one of the more texturally expressive tracks on the album. These first two tracks on 30 Years in the NY Rain definitely do a good job of setting up the vibe for everything that follows, but as we’ll soon discover in this stately new LP from White Collar Crime, this is a band that isn’t about to play to a singular audience nor indulge in thematic predictability.

“Dream the Dream” has a surf-inspired sway to its percussive thrust that I really enjoyed in my first go-round with the album in its entirety, and though it’s followed by a slightly underwhelming slice of exoticism in “Letter to You,” its impactful harmonies definitely aren’t dampened as a result. “Just a Song” is a lovely take on Neil Young-style musicianship, and while the same can probably be said about “If You Call,” I don’t know that the former is quite as moving, at least instrumentally, as the latter is regardless of how many times I’ve listened to it.

“If You Call” spills right into “Sweet Surrender” without skipping a beat, but the acrylic fretwork found as we get deeper into the tracklist of 30 Years in the NY Rain definitely distinguishes the LP’s second act from its first (in a good way, mind you). “New York Rain” has a great little swing to its backend but never gets quite feverish enough to be danceable, but this isn’t a bad thing at all – on the contrary, I think that this material (groove-laden or not) has as much intensity from an arrangement perspective as it does in terms of measuring a conventional sonic threshold.

White Collar Crime take a break for another burst of adrenaline in the alternative rock anthem “Cigarettes” before slowing down for some electrifying balladry in “Just Like Me,” and while “Leaving You,” the second to last track on the record, is the longest song here, I found it to be one of the most fluid of the set. Progressively-stylized with a gilded bassline and flowing string melodies at the top of the master mix, “Leaving You” is a production masterpiece among what could be described (rightly) as much milder songs, but had it not been included in 30 Years in the NY Rain, I don’t believe this album would feel as complete as it does.

“Chasin’ My Tail” brings this new record from White Collar Crime to an end, and much like the concluding chapter of a short novella, it leaves a chilling open-endedness in the void created by the sudden disappearance of its melodies that makes me hunger for more content from the creators. 30 Years in the NY Rain is indeed a testament to the longevity of a deeply creative group of players, but more than that, it’s a great collection of songs tailor-made for audiences who are sick of the mainstream mundane.