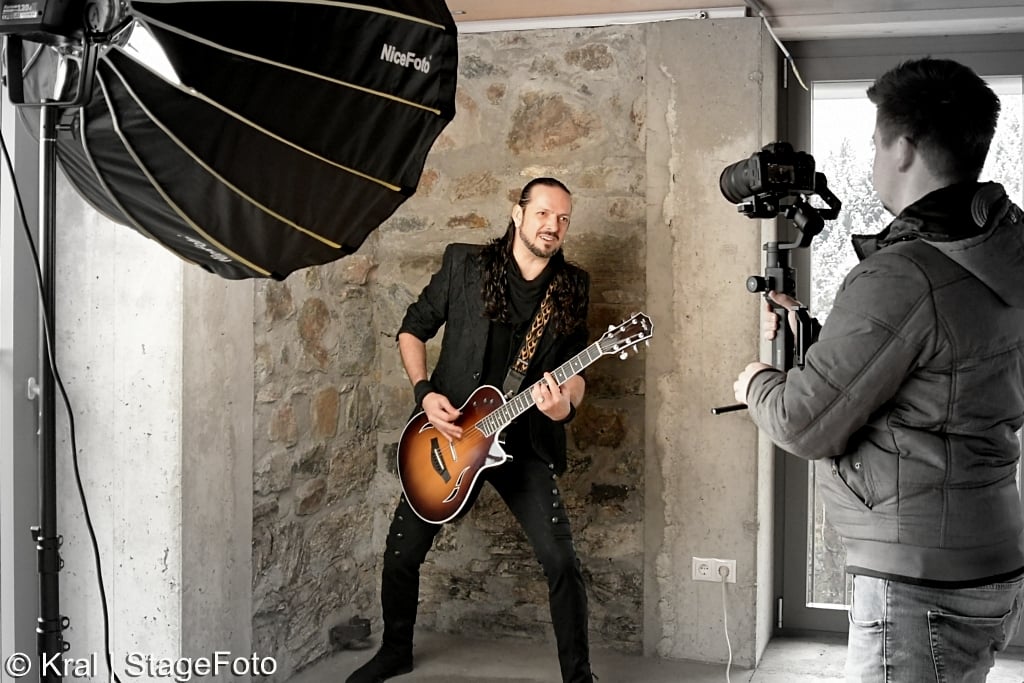 “When I Cry” by George Theodorou

It might be true that George Theodorou didn’t needn’t the grandiosity of the guitar parts in his debut single “When I Cry” to sound as epic in his performance as he does, but in all actuality, I think his use of indulgent componentry speaks volumes about the elemental distinctions between his output and that of the competition this season. Theodorou has the sort of voice that doesn’t really need any of the bells and whistles so many of his contemporaries would not be able to record a song without, and when it’s paired with the larger than life fireworks it is in “When I Cry,” there’s no resisting the ensuing deluge of decadence and commanding melodicism that inevitably comes barreling through the speakers.

The piano and the vocal define the harmony more than the other instrumental parts in this track do, but without the intensity of the riffing during the chorus, I fear the percussion would have been a little too loose to give the rhythm the stability it needs here. The guitar absolutely guides the grooving in “When I Cry” more than the drums do, but this doesn’t discount what the percussive component of the mix is able to add to the bassline’s slithering presence. Collective muscularity is something I normally count on from metal and ambient recording artists exclusively, but here, George Theodorou is putting on a clinic as to how pop musicians can use it to their own advantages when composing something emotional and gutsy.

The multidimensionality of this song hints at much bigger things for this artist’s brand down the line, and I think if we look at the hook from the perspective of its experimental construction, we get a decent clue at what Theodorou might be able to come up with on a limitless budget. He could certainly stand to be a little more efficient with his execution, but the bones of this performance have an almost operatic quality that I don’t necessarily want him to mess with – mostly because I would hate to see him lose the spectacular natural ‘it’ factor he has in the more cinematic moments in this track. There are a lot of directions in which he could take this sound right now, but the key rule to live by should be steering clear of anything that will minimize his vocal’s role in any release.

If this is an early look at who George Theodorou is going to become in the next few years, we might be looking at one of the most important young pop musicians to emerge from the Greek underground in the past three decades or more. There has been endless discussion about the European circuit in the last couple of months, but I don’t get anything out of “When I Cry” that sounds forced or aligned with someone else’s vision – let alone that of an entirely commercial movement. Theodorou seems like the real deal to me, and the passion he has in this rookie release is something I’m dying to obtain more of.