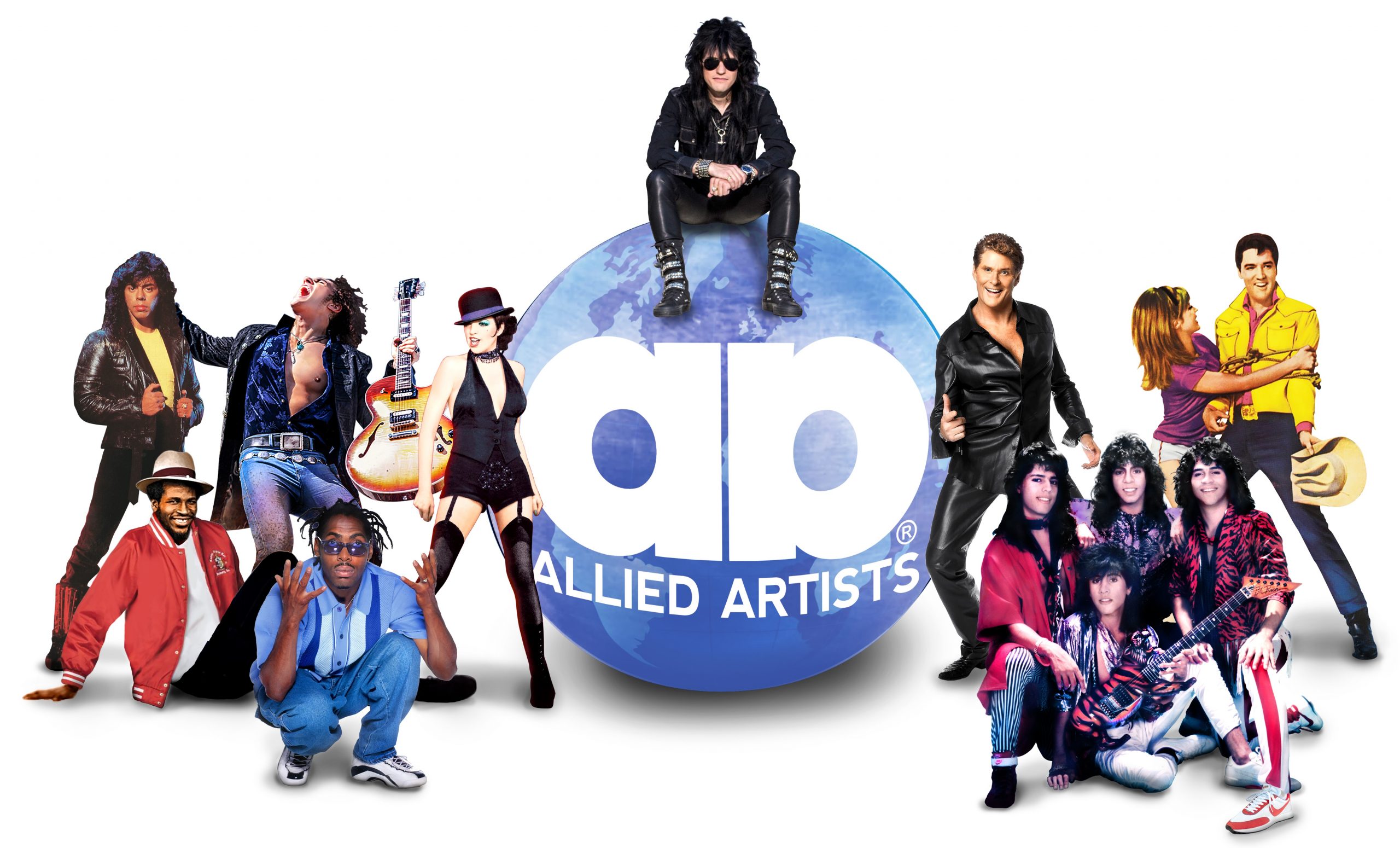 Within the ever-changing business of music rests the usual suspects, Universal Music Group, Sony Music Entertainment and Warner Music Group or “The Big Three,” as they’re known today. Each are household names that account for the vast majority of what used to be the record business, considering its extensive history of mergers, subsidiaries, divisions, imprints, and distributed labels.

Richards’ first order of business was to establish a mainstream roster of artists to balance out the soundtrack heavy catalog that kept the record label afloat. In addition to Renegade, he brought Vintage, another of his CBS era bands, with him. Richards recalls Vintage as “a great band that simply broke up as is the case with many very creative but high- spirited groups.” Renegade, on the other hand, consisted of four young Hispanic boys from East Los Angeles and beyond, who were playing rock ― heavy metal, if you will ― with no particular allegiance to traditional Latin music. Richards believed that Renegade’s career would turn on acceptance among the new breed of metal fans enthralled with AC/DC, Van Halen, Queen, and bands of that ilk. While Renegade’s Hispanic heritage was important to who they were, it didn’t define them at all. In fact, the four Renegade boys wore Nike tennis shoes, typical rock paraphernalia, prancing on stage with long, wavy, and thoroughly teased hair. After building up a rabid local Los Angeles following, Richards recorded and produced their first album “Rock N’ Roll Crazy!” and tapping his friend Merv Griffin, exposed Renegade to audiences around the world with an appearance on Griffin’s globally syndicated Dance Fever. While U.S. audiences were enthralled by Renegade, Japanese and Latin American audiences embraced them nearly overnight. Today, Renegade has sold more than 30 million records collectively around the world.

Having established Renegade, Richards brought in other young bands, such as Exodus and Pantera, to further push the label into a mainstream record direction. Richards’ success elevated him to President, where he sought out more contemporary artists to help fill out the rising boutique label’s roster. Tapping the talents of famed producer Michael Rapp, the company signed and released music by Charmaine which was produced by Rapp.

Meanwhile, Luis Cardenas, the drummer for Renegade, embarked on a solo career that took on a more contemporary but enlightened direction. Rapp had been appointed to head the company’s productions. Richards and Rapp began a sophisticated effort to produce Cardenas’s solo album, which took a decidedly different path than Renegade’s prior offerings. The resulting album “Animal Instinct” spawned several hit singles and racked up a Grammy nomination for the young drummer.

Although Renegade was never marketed as being a Latin or Mexican-American band, the 1990’s success of phenoms Ricky Martin and Carlos Santana drew attention to the only band considered to be the “first heavy metal Latin band” ― from East L.A. no less! In 2000, Renegade rode in an antique convertible along the entire annual East Los Angeles Cinco De Mayo parade route. Young Hispanic kids who weren’t even born during Renegade’s heyday could be heard screaming “Renegado, Renegado” as the four careened from side to side, high fiving a whole new generation of fans. Ritmo Beat Magazine immortalized the term being used by Mexican-American fans to honor Renegade: “Chicano rock-gods.”

With the excitement whirling around Renegade, Baywatch sensation David Hasselhoff signed onto the Allied Artists Records roster, recording a Spanish language album. In addition to Hasselhoff, the roster was expanded to include rap artists, including Coolio and Chap Cheezee. In an unusual pairing, Coolio and Kenny Rogers filmed a music video for Coolio’s rap version of The Gambler. By the millennium, parent Allied Artists Records, became Allied Artists International, Inc. (AAI), with the film and music ends of the company being rebranded into Allied Artists Film Group and Allied Artists Music Group (AAMG). Richards became CEO and Chairman of the Board of AAI, bringing in Robert Fitzpatrick to head AAMG. Fitzpatrick, who had an illustrious career first as an attorney for The Beatles and later as Robert Stigwood’s partner while co-managing The Bee Gees, took over the music group and immediately revamped distribution to maximize its global reach. Although the music group had sub-distribution agreements with The Big Three (then the Big Six), Fitzpatrick contended that AAMG should hone its own independent distribution network to enable it to control its priorities, without being at the mercy of a major, who may or may not prioritize AAMG’s releases. Fitzpatrick audited the distribution reach of the film group’s home video network and that of the music group, concluding that significant duplication existed. Fitzpatrick devised a plan whereby the independent distribution components of both the film and music groups would be combined to form Allied Artists Music & Video Distribution (AAMVD). By combining distribution assets, AAMVD was able to create an extremely robust global network of home video and recorded music distribution, literally capable of reaching every viable market on the planet. Before it was implemented, the “Fitzpatrick Plan” was mocked as being unrealistic. Shortly after implementation, it was widely viewed as genius. With Fitzpatrick signings of Eek-a-Mouse and Sweetwater and a truly global distribution network, AAMG was leading the independent pack, by regaining its fundamental independent roots. Richards soon promoted Fitzpatrick from president of the music group to corporate president of the parent, AAI.

As newly appointed president of parent AAI, Fitzpatrick’s first order of business was to fill his freshly vacated presidential shoes at the music group. Fitzpatrick tapped longtime friend of both he and Richards, Stephan Bauer-Stace, who had an extensive history with such music icons as Led Zeppelin, The Rolling Stones and Jeff Beck. As Bauer continued to rebuild the music group, Richards discovered Norwegian guitar. sensation Rocky Kramer, who was at the time an unknown foreign student attending classes in California. Although Richards discovered Kramer, he left the decision as to whether to sign the new artist to Bauer.

Bauer was enamored with Kramer’s guitar prowess, likening him to Jeff Beck and Eric Clapton. With Bauer’s decision to sign Kramer, Richards agreed to produce Kramer’s debut album “Firestorm.” Kramer represents a new breed of musician for AAMG, reaching out to the Pink Floyd and Dream Theater audiences, while well satisfying the Yngwie Malmsteen breed of guitar aficionados. Richards took his time developing Kramer, while auditioning band members capable of keeping up with the progressive rock regimen Kramer’s music demands. With Kramer, AAMG was adding a whole new dimension to its label roster and direction. Though Kramer is a bonafide guitar hero, his classical music background and writing style are as unique as they are enticing. Firestorm is a concept album, filled with engaging sounds as bizarre as car horns honking and rude drivers screaming, all set to Kramer’s extravagant neoclassical compositions. With Kramer’s addition to the AAMG roster, the last of the truly independent record labels distinguishes itself as the place to be for established or up and coming artists alike.

In November of 2015, Bauer was rushed to the hospital where he was diagnosed with cancer. Following emergency surgery, Bauer remained hospitalized as he attempted to run AAMG from his hospital bed. Industry veteran John Velasco-Mills (Michael Jackson, ABBA, ELO, John Denver, Marvin Gaye, and Davy Jones), a longtime friend of both Bauer and Richards, stepped in to handle music group operations while Bauer took a leave of absence to concentrate on his health. Unfortunately, in June of 2016, Bauer lost his battle with cancer, after which Richards announced that Velasco had agreed to become the permanent president of the music group, where he remains to this day. Under Velasco’s leadership, the music group has strengthened its international distribution reach, along with its global promotion and marketing.

Kramer’s Firestorm album was not only digitally distributed around the world, but his physical CD and its companion 180 Gram High Quality Double 12 Inch Vinyl Disc album can be purchased on every continent. In light of the pandemic having stopped nearly all live performances around the world, AAMG has produced a weekly interactive broadcast called “Rock & Roll Tuesdays with Rocky Kramer” that airs on Twitch and attracts fans from all over the world. Even though fans can’t attend a live Kramer concert during the pandemic, he’s keeping his name and music in front of the public on a weekly basis. Meanwhile, Allied Artists Music Group, one of the oldest record labels in the world, is at the forefront of technology and innovation, proving that what’s old can also be new.

(Don Peterson is an Arts and Entertainment reporter and music critic)