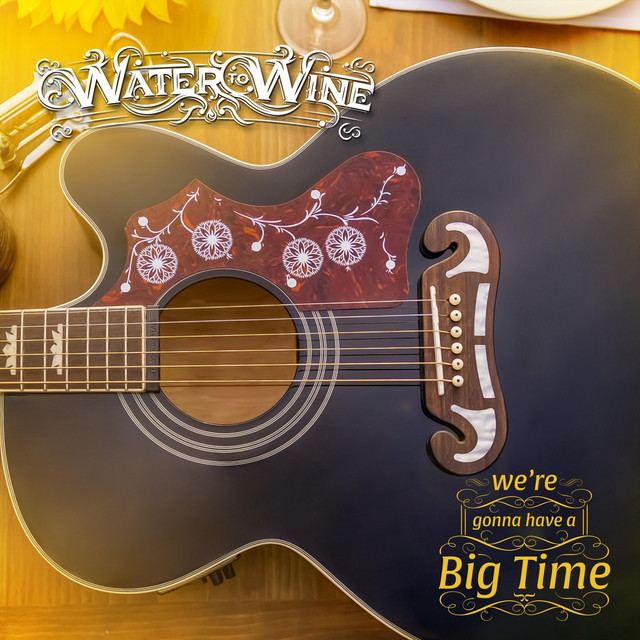 “We’re Gonna Have a Big Time” by Water to Wine

Some of the most celebrated songs in country music have been powered by a catchy, memorable beat, and while this might not have been the primary inspiration for “We’re Gonna Have a Big Time,” you can tell that Water to Wine was considering this fact going into the recording studio. There’s an evenness to their play that some might argue is robotic, but I find rather charming and more inviting than the jagged grooves alternative country outfits have been producing in the last couple of years. “We’re Gonna Have a Big Time” is what its name would have us believe it is, although its only true accent of indulgence is melodic in nature.

The vocal exchange in the first act has a friendly tone that could have been expanded upon a little more later on in the song, but I like what it says about this act’s continuity in general. The lyrics aren’t necessarily the most important agent of evocation in “We’re Gonna Have a Big Time” largely because the singing creates a mood all by itself. This isn’t to discount the verses or the relentless rhythm of the chorus, but merely to highlight one of the best features Water to Wine has going for them.

Overall, chemistry is undeniably this band’s sharpest weapon at the moment, but their zeal for infusing pop influences with a hearty country harmony is a close runner-up. This hook has got such a rich feel to it, but not because of anything synthetic in the mix. Every part of the instrumentation sounds organic and preserved by the producer’s approach to the composition, and this tends to feel like another situation where Water to Wine is showing their competitors how over-stylized the country genre has become – by not making something generic.

Major label country has been rejecting simplicity out of the underground for a hot minute, and it’s hard to understand why when breaking down a piece like “We’re Gonna Have a Big Time.” The songwriting is pretty straightforward, and yet the music is more full-bodied than anything I’ve been hearing on the radio in the past month. It helps that Water to Wine isn’t putting a lot of gloss on the mix, but even if they had, the play that they’ve got to offer in this release is enough to warrant a lot of attention from ears well outside of indie circles.

I got into this act in 2022 and from the looks of what their sound is currently consisting of, they’ve got a future ahead of them with country music’s most faithful listeners. They’ve got some areas that could use a bit more refinement, but the actual soul of their work is absolutely spot-on for what they’re trying to create with a song like “We’re Gonna Have a Big Time.” This isn’t music you have to think too much about when you put it on the stereo, and considering what country has been dishing out on all ends lately, that makes this song a moderate treasure.