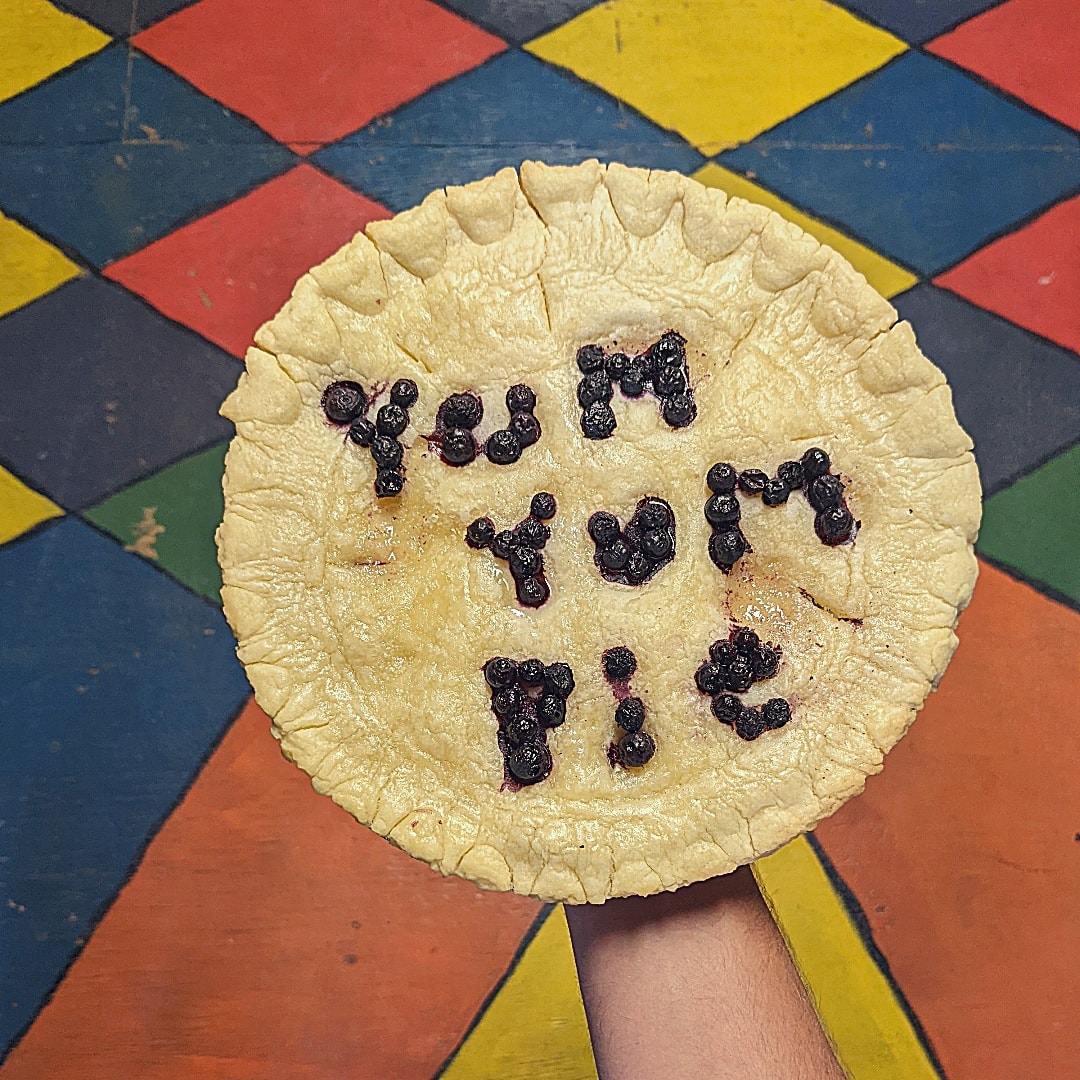 Like a cool autumn breeze gusting through a solemn, empty field, the instrumental melody that greets us within the moving “In the Turnstile” is only a small sampling of what’s soon to arrive in the wake of its cold salvo of string play. Unlike the complexly organized “Can’t Be a Prophet,” “In the Turnstile” takes a few seconds to find its shape, but once it does, it’s as important a track in Webster’s Wheel’s Yum Yum Pie as any of the other eight it’s joined by are.

Neither Daniel Lee Webster nor Marie Robertson wants to waste any time getting right to the guts of their focused but very patient rhythm and rhyme in Yum Yum Pie’s first song, the aptly-titled “Part and Parcel,” and while they flirt with country lyrical themes in tracks like “All This Time” and the friendly “Yum Yum Pie,” there’s never any question as to what the driving force behind this LP’s aesthetics truly is. Listeners with an ear for folk have a lot to dig through here, with every dimension of the music revealing a different element inside of these two singers’ songcraft.

In “Warf Air,” the duo lets a poignant guitar element colorize their lyrics without ever relinquishing the verses’ spot in the center of the spotlight, and similar to what they do in “Sparkle Eyes,” they have no problem balancing out their singing with the instrumental parts at all. There’s a great fluidity to this tracklist, with even the inquisitive “Part and Parcel” sharing a certain artistic core with more pensive numbers like “Diamond Floor,” but I would stop short of calling Yum Yum Pie conceptual.

Indeed, there are shades of a progressive folk sound in “With My Hat” and “All This Time,” but by and large, these are songs that could be played out of order (and in any context, for that matter) and still feel real, raw and laced with an honest vulnerability. The twosome’s younger peers should take a page out of their book in this respect; where others are content to commit to one specific formula in the writer’s room, this is an act that follows their own narrative on stage and in the studio, and the work they turn in, as a result, is without a doubt far superior to what I hear out of the masses.

If the quiet swaying of “Warf Air” doesn’t send chills down your back, the sterling strings of “With My Hat” probably will, but no matter what your style of minimalist Americana-influenced folk is, Webster’s Wheel has you covered this year with Yum Yum Pie. Yum Yum Pie is getting one heck of a reception from the press at the moment, and though you’ll have to hear it on your own to decide what it’s worth, I think I can get why so many critics and fans have been applauding its mighty melodicism recently. Good, clean folk has become a scarce commodity in the latter part of this year, but in a duo like the great Webster’s Wheel, we find a pair of singers who are still clinging to some sense of tradition while growing with their artistry on a reliably consistent basis.