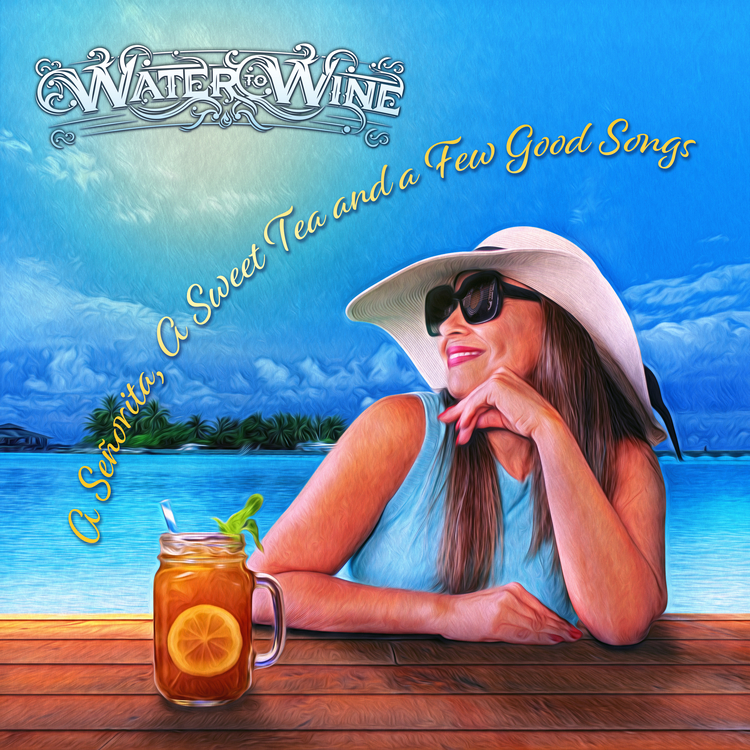 The guitar parts in this album are some of the cleaner instrumental components of the mix, but they don’t cast such a large shadow as to make us ignore the tonality of the vocals, nor that of the keys or even the percussion. Everything in A Señorita, A Sweet Tea and A Few Good Songs has a bit of color to it, from the physical components to the melodic, and scarcely is there an instance where they aren’t blending together in a harmony that has more of an expressiveness than all of the plasticized pop music on the planet does.

I dig the rhythm of “Water to Wine,” “Sing You a Song,” and the stomping “We’re Gonna Have a Big Time,” and there’s no debating whether or not it’s one of this band’s greatest weapons of choice. Using beats to emphasize their lyrics, Water to Wine eliminate the demand for synthesized melodic componentry or even any additional virtuosity from the players outside of what these simple blues bars tend to call for. It’s something I would love for their rivals to take up in the future, but at the moment it’s one of the elements that define their sound over the competition.

“It’s All Good,” “Chillin’ with Me,” and “Sisters and Brothers” would all kill in a live performance, and as original material, I think this trio of tracks speaks to the diversity of influences Water to Wine holds dear more than any others. The bottom line here is pretty simple – this is a band intent on celebrating the depth of Americana, especially from an electrifying perspective, and both their ballads and their bruising singles paint us this picture. A Señorita, A Sweet Tea and A Few Good Songs is a good start to their campaign, but likely not the peak they’re going to reach at some point or another.