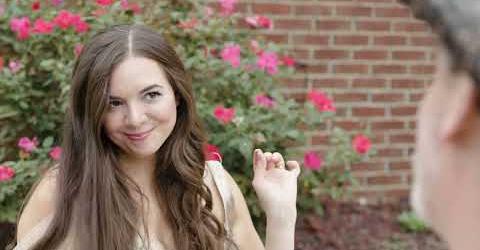 A groove the size of a mountain wastes no time in blanketing us with rhythm and tonality of the best kind as we listen in on “Loving Sunshine Dream” from War Panties. Strikingly bouncy and startlingly seductive in its many twists and turns, this all-new release from the experimental rock syndicate breaks off thick bands of melodic ribbonry without a second thought. There is no sonic filler and fluff for us to sift through to appreciate the layers within the harmonies here – in fact, for as complex an arrangement as they gave this track, it’s a cut-and-dry piece of material.

The chemistry is off the charts good, and though there are a lot of different components for us to focus on, nothing in this track or its counterpart in “Ready 2 Git Ready” feels particularly overwhelming or overproduced. Neither song is the easiest in the world to classify using traditional subgenres and style terms, but it’s nevertheless produced by one of the most addictive studio acts I’ve had the chance to sit down with this fall. I haven’t put these songs down yet, and once you’ve given them a spin, I think you’ll understand why.

The drums aren’t as big in the mix of “Ready 2 Git Ready” as one might assume they’d be, given the funky design of the beats. This doesn’t affect the impact of the grooves here – because of the beefiness of the bass parts here, there’s scarcely a moment where it feels like there’s any room for more percussive indulgence. The ebbing of the melody around the minute-and-a-half mark in the track is tension-inducing beyond question, but it builds the energy for the climax like no other compositional device could have.

My gut tells me that “Ready 2 Git Ready” and “Loving Sunshine Dream” were probably created amid an extended jam session from which these players sourced a lot of eccentric concepts, but in any case, I’d love to hear what they could do with this material in a live environment. They could easily squeeze another ten minutes out of an extended medley of both tracks without making it feel bloated or overexploited, and it could show us even more of their personality in the heat of the moment

There are more than a few interesting acts making waves in the underground right now, but in the American underground, I can’t say that I’ve heard any quite as unique as War Panties. Daring to be different in an age that is rewarding sonic assimilation far more than it should be, War Panties aren’t backing down from the challenge of being one of a kind in “Ready 2 Git Ready.” Going off of what they’ve released here, I think we’re going to get a proper album as this new decade from this act very soon. I’ll be staying tuned to their output very closely, and I highly recommend that other fans of eclectic alternative rock think about doing the same.