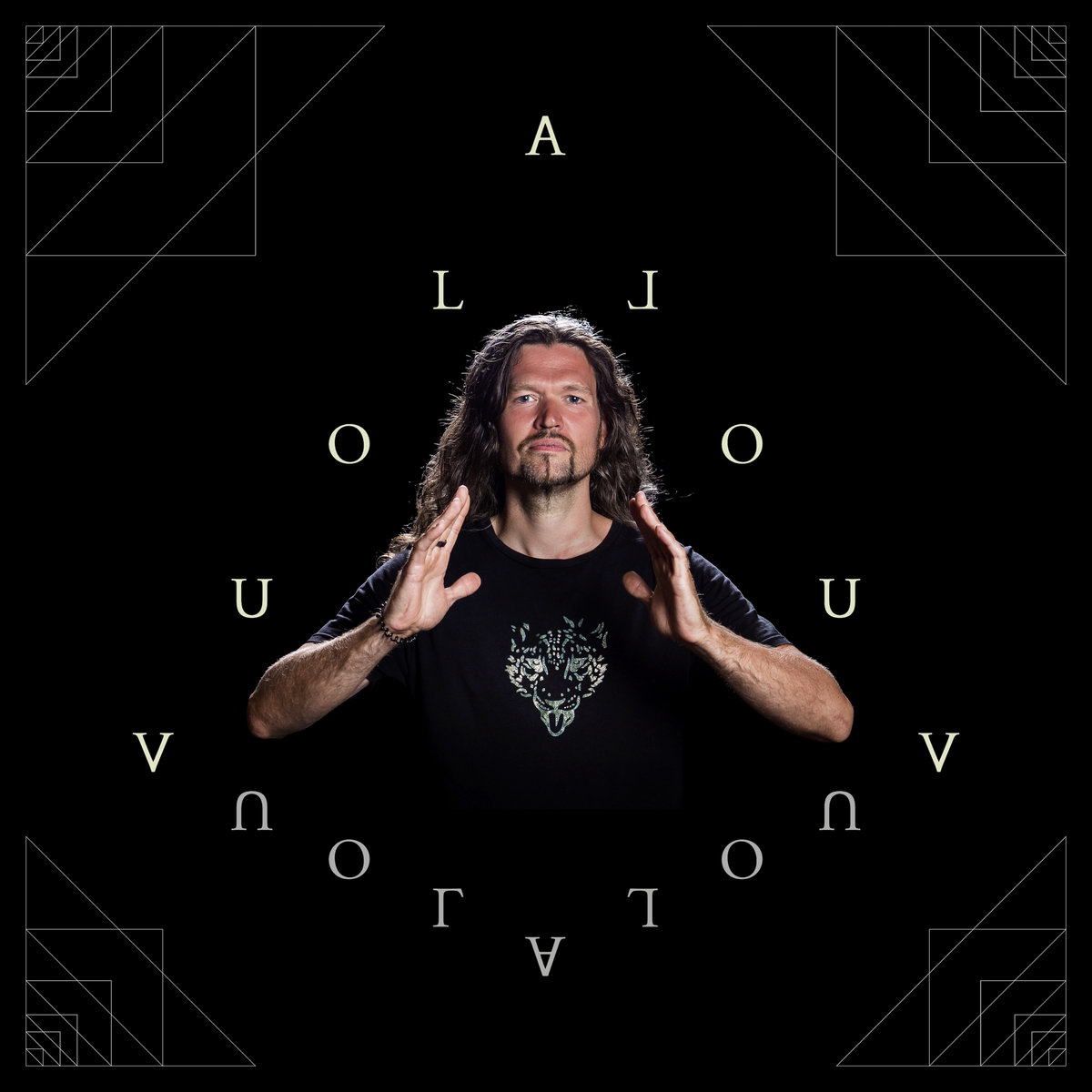 Steeped in fuzz and textured acoustic strings the same, “Vapaa Uljas Onnen Lapsi Aamun,” the opening song in the tracklist of Vuola’s Alouv, takes its time setting the stage for this epic debut album, but it doesn’t use a lot of fluff to fill in the space between beats. In general, filler isn’t something that listeners are going to encounter a lot of in this tightly arranged but wholly indulgent offering from Vuola, but one thing you should expect to hear is a lot of melodic wit normally relegated to a realm well outside of rock n’ roll music.

There’s a stronger progressive quality to the nearly five-minute “Under Above Orion Venus Loves” reminiscent of David Gilmour’s Pink Floyd, but it’s not so psychedelically faceted as to remove the lyrical narrative from the fluidity of the music. In all honesty, this is one of the better-flowing records of its kind to land on my desk in a while; not only is it devoid of the camp that I associate with most prog records, but Alouv feels a lot more freewheeling, giving some of its best moments over to a listener’s cherry-picking as opposed to requiring a full sit down with the entire tracklist.

“Omana Omala Ogana Odati Ojoda” clocks in at over thirteen minutes in total length, but its quintessential segue from the first half of this LP to the second is more or less what makes it the most important piece of material in this record. Vuola doesn’t want to omit a single detail from our observation in this release, and whether it’s the lyrical narrative that you’re following or the collective punch of the music and words together, there’s always a story being told in tandem with another in Alouv, reflecting the multidimensionality of this artist beyond question.

“Laugh Vivid Often Adore Unity” features the most radio-ready hook of any song in Alouv, and its friendly psychedelic rock framework strangely has as much of a mainstream accessibility as it does an underground aesthetic at its core foundation. There isn’t anything in this album that suggests commercial success is the main drive its creator had when cultivating it, but to say that he doesn’t have the charisma to attract quite the impressive following would be silly when examining just how sweet a package this specific track is, which I deem the most obvious lead single of the songs here.

Alouv concludes on the back of another powerful listen in “Astra Lucia Omnia Ultra Verum,” which more or less picks up where “Laugh Vivid Often Adore Unity” leaves off before descending into the darkness through which Vuola came a-tearing just four songs before, and in the wake of its completion, it feels like we’ve just experienced a longhand poem rather than a rock n’ roll record. This seems to have been the goal of Vuola, and as a 21st-century artist who owes nothing to the masses and everything to the medium, I believe he has a lot to be proud of in his efforts.