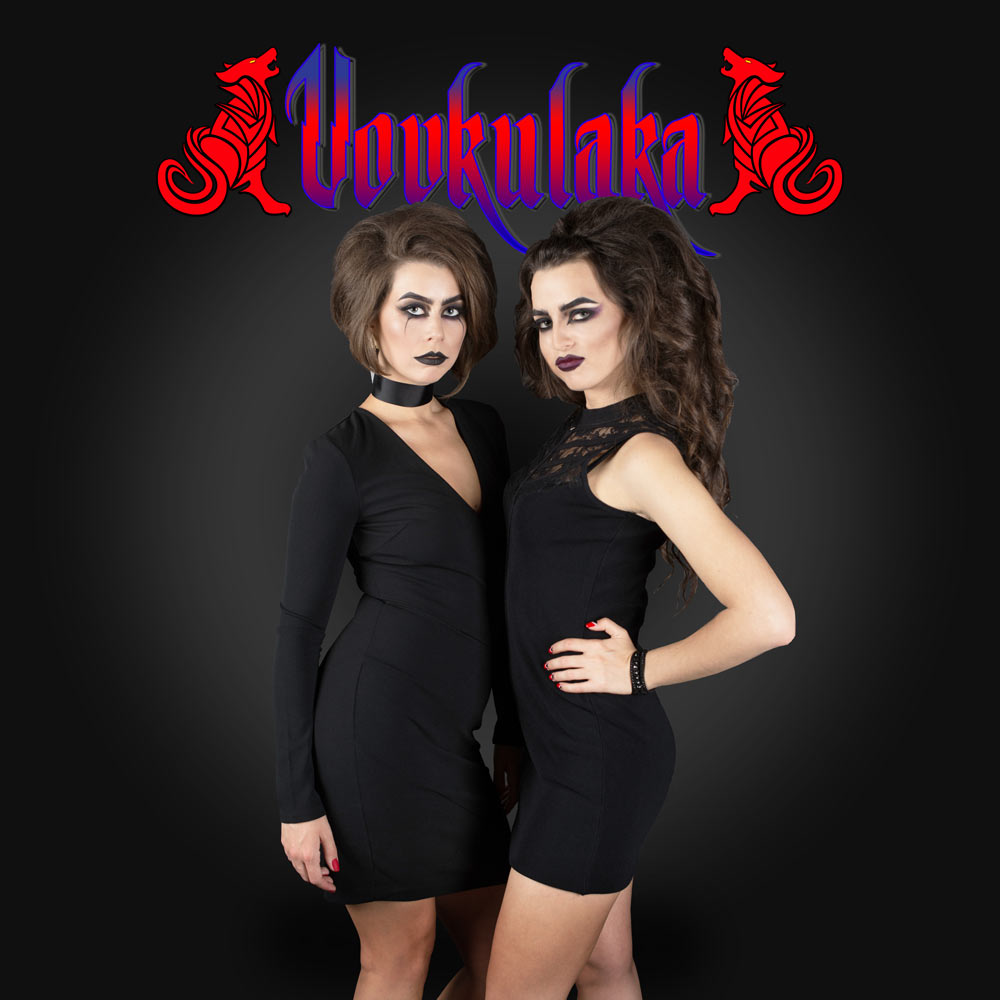 Vovkulaka has droped track teasers for an upcoming 2020 CD release and they don’t waste any time in pushing us to the edge of our seats with the scathing metal showcase “My Devil,” and through the next three tracks that we hear in the teaser EP, there’s scarcely a moment in which both the music and the lyrics aren’t bearing down on us with the unforgiving intensity of a Pacific tidal wave. We’re left with no choice but to embrace the sonic blows one after another as the riffs come cascading from above, each seeming to outdo its predecessor’s strength in one way or another. Vovkulaka didn’t become Ukraine’s biggest metal band of 2019 by pulling punches, and “My Devil” verifies their authenticity beyond question.

“Darkness Calling” keeps the danceable grooves coming at full speed while flanking every verse in a furiously metallic coating that bleeds through the bass line directly into the vocals. The mix sounds remarkably clean and well-adjusted. It’s not very often that we’re able to pick up on avant-garde influences, particularly when it comes to the construction of a strong hook (like the one we find in the dubstep-stylized “Darkness Calling”).

“Purple Door” is much more conventional in its design, but much like its tracklist neighbor, it’s got a grinding beat that makes anyone with a pulse want to shake with its haunting rhythm. It’s not quite the machismo-filled piece of aural cinema that “Defy” is, but let’s face it – few metal songs can be. “Defy” is undisputedly this band’s most powerful track, and if the right American DJs get their hands on it in 2020, I wouldn’t be surprised if Vovkulaka became one of the bigger groups to emerge from across the pond in 2020.

Vovkulaka executes a nearly-flawless metal juggernaut in the cryptic Vovkulaka that lives up to all of the buzz and then some, and while it’s just a 4 song teaser,  it gives us a pretty good idea as to what this group can do when there is nothing to come between them and their audience. I’m interested in seeing how American listeners respond to them, but if the past has taught us anything about the present, there are plenty of reasons to believe in this band’s future in America and beyond.