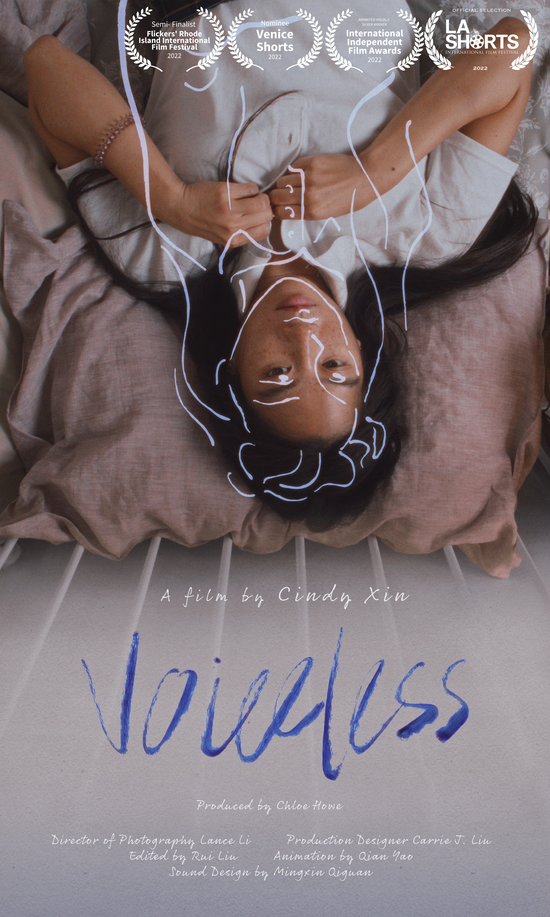 “Voiceless” A Short Film That is Universal

I must confess that when I hit play on the authorized video file, containing a copy of director Cindy Di Xin’s Voiceless, I was not sure what to expect. From the press release I was supplied with, I expected the movie to probably deal with social justice issues, but I didn’t imagine said issues would be depicted and handled in a manner that was so stripped down, everyday, and natural.

Normally when you watch films dealing with potentially divisive themes, the filmmakers  tend to shed light on more extreme aspects, the cynic perhaps suggesting that this is the only way for audiences inexperienced with these kinds of realities to emotionally connect in a distinct, black-and-white manner. But Voiceless, which deals with themes related to sexual harassment and predation, immigration, culture shock, and experiences away from home, challenges potentially naive cinephiles to look closer.

To stop with the rhetoric that such aggressions and microagressions occur only within a visibly extreme basis to them. As the christening of the film suggests, the story unraveling before us is about one’s inability to speak, whether in a literalist or metaphorical basis. It’s about the alienation, vulnerabilities exploited, and sense of loss and helplessness that can arise in someone who can’t express themselves, and who is in an environment that doesn’t understand – and in this case, doesn’t want to understand – where they are coming from. That’s a powerful, nuanced position to take as a storyteller, and one in less competent hands that could have been squandered or come across as jagged and uneven.

But Di Xin is able to make everything work. She’s matter-of-fact in the telling, but never at the expense of subtle, poetic details. She’s no-nonsense about the short film’s messaging, but never in a manner that feels actively told to the audience. It’s shown. You get inside the head of the young girl at the center of the piece, and as a result what could be an exclusionary set of themes open to either deliberate and unintentional misinterpretation are loud and clear – as well as shown to be universal in certain respects.

In an era where divisions in America have never been higher, it’s refreshing to see a film that’s woke, but woke in a manner unifying the audience rather than reminding them of what sets us apart. The empathy Voiceless manages to percolate, as well as embody through-and-through, is powerful. Hopefully with films like the latter in greater numbers, as well as the continued awareness and nourishment of underrepresented and minority filmmakers, projects with this kind of messaging can help put us back on the board.

To remind us that while respectful differences must be addressed, simultaneously our sense of universality and responsibility to one another, especially to those most vulnerable, is paramount. Di Xin states, “This idea is based on a true feeling I have experienced and a true story. During my teenagehood, I was curious about everything in the adult world especially about relationships, that I had never experienced before, and no one taught me about. But while I was exploring the feeling and the new thing, I was afraid of letting other people know about my journey.

After I talked with my friends and experienced something by myself, I found out that usually the most complicated feelings that people have experienced are not explored and told — because of fear, and other people’s judgmental opinions. That is the reason why I want to share this story and feeling for those audiences who have been through it in their life but never had the chance to share or tell.”