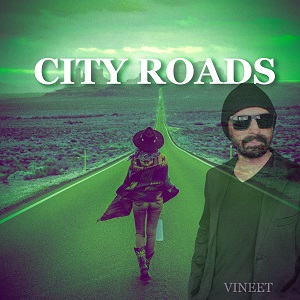 A lot of musicians feel afraid of touching country music in the current scene — it could be a direct result of streaming platforms, where everyone lives in their own bubbles and has no idea what the radio generally gravitates towards, but for the general public there are no real fingerprints from the country genre on the current Billboard Hot 100’s Top 10. Number fifteen is the first instance of country music, but when stacked against the rest of the list’s genres, country sticks out like a sore thumb, and for what?

Country music is a genre crucial to the American public, and it used to be one of the most dominant genres on the radio; of course, trends change, and time is a flat circle, so things will return to such ways eventually, but it’s such a bizarre trend to take note of. Independent artists such as Orville Peck and Angel Olsen don’t seem to have much care for the lack of blockbuster status within the country genre, however, and it seems like indie music is where country feels the most genuine and lived-in. Take Vineet’s new single “City Roads,” for example.

Coming from an artist infamous for tackling just about any style of music that tickles his fancy (techno, funk, pop, and rap to name a few), his approach to country music feels like some of his most authentic work yet. Full of heartfelt lyrics and an earnest, impressive vocal performance on top of an incredibly interesting mesh of country guitar and rap beats, “City Roads” feels timeless in its emotions-driven narrative. Bursting with heartbreak from the moment it starts, all of the hallmarks of a tried and true country music classic are present and accounted for.

Vineet is a marvelous indie musician with the way he presents his output to the world. There’s no pinning down his style or what he has coming next, and by keeping his art fresh and new, there’s always a sense of invigorating relatability and intrigue to be had with a new release from him. “City Roads” feels almost entirely out of left field off of the heels of his album Nine, but the pivot smartly places Vineet back in the realm of unpredictability and that’s where he seems to be most comfortable. Next thing we know, he’ll pivot from this soft country ballad to an experimental haus-produced ‘90s throwback. There’s really no telling!

The bold nature of Vineet to take on something so currently taboo and make it cool is worth an applause break in and of itself, but for Vineet to take a song like “City Roads” and give it lasting importance with its story and lyrics is like a bunch of cherries on top of a really good sundae (assuming you like cherries in this metaphor.) The panache of delivering a country song when Vineet is not a country music artist at his core, and making the song feel like a distinct addition to the genre as a whole? Not a lot of people can say they’ve had the honor. Then again, not a lot of people are Vineet.