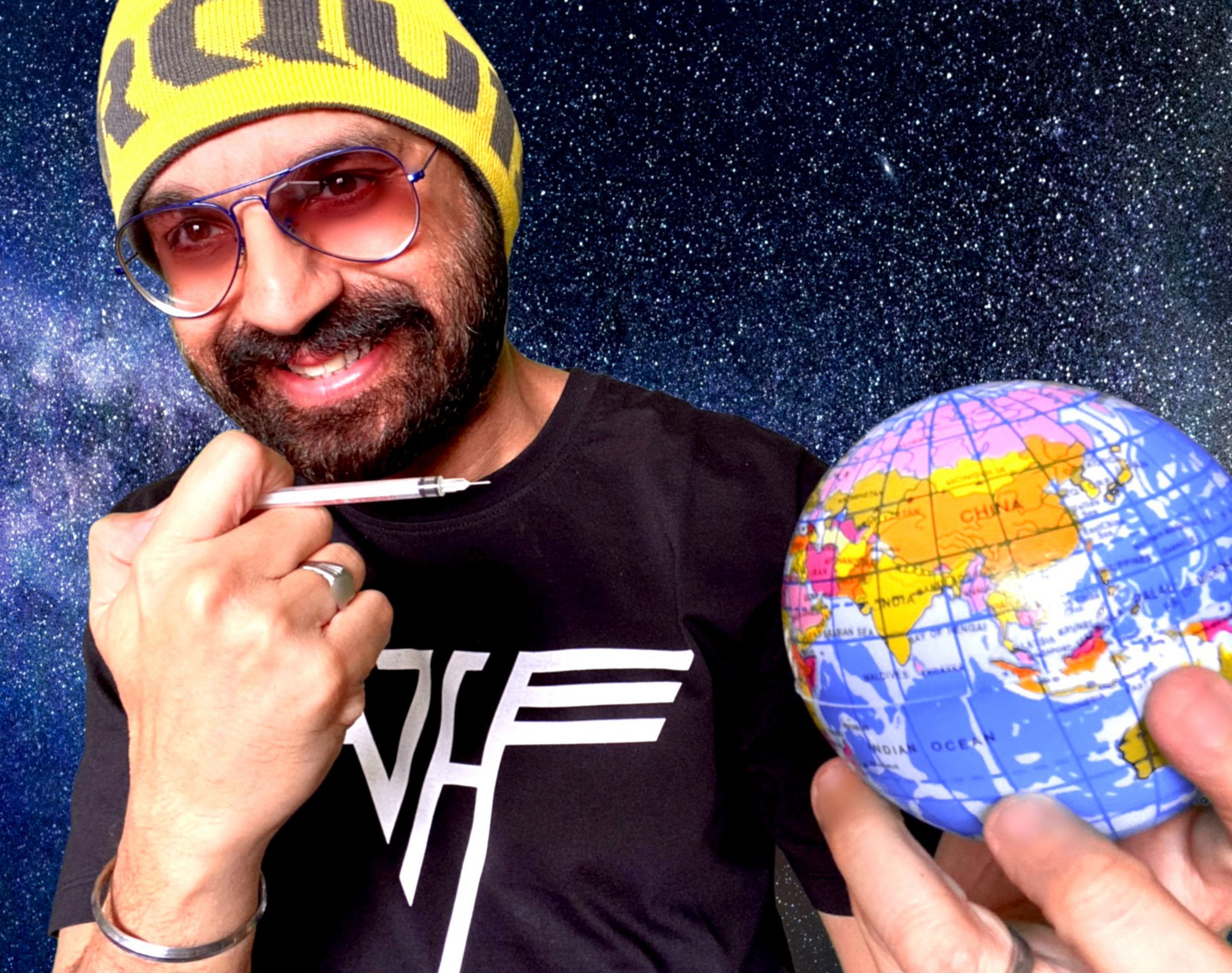 Indian singer and songwriter Vineet claims Van Halen as an enormous influence on the style utilized during his latest single “Jab the World”, but there are other strands audible throughout the track. I hear a smattering of Queen in both the vocal and guitar work, but it is never too pronounced. Vineet’s talents extend far beyond mere imitation. The modern AOR rock sound of “Jab the World”, however, proves to be an ideal vehicle for delivering his vision of a world not only free from the scourge of COVID-19, but free from the accompanying hate and anger the pandemic has revealed. He hopes a vaccine will one day be available that rids the world of that hate and devotes his song lyrics to invoking that hope.

I think Vineet deserves considerable plaudits for finding inspiration in our current predicament. “Jab the World”, without a doubt, is upbeat and refuses to concede to despair; the music matches this mood with a well-paced sweep from its outset. There are no instrumental breaks, per se, during the song despite its rock pedigree, though there are occasional flashes of finesse from both the guitar and drums. There is a pre-programmed quality audible in the instrumentation, note the unvarying drum fills dropped in throughout the track, but it doesn’t prevent the track from radiating genuine warmth.

The video released in conjunction with the track is an effective clip. Most of the individuals featured in the clip are related somehow to the medical profession but the footage opens with a faux television news set before reeling through a wide variety of jump cuts throughout the song. The demeanor of everyone involved underlines the upbeat nature of the song and it is obvious Vineet and his collaborators were intent on producing a polished and high quality promotional clip to accompany the single. They succeeded.

Vineet has an exhortative tone to his voice reminiscent of Freddie Mercury, but there are echoes of his avowed influences, particularly Sammy Hagar-era Van Halen, present in his singing as well. The guitar work doesn’t possess the same sort of pyrotechnic flash of an Eddie Van Halen but its peak moments and overall tone does recall the sort of thing Queen guitarist Brian May was serving up during Queen’s early to mid 80’s work. As said before, if the only truly live performer in this song is Vineet, the track still doesn’t suffer. It is assembled with a focus on invoking the physical qualities of rock music and does so quite ably.

I have been somewhat surprised the musical world has released so few tracks mining the pandemic for inspiration. Perhaps exhaustion, the sort produced by excessive grief and worry, has sapped the creative energies of many performers and writers; how do you address something that resists tidy analysis? Vineet is not speechless however, far from it, and his ability to turn lemons into lemonade sets him apart from many in the musical world today. “Jab the World” is a powerful and catchy piece well worth your time and cash.