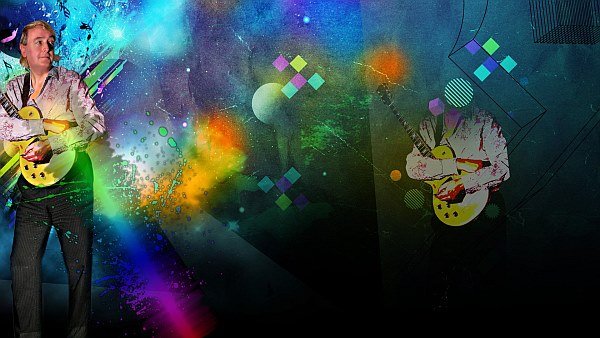 ViennaCC Releases “Cook for Me”

Songwriter, multi-instrumentalist, and bandleader ViennaCC has built an artistic vehicle for himself that’s truly independent in an era where it’s a necessity for honest work. He produces his own material, plays everything except drums, and it’s reflected in the intimacy of the finished product. His new single “Cook for Me” from the EP The Sun Comes Out dives into gender politics with personality, never browbeating listeners, and providing us with an imaginative ride from its outset. ViennaCC cites some very traditional influences, if a bit eclectic, but nonetheless never settles for predictability in his own work. There’s a familiar touch present in each turn, but there’s a spark of personality, as well, that puts his work in a much different light.

The DIY nature of his work is obvious. It doesn’t drag the proceedings down, however; this is where intimacy makes its presence felt. There’s a professional quality in this recording – the musicianship and lyrics are top-flight throughout. There’s a genuine handmade aspect of this song though that will draw many listeners in. It’s unaffected, honest, and fully involved with every word and note. His clear investment in the performance is inviting and makes you a part of the experience rather than positioning you as an outsider.

His aforementioned unwillingness to browbeat listeners is the key to the song’s success. ViennaCC, despite his European roots, writes excellent English lyrics and touches on universal themes capable of cutting across cultural lines. No one should take his lyrics with an entirely straight face – ViennaCC is an artist, first and foremost, and there’s an element of craftsmanship present in this lyric that you can’t ignore.

It’s a bit of a romantic song, in a way. There’s an undercurrent of longing running through the song attentive listeners will recognize. It’s a song craving a reliable and bygone world and there’s nothing strident in the way he presents it. Subject matter such as this will potentially divide many listeners, but it’s a knee-jerk reaction. He does, however, deserve considerable plaudits for his audaciousness.

Writing about a traditional power dynamic of men leading the way in marriage/relationships while women act as homemakers is definitely a bold move in 2022. ViennaCC didn’t get the memo. He’s obviously conscious of its possibly volatile reaction, hence the way he’s built the song, but it never takes short cuts or sounds cheap. Keyboards are one of the song’s critical musical ingredients and makes for an excellent counterpoint to ViennaCC’s voice. His accent may be a little much for some listeners, but it shouldn’t mar the song for anyone serious.

“Cook for Me” will have many admirers. ViennaCC clearly has a songwriting sensibility far different from many run of the mill peers and contemporaries, but he’s able to filter it through a skillset that gives the track an unique identity. There’s plenty that is familar in his music, but no one else sounds like ViennaCC and that’s a rare honor to be able to bestow on anyone in modern music. There’s nothing about this single that suggests future efforts won’t deserve the same.