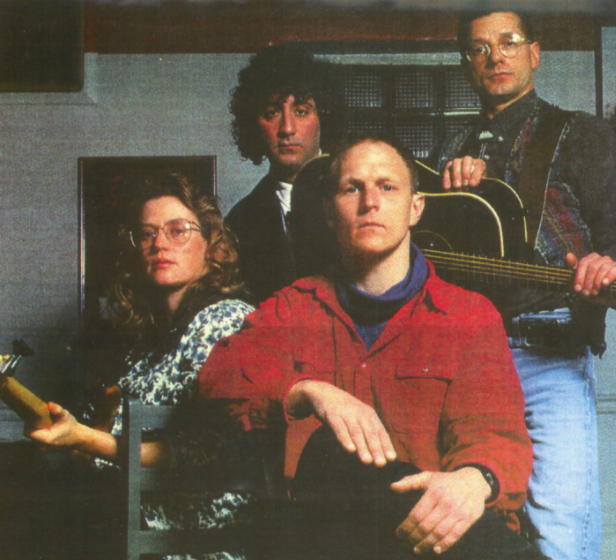 “Undesirables and Anarchists” from Alt-Rockers The Little Wretches

Listening to the new album Undesirables and Anarchists from rockers The Little Wretches is a lot like re-living the excitement of a rock show through a modern lens. Completely devoid of fabricated tracks or computerized sounds, the collection of songs makes a dream playlist. The only thing missing is getting beer spilled on her shoulder, or getting nudged a few extra times from the fans sardine-smashed next to you in the town’s rock club. Okay, okay, it’s cleaner than that. But, it does have some grime.

By definition a wretch is an unhappy person. Sure, some of the songs, like “Give The Knife A Twist” has a bit of a cynical view (every broken dream gives the knife another twist, sings lead singer/songwriter Robert Wagner). Or the get me out of this town toned “I Rather Would Go” (Wagner exerts learn how to hop a freight) and the always pleasant phrase (and song title) “Don’t You Ever Mention My Name”. Through it all, mire and all, The Little Wretches have an incredibly fast paced and often sunshine-like guitar riffs. Just when you’re trying to really be turned-off by the cynicism, Wagner and company go and do a silly thing like blow the song out of the water with a killer riff, amazing percussion arrangement and a dual-tone vocals.

Many of the songs have a female vocalist – a Rosy The Riveter-esque, Rosa Colucci. She’s a hurricane of fun – sounding like a siren call in the “Almost Nightfall” charmer and even top billing in the swanky “Running (Was The Only Think To Do)”. Wagner, too, can spark that same endearment vocally. His “Some Day” has looping vocals and the song, while it’s quick as a whip, is likely a vocal warm-up, it shows a different side to his artistry.

My favorite song, “Who Is America”, in my eyes encapsulated The Little Wretches. He sings of the struggles of working class (down in the dirt) set to the tone of a late 80s/early 90s mashup of New Wave and early grunge. This song could be written at any point in American history, and one doesn’t have to be a history to nerd to view “Who Is America” and reflect upon its truths. The percussion and rhythm section might take second chair to the spellbinding guitar in this one, but the lyrics and storyline grabbed me and didn’t let go. Days later I’m still wading in those waters.

Special nod, too, to the opening track “Silence (Has Made A Liar Out of Me)” and the cool-named “Ballad Of Johnny Blowtorch”, as well as another round of applause to the hyper “I Rather Would Go”. While this Pittsburgh, Pennsylvania-based rock band years of jumping the rails and escaping, there’s no escaping the full sound and entertaining experience of the album Undesirables and Anarchists. It would be my pleasure to hang out with The Little Wretches, even if they think the glass is half empty. Fellow sufferers and life-long fans of Lou Reed, The Jim Carroll Band, Southside Johnny, Bruce Springsteen and even Patti Smith should take a listen.