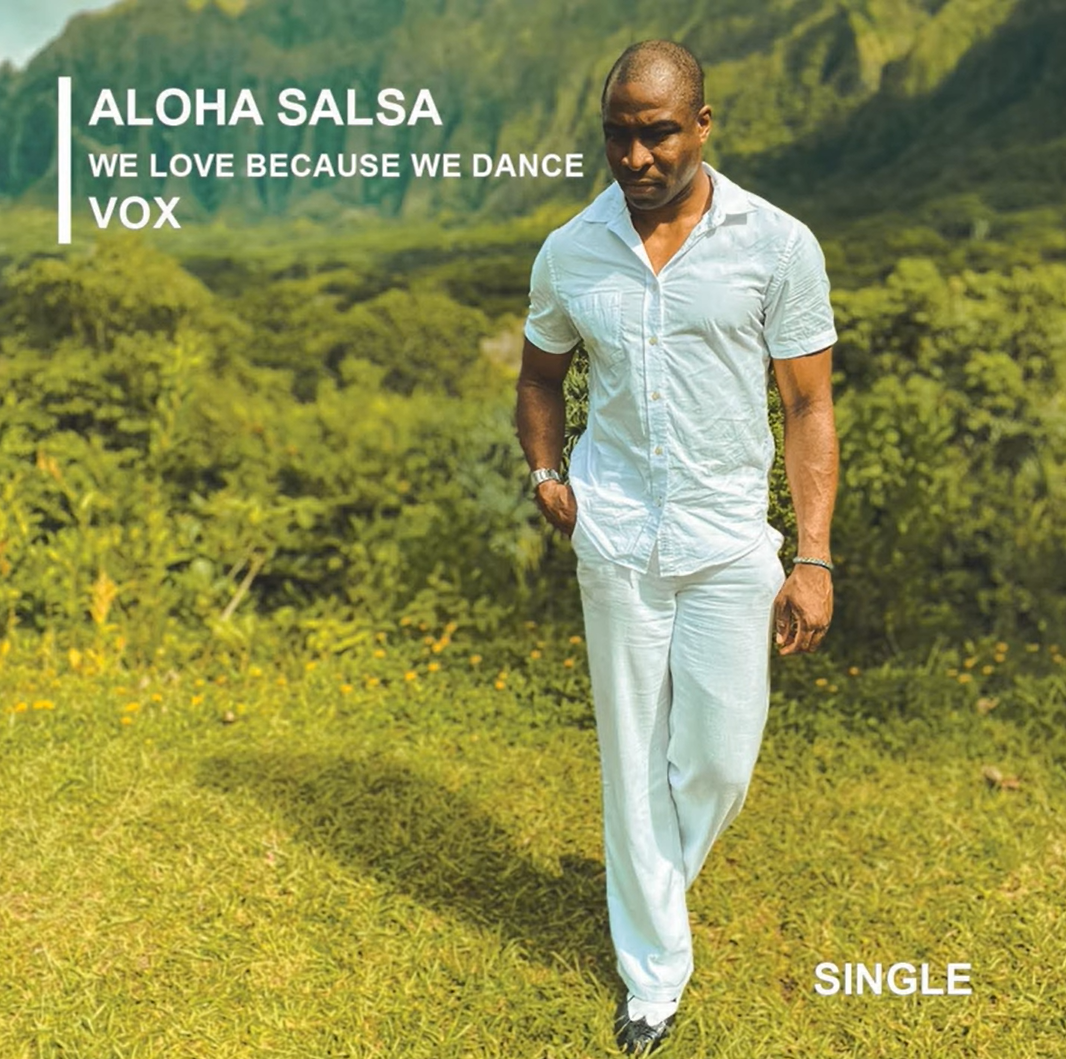 Just in time for a Summer getaway, is the new single by UK Singer/Songwriter, Vox. “Aloha Salsa” is the rather literal title, that was inspired by a life-changing trip to Hawaii. Having began his music career in his homeland, Vox would dabble in Rock music, before finding a kindred energy with all things Salsa. Vox captures the essence of both the Island and the spirit of Salsa/Rumba with his recent effort. It’s a song with a prevailing sense of vicarious immersion.

At the heart of Vox’s message, seems to be bringing people together to share in the joy of music and dance. He himself is an almost uncommonly upbeat person. We all subscribe to the notion that we should value each moment we’re given, but Vox is truly embracing it. It’s clear that he has found a profound sort of kinship with the island of Hawaii. “Aloha Salsa” is something of a love song dedicated to the state that captured his heart and inspired his feet.

You get the impression that “Aloha Salsa,” was penned somewhat spontaneously. The song has an organic and almost effortless air to it, although Vox’s performance is exemplary. It transports you to a tropical paradise, where time seems to stand still. Vox’s voice is a revelation of sorts. His silky smooth delivery, and tightly controlled falsetto, make him unlike anything you’re used to hearing.

In the video for “Aloha Salsa,” Vox is modest, yet ambitious. There are several location changes, and an expansive cast. Of course, the majority of what we see is people of different combinations, dancing. Vox dances solo, and with a few young ladies at what appears to be a restaurant/nightclub. The cinematography complements the scenic ecstasy of the Island, as Vox looks to be a man who has found heaven itself. During his time in Hawaii, Vox kept a diary throughout,  and gets rather detailed with his observations/experiences.

“Aloha Salsa” is essentially the tale of a young man, quenching his thirst for life. It’s also about the beauty of dance, and the spiritual immersion that can occur when two souls move in harmony. Vox aspires to spread joy wherever he goes, as he seems to be on maximum overload of it, if that’s even possible. The prevailing sense of leisure is at the core of this piece, as Vox has found the type of distraction that makes you forget you even have a cell phone. The good vibes on this one are voluminous and the music is as competent as you could hope for. There aren’t many in music who are doing what Vox is at this moment, as he continues to morph into sort of a modern day Jimmy Buffet. From sunrise to sunset, “Aloha Salsa,” reminds us to never stop dancing, as you never know where your feet will take you.