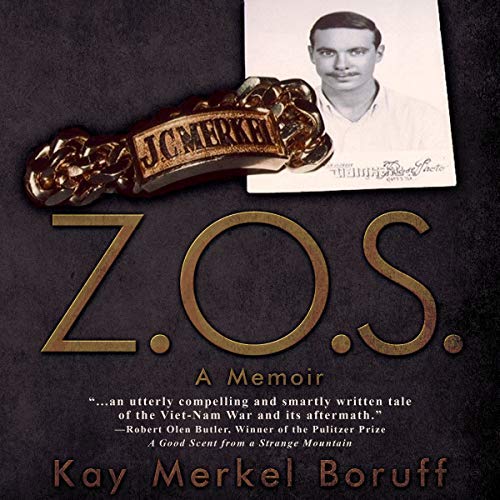 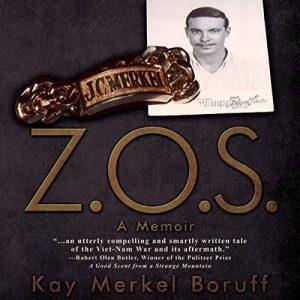 “Z.O.S.” is a memoir about sex, blood, money, and the CIA in Southeast Asia. Kay Merkel Boruff tells the story from her perspective of wife and widow of an Air America pilot killed during covert operations in Laos. She takes the listener there as only one who has been there can. You experience the highs, understand the efforts to escape the constant fear of the dangerous reality these American heroes face daily, feel the anguish of her loss and the isolation of the “zone of silence” she is required to live in for the rest of her life.

Kay Merkel Boruff, as a teacher at The Hockaday School 1973—2010, studied with Naomi Shihab Nye, Li-Young Lee, Tim O’Brien, Madeleine L’Engle, and Robert Olen Butler. She unveiled the Air America Memorial at UTD with CIA Director William Colby. Armed with the philosophy carpe diem, she attends Burning Man and climbs Wayna Picchu, chasing another adventure in her “zone of silence.”

Get your copy of the Beacon Audiobook release of “Z.O.S.: A Memoir” written by Kay Merkel Boruff and narrated by Marlin May on Audible here: