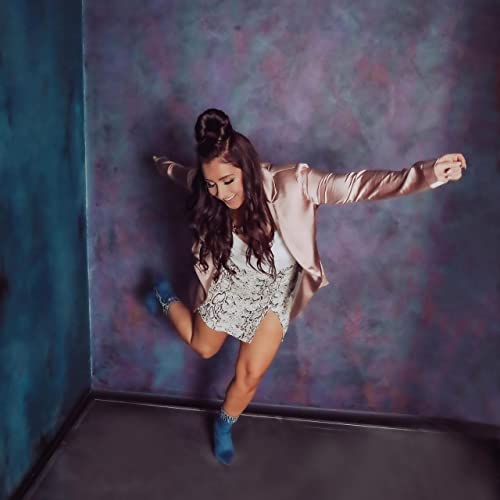 “Trippin’ Over You” by Tiffany Sayers

Los Angeles’ Tiffany Sayers makes a compelling argument for being ‘one singer to keep on your radar’ in her single “Trippin’ Over You”. Between the stellar bass beat and her blushing harmonies, Sayers casts a dreamy spell over the listener. If you’re not beguiled by her singing, and left humming the same tune hours later, then you will find solace in the fact that her music is an open book to her soul. Sayers is the type of singer that you feel like you know them after hearing just one of their songs.

Her voice is angelic. Sayers has a delicate tone and at times it’s almost satin-like. Against the pop, R&B-vibe music bed, the end product has a Mariah Carey feel. I think there are moments of vintage-90s tones in “Trippin’ Over You” but it’s undeniably a modern song. You can hear Carey’s influences in her delivery, but Sayers holds her own in terms of harmonizing. I liked the way her voice sounded hovering above the faint, honey-dipped electric guitar. The guitar is a welcomed instrument and really shines with the rest of the music bed. You’re just like a drug, intoxicating, Sayer sings. I think her lyrics are fun and they are youthful. I’d like to hear a song from her that shows a bit more depth in lyrics, but she does a great job of making this song interesting and revealing. Sayers voice is a definite strength. There were times in “Trippin’ Over You” that I thought Sayers would really belt out and dive into a masterclass in vocal range, but she stayed pretty contained. I can’t quite put my finger on it, but she has this wonderful mix of spunk and spontaneity.

I also really liked that “Trippin’ Over You” gets the adrenaline going. It’s a great song to dance to! I felt my shoulders moving, my hips going along to the beat and rhythm. I can easily see this song being played at the club or on several date night playlists. It sets the stage for someone to reveal their true feelings and is definitely romantic. This song has a charm to it that feels safe and inviting. It’s definitely an earworm. It’s a great song to hear at any part of the day. I connected with her voice the most yes, but I think if I listened to this song at a dance or a concert, I would have a completely different reaction. I would be anxious to hear this one live in concert.

Sayers is on her way. “Trippin’ Over You” may not have the lyrical storyline I was expecting (or in the mood for; ask me tomorrow), but Sayers’ unmistakable talents will soar. If you’re a fan of Carey, Brittany Spears, Christina Aguilera or Demi Lovato this song is a must listen. Somewhere underneath those melodies and sprite vocals, I have to wonder if there’s a songstress (dare I say diva) in Sayers with a deeper emotional rawness that is lying in wait. Until then, “Trippin’ Over You” is just the right amount of pop, R&B and pure fun that hits the spot.