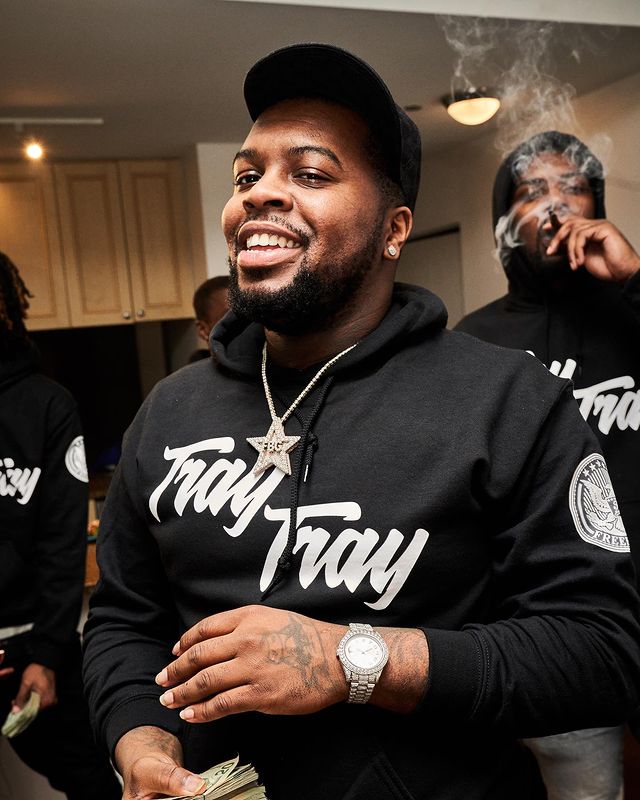 The mainstream hip-hop element has seen such exponential growth in the past ten years on the aesthetics end that you could make an argument for rap being an even more diverse genre than rock is in 2021, but this hasn’t diminished the quality of a purist outing by any means. With a little bit of bass and a whole lot of vocal tenacity, players like Tray Tray are stripping away some of the more commonly found frills in contemporary hip-hop and replacing them with straightforwardness and compositional efficiencies I can’t say I’m disappointed to see. In his latest single “Like This,” we aren’t bombarded with heavily varnished chest-pounding nor a synthetic buffer between artist and listener. Instead, Tray Tray is tasked with working a beat and spitting rhymes exclusively, as a rapper of his caliber should be.

The foundational groove born of the bassline is intriguing enough to keep my attention. I don’t want anything interrupting the punchy rhythm it’s producing just ahead of Tray Tray’s verse, and being that there’s nothing more than a spindly percussive component to compete with, its textural presence is preserved to be as crisp and cutting as it would be in a live performance. Every hip-hop and rock critic around these days likes to gush over artists who are focused on the subtler details in their sound, but scarcely do we discover a player who has the confidence to leave the intricacies out of the mix entirely, solely for the sake of giving us their raw personality in stereo sound.

There are more than a couple of ways Tray Tray imparts his swagger to the audience in this single, but chief among them is the structure of the song itself and how freely it presents us with the narrative he’s trying to construct out of lyrical lashings and seamless beats. It takes some courage to get this barebones in the studio, especially when a lot of trap artists have been taking to the indulgences of a bygone time in pop music mostly out of desperation to find something a little more experimental than the ever-changing status quo calls for. This is a musician who doesn’t need to go to such lengths to make something smart and appetizing to the ears, and “Like This” illustrates that brilliantly.

After dropping two relatively well-received efforts in Born Legend (2018) and Born Legend II (2019), Tray Tray’s collaborations with Jmac caught the attention of fans and critics the same in 2020 largely thanks to the renewed passion listeners noticed in his contribution to the work. In “Like This,” his performance and very presence in the studio sounds spot-on perfect, and with some increased exposure on college radio, I haven’t any doubts as to whether or not he’s going to see a stronger response from fans on the international stage in 2021. He’s come a long way in a really short amount of time, and he isn’t letting any of his hard-earned skills go to waste here.