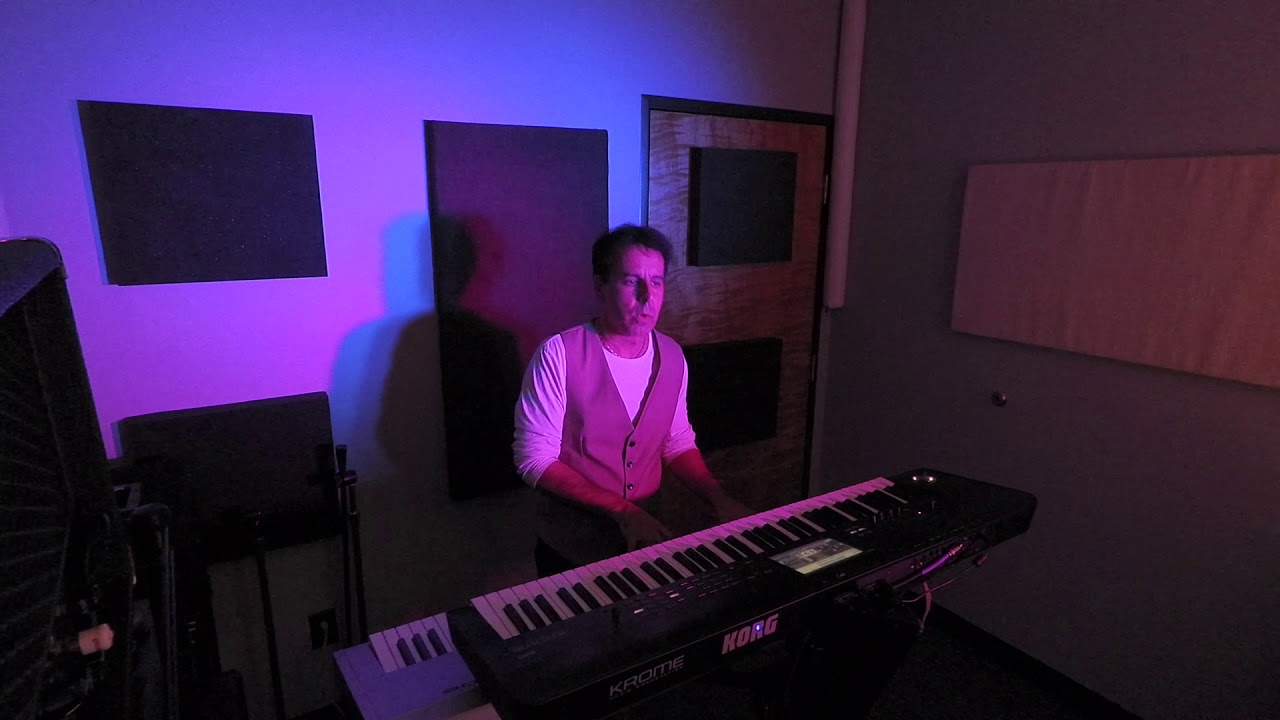 I confess total unfamiliarity with Doug Kistner’s previous singles or his long history in the music world before hearing his latest single “Don’t Look Down”. I’m very familiar with his purported genre, however, yacht rock in the vein of 70’s AM radio giants such as Chicago, Steely Dan, and other such acts. “Don’t Look Down” definitely occupies similar territory. We can be thankful, however, that Kistner didn’t record the single in a time-warp – the recording doesn’t cling to outdated production tropes attempting to invoke that era but intuitively understands, instead, that its continued relevance depends, in part, on updating its sound.

“Don’t Look Down” gets that. The texture and approach of the track may recall halcyon days gone by, but the aural architecture boasts thoroughly modern polish. This polish never bleeds the vitality from this performance, however; “Don’t Look Down” generates a surprising amount of energy and tension given its pedigree and its on the edge of your seat quality will strengthen its appeal. I feel like the song is ready to burst to another level throughout the recording and I never felt cheated a single second.

Even if the musical backing were lacking, I still wouldn’t be able to pull myself away thanks to Kistner’s vocal. His long experience providing backing vocals for an assortment of artists serves him well throughout “Don’t Look Down” and hearing his voice respond to the song’s ebb and flow is satisfying. The best singers do and has enough charisma to fill the song with personality that never overwhelms listeners. You trust this voice but, more importantly, you believe it.

The best lyrics in this vein are conversational and the words for “Don’t Look Down” are no exception. They have an effective percussive quality that complements the drum-prominent arrangement; It has a mix emphasizes the bottom end above all else, in keeping with its essential character as a rhythm track, but Kistner’s aforementioned vocals are an ideal counterpoint for this design.

I believe he has learned his lessons well. It would be impossible for him to write and record music with the cultural impact of, let’s say, Steely Dan because the times have changed too much. Significant segments of society are now impervious to a single force exerting broad transformative powers over business as usual. It is movements, instead, that now dominate the day, forces coalesced rather than working towards individual ends. Kistner, nevertheless, makes an individual artistic statement in a long-derided genre without summoning too many self-conscious echoes from the past.

“Don’t Look Down” looks to the future instead. It takes a great deal of self-confidence to step out from the relative anonymity of playing in a band and becoming the focal point. His first two singles have obviously fostered a great deal of confidence as this is most assertive performance yet. He is building momentum with each new single release and I expect we will be hearing a longer form offering in the near future that will consolidate on these early efforts.