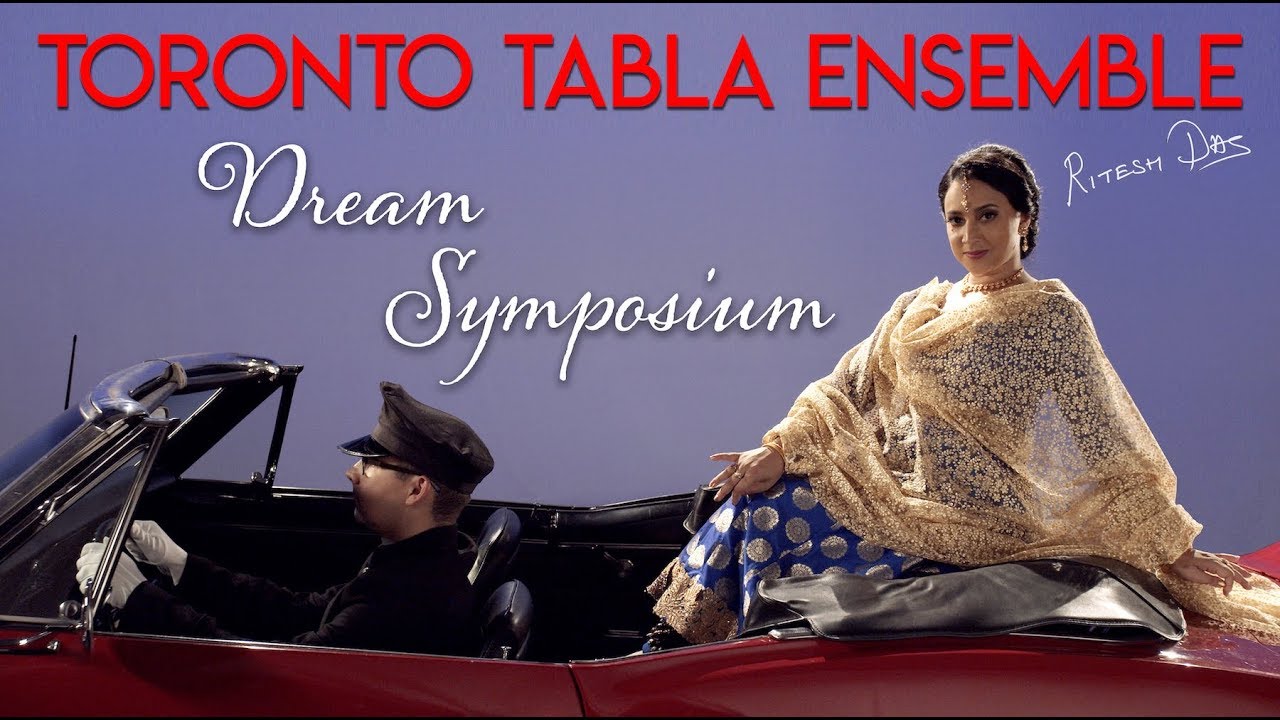 Founder Ritesh Das formed the Toronto Tabla Ensemble over a quarter century ago. The ensemble, in that time, has garnered international attention, toured a great deal, and has placed their music with both film and television productions. They are on the cusp of releasing their seventh studio album and the first single from this release, “Dream Symposium”, provides us with a tantalizing sneak preview of this impending work. The ensemble has released a promotional clip for the single as well starring members of their Youth Ensemble and displaying the intelligence and talents powering their organization for new and longtime admirers alike.

The clip fleshes out the instrumental track with a simple and straight-forward narrative ending with a pleasant twist. It is clear the Youth Ensemble participants enjoy contributing to the video despite their unassuming presence. It also serves to give those without the opportunity to see the ensemble in a live setting a chance to glimpse what their stage presentation might be like; the ensemble doesn’t limit themselves to a strict music-only design for their shows and incorporate dance, as well, into their performances. The dancers never threaten to overshadow the music; instead, they complement the ensemble in both movement and color. The body is an expressive instrument.

The ensemble doesn’t limit their instrumental tools to tabla alone. Brass percussion of various types, shakers, and even a modern drum kit, among other instruments, weave through the song’s sonic architecture. It is a composition never following a predictable path, but it does utilize recognizable traits for those familiar with mainstream music. You will not hear verse, chorus, bridge, verse, reprise from “Dream Symposium”, but attentive listeners will notice recognizable dynamic shifts throughout the course of the track. Ritesh Das understands how to capture listeners’ attention and brings a vigorous imagination to bear on his songwriting structure.

The superb production for this song gives its skillful tempo changes clarity that it would lack in lesser hands. These players adapt to any compositional demands and their palpable chemistry enhances the peaks, lulls, and understated transitions layered throughout the track. They play with a sort of telepathy spawned from long acquaintance and intense discipline. Fans of instrumental world music will flock to this outstanding single and newcomers to the ensemble’s work, particularly if they appreciate instrumental tracks., will find much to like in “Dream Symposium”.

It is an ideal illustration why the collective and organization are a cultural force more than a quarter century old and still moving forward. There is a restless, yearning creative spirit in the heart of this music and its exploratory nature defies easy labels. This isn’t your typical pop single bemoaning lost love or urging listeners to have a good time. It is soulful and thoughtful music that seeks to entertain, yes, but likewise hopes to move the spirit within us all. Based on this track alone, the forthcoming album from the Toronto Tabla Ensemble is a certain winner and one of the must hear releases of the coming year.