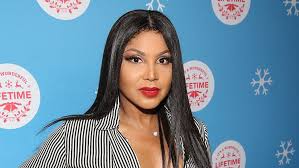 Toni Braxton has testified in court after $2.5 million worth of jewelry was stolen from her luggage – including her $1 million engagement ring.

Last November, the Un-Break My Heart singer travelled from New York’s JFK Airport to Los Angeles’ LAX with Delta Air Lines and later tweeted that she had accidentally left her Louis Vuitton hand luggage on the aircraft.

While the luggage was later returned to the star, she confirmed on Twitter that several pieces of her jewelry – including her stunning engagement ring from fiance Birdman – were missing from the bag.

On Thursday, the 51-year-old appeared in court to testify against a worker from an airplane cleaning service, who is on trial for allegedly rifling through the luggage and taking the items.

According to TMZ.com, three other employees from the cleaning service say they were on the Delta jet and saw the defendant pilfer the ring, along with four watches – including two Rolex pieces and a Cartier timepiece – and two pairs of vintage earrings.

Speaking to reporters from the publication outside the courthouse, Toni revealed the Los Angeles Police Department confirmed “someone got caught” stealing the items, and confessed she’s “optimistic” about having the ring returned.

“I would love for the person to have remorse and just turn it in, then we can just be done with it,” she shared, insisting she’ll press no further charges.

The star also teased her upcoming nuptials with the rapper and record executive, 50, which she suggested will take place “soon”.