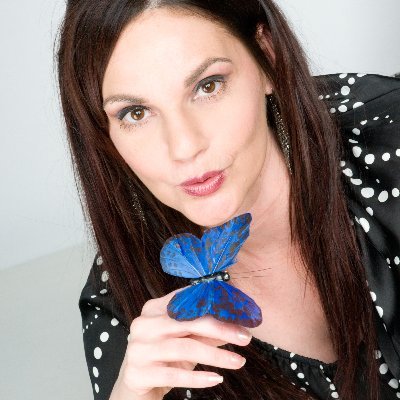 Tia McGraff’s new EP release With Love landed on September 3rd as a way of paying tribute to the death of McGraff’s dog Jake. It is little wonder McGraff would time her release in such a way or use the word ‘love’ in the title of her new music release. Creativity manifests itself in different ways for different people, but the creative act for McGraff is an act of love. The singer, songwriter, children’s author, and Canadian native has enjoyed nearly two decades of unbroken popularity on both sides of the Atlantic, and the first single from this EP, “Go Your Own Way”, has even scored as a crossover chart success recently hitting the Christian Music Weekly Top 25.

Before that song, however, listeners are treated to the album’s title cut. “With Love”. It doesn’t have quite the outright pop song energy that the single generates, but it is an opener capable of great things. It sweeps listeners into the song without any clutter but some listeners, by the song’s conclusion, may believe the production whiffs on the song’s production. It’s obvious that McGraff is deliberately avoiding hard-hitting drums, that isn’t the issue, but the title song should have a clearer and stronger pulse than we hear.

It’s a small and, overall, insignificant complaint. The songwriting is beyond question. The EP’s second track, “Clockwork”, betters the opener because every element here is beyond question and it’s a fully complementary track. The interplay between McGraff’s voice and the guitar is, in fact, the key musical dialogue that listeners will enjoy, though secondary musical considerations aren’t treated as afterthoughts. “Clockwork” features that interplay as beautifully wrought as anywhere.

The aforementioned single “Go Your Own Way” is a dyed-in-the-wool folk rocker that figurately grabs listeners at the start and doesn’t let go. It’s the drumming that’s the critical lynchpin for the band’s success without ever laying down a heavy-handed groove. She follows the single with the EP’s big ballad called “Sometimes Love’s Like That” and the deliberate pacing of the song allows McGraff a chance to stretch and flex her deceptively malleable vocals. It has a lusher texture than earlier songs, but it’s a matter of degree, and the separation isn’t especially large.

“Night Hawk” plays up the traditional musical strengths of McGraff’s songwriting. The shattering flourish that opens the song in earnest, however, reveals the song to be a much theatrically minded piece. She later peppers it with tasteful synthesizer swells and the fiddle’s melodic touch is always close. Her lyric for the song is, arguably, the EP’s best. “Change A Comin’”, however, has beautiful simplicity befitting its music.

There is more than a touch of the poet in McGraff’s writing and she is blessed with an outstanding voice capable of expanding the dramatic life of her songs. It helps promote sentiments that, in the hands of a lesser, come across as cheesy or hopelessly deluded. It is inspired that you feel instead when you’ve finished listening to Tia McGraff’s With Love.