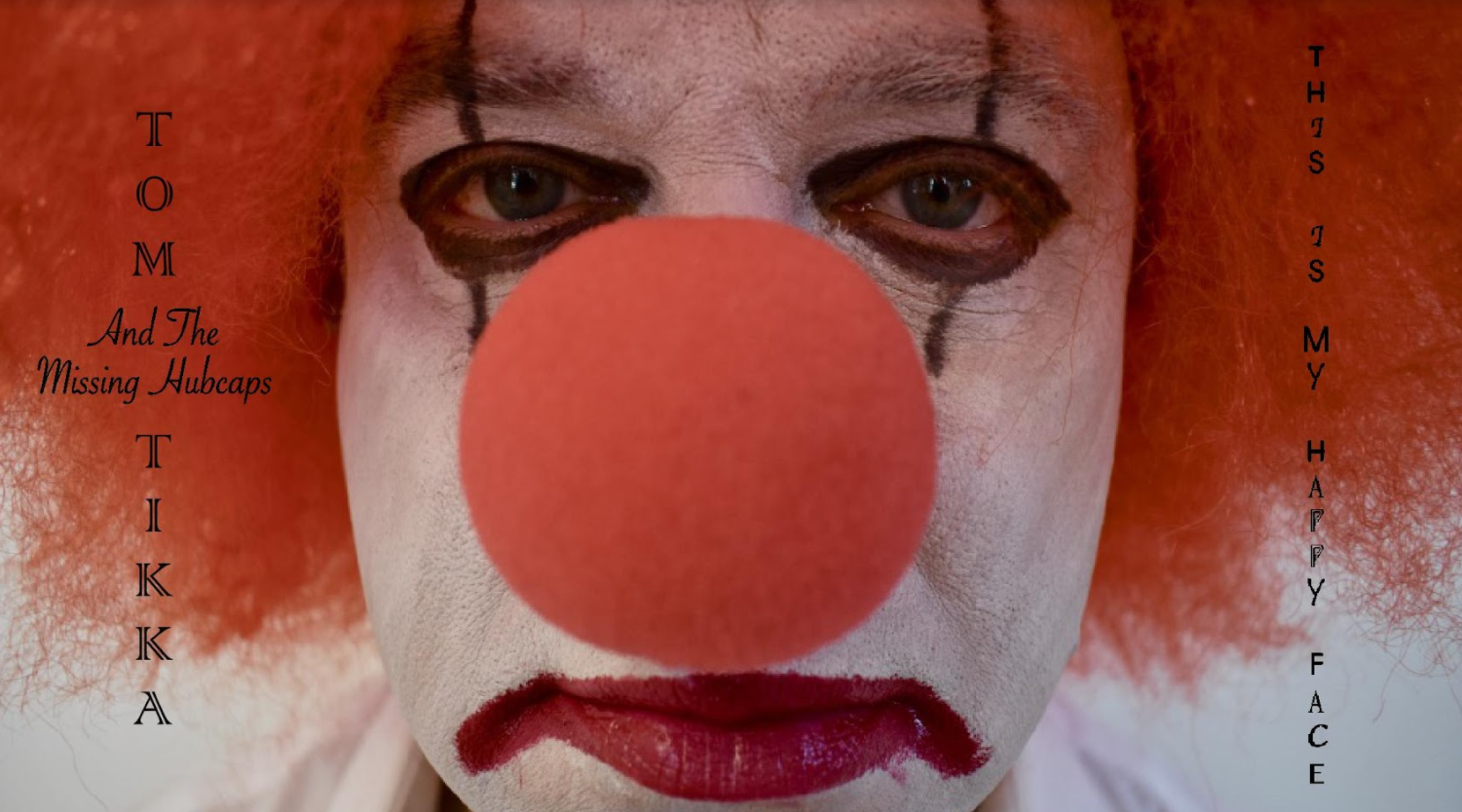 “This Is My Happy Face” by Tom Tikka

It’s rare for me to hear an album I only have, at best, a few quibbles with. There are, invariably, larger problems I identify even on releases I love but, perhaps unlike many, I can appreciate and enjoy an album whole acknowledging its flaws. Tom Tikka and the Missing Hubcaps’ This Is My Happy Face, however, has few and whatever dissonance one experiences listening to this release are insignificant. There are some captivate curveballs, however, coming your way. Many more listeners will likely hear it as a stylistic statement – despite the presence of electronic instruments and understated post-production manipulation, This Is My Happy Face is, at heart, an across the board rock album.

Guitar and vocals are the instruments keying everything. Make no mistake, however, each element of the band’s musical identity is necessary for the final result. The rough-hewn texture of the guitar attack for “Bullet in the Head” never overwhelms listeners but clearly means the proverbial business. It matches the intensity of the track’s subject without restoring to histrionic touches and Tikka’s punchy vocals likewise conveys ample emotion.

The album’s first single “Heart’s On Fire” advances the album’s themes in measured and intelligent fashion. Tikka’s conversational lyrical style nevertheless achieves eloquence thanks to his phrasing and his emotional timbre. It is easy to hear why Tikka and the Missing Hubcaps chose this as a representative song – it has a riff listeners will likely remember long after the final note fades and the universality of the lyrics is difficult to deny.

“Space Cowboys” pulls back on the reins but doesn’t slow the album’s momentum. The added nuance present in this track doesn’t require Tikka and his cohorts to break with the template established thus far but has definite textual differences. The moodier spirit of the track, less outwardly boisterous than its predecessors, is a needed shift early in the release and smooths over our transition into the album’s midway point.

Tikka doesn’t rely as heavily on multi-tracked vocals in the next track “Doormat”. Backing vocals are an important facet of the album’s success but Tikka wisely moderates his approach depending on the song’s demands. “Doormat” is a harsh and ruthlessly honest musical middle finger to a former romantic partner, presumably, but the words are open-ended enough to allow varied interpretations. The acoustic guitar opening the song hints at its initial composition and segues into a powerful electric guitar riff.

“(I Wish I Could) Fly to the Moon” begins with a snippet of sound effects that have no ultimate effect on the track. The album’s wont for strong guitar riffs continues with this track and the vocal arrangement is every bit as strong. This Is My Happy Face’s thorny topics are digestible thanks, in part, to the accessibility he achieves. “Hunger Lines” has stomping authority after a brief atmospheric opener and the band maintains the same hard-hitting energy throughout the track. This is an unit that never gropes for something to say. “Garden of Judas” closes Tikka’s new album. It opens with an unusual introduction as near-Gothic vocals begin the track and give it solemn air. Listeners are soon placed in much more familiar musical territory and, despite this being a self-conscious finale, there’s nothing grandiose about this closing gesture. Few releases in recent memory are as complete and ambitious as this while still keeping its musical feet grounded.