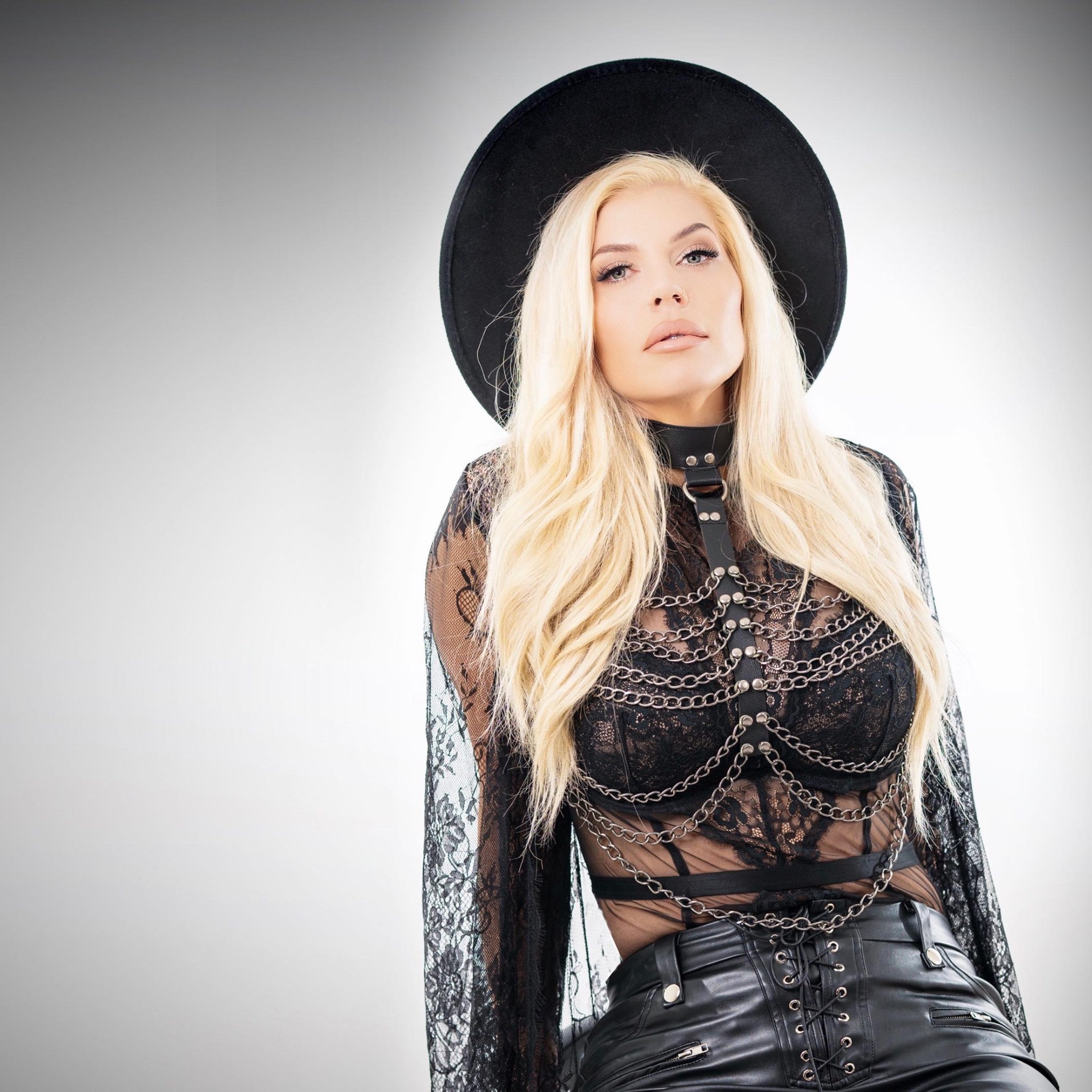 This is Gonna Hurt” by Meghan Krauss

In “This is Gonna Hurt,” the stunningly melodic single from her eponymous album, Meghan Krauss isn’t letting any instrumental bells and whistles step between her vocal and the audience, but instead offering up what could be one of the most potent harmonies a greenhorn singer/songwriter has delivered all year long. Krauss’ voice soars into the melodic heavens rather seamlessly as we go through the first collection of verses and chorus, and despite the confidence clearly driving her performance, there isn’t a shred of cockiness nor arrogance to be found in “This is Gonna Hurt.” Contrarily, I would say that the humble undertow of the execution we find in this recording makes the narrative all the more humanized and easy for the casual listener to relate to.

The lyrical content in this single is undeniably heartfelt and passionately constructed, but I don’t know that its poetic sensibilities are sourced from the rhyme and adjacent rhythm that shapes its most accessible moments exclusively. There’s something to be said about the emotional qualities gained through the cultivation of the aforementioned vocal harmony in “This is Gonna Hurt,” but more so, I don’t believe there’s any breaking down a song like this without acknowledging the importance of its singer’s tone. If someone other than Krauss were singing these words to us, I’m not sure they would sound as real as they do here, half because I know they’re coming from within her soul, and half because she knows how to put them to us with a melodic backing as heavy as a monsoon rain.

From a structural/songwriting perspective, I think it’s worth noting that there’s a hint of blues to the backbone of “This is Gonna Hurt” that could be expanded by Meghan Krauss down the line, preferably with a more rock-centric band supporting her in the chorus. There’s a lot of fire burning within her vocal, and I see it coming undone with the right set of electric strings coming into her life. She’s got a crisp delivery that has the potential to be as sizzling as something you would hear in an old-time nightclub act and with any luck, she’s going to stick with the aesthetic she’s started with for at least another album following the success of her debut.

Meghan Krauss is the kind of singer and songwriter you want to see live on a smoky stage before an audience that knows how to sit back and enjoy white-hot charisma through melody, and if there’s anything I’m taking away from “This is Gonna Hurt,” it’s that she’s going to have one exciting career ahead of her if she keeps making music as sensuous as this. Her first album is loaded with charm sourced directly from the friction she creates with the microphone, and whether it be her sharp lyrical imagination or her vocal virtuosities – both of which are on display in this all-new single – there’s something about her that makes “This is Gonna Hurt” a really hard song to put down if you dig decadent, dashing voices at the mic.