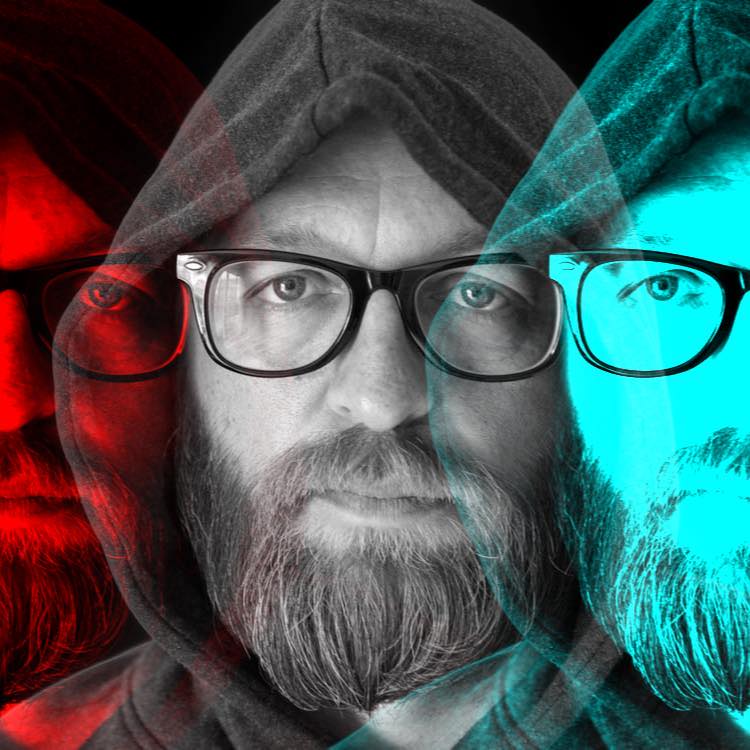 “Thin Disguise” from singer/songwriter/musician Davy Williamson is urgent music for urgent times. The crackling energy sparking off his tried and true combination of guitar, bass, drums, and vocals physically engages listeners through the whole song and there are no identifiable lulls during the track. Williamson maintains focus from first note to last and the resulting musical experience engages listeners on an emotional level as well. This is vital music, mined from a place deep within, and Williamson delivers an all-around impassioned performance.

It’s an excellent way to kick off his public career. There’s no question, after hearing the song, that Williamson has played and written material for some time preceding this debut release, but it is difficult to imagine a better way of introducing the world to his upcoming EP release than through this single. He adopts a familiar style for rock fans of any age and, despite the personal nature of the material, Williamson touches on topics possessing universal resonance for potential listeners. It is no mean trick to be autobiographical without sounding obscure but Williamson handily accomplishes this.

This bearing of the soul is accompanied with a gripping musical arrangement. It rises from comparatively low-key beginnings into territory increasingly intense as the track unfolds. Williamson brings everything to a boil with the lead guitar playing near the end and the lyrics and singing alike follow the music’s emotional trajectory. He has woven this cut, from beginning to end, with attentiveness and coherence.

You want to believe what a singer is attempting to put over. This goes for everything from songs about beautiful girls to tracks confessing some great personal flaw. It isn’t difficult to believe everything Williamson sings here, every line comes across weighed down with significance, but it never comes at the sacrifice of musicality. The vocal melody works exceptionally well with the arrangement.

Despite his birthplace, Florida, and current location in the Carolinas, you don’t hear any influence of southern rock. There is a thriving independent music scene in the area and I have no doubt Williamson has made excellent use of his musician friends during the making of this single and EP release. Few musicians truly work in an artistic vacuum and there’s no indication that Williamson is any different.

Let’s hope that we’ll hear Williamson performing this song live often when the pandemic finally ends. Urgent times produce urgent music and that’s certainly the case here; “Thin Disguise” percolates with a steady tempo throughout but throws off sparks as it progresses for listeners. Williamson brings an ample amount of guts to the performance, he throws himself into its lyric with unquestioned abandon, and it isn’t difficult believing that the EP’s remaining songs will meet the same metric. Davy Williamson’s “Thin Disguise” doesn’t sound like the work of a musician and songwriter prone to half-assing their work it’s easy to be confident he’s put his best foot forward with his first solo release. The road ahead of him is wide open from here and his potential is limitless.