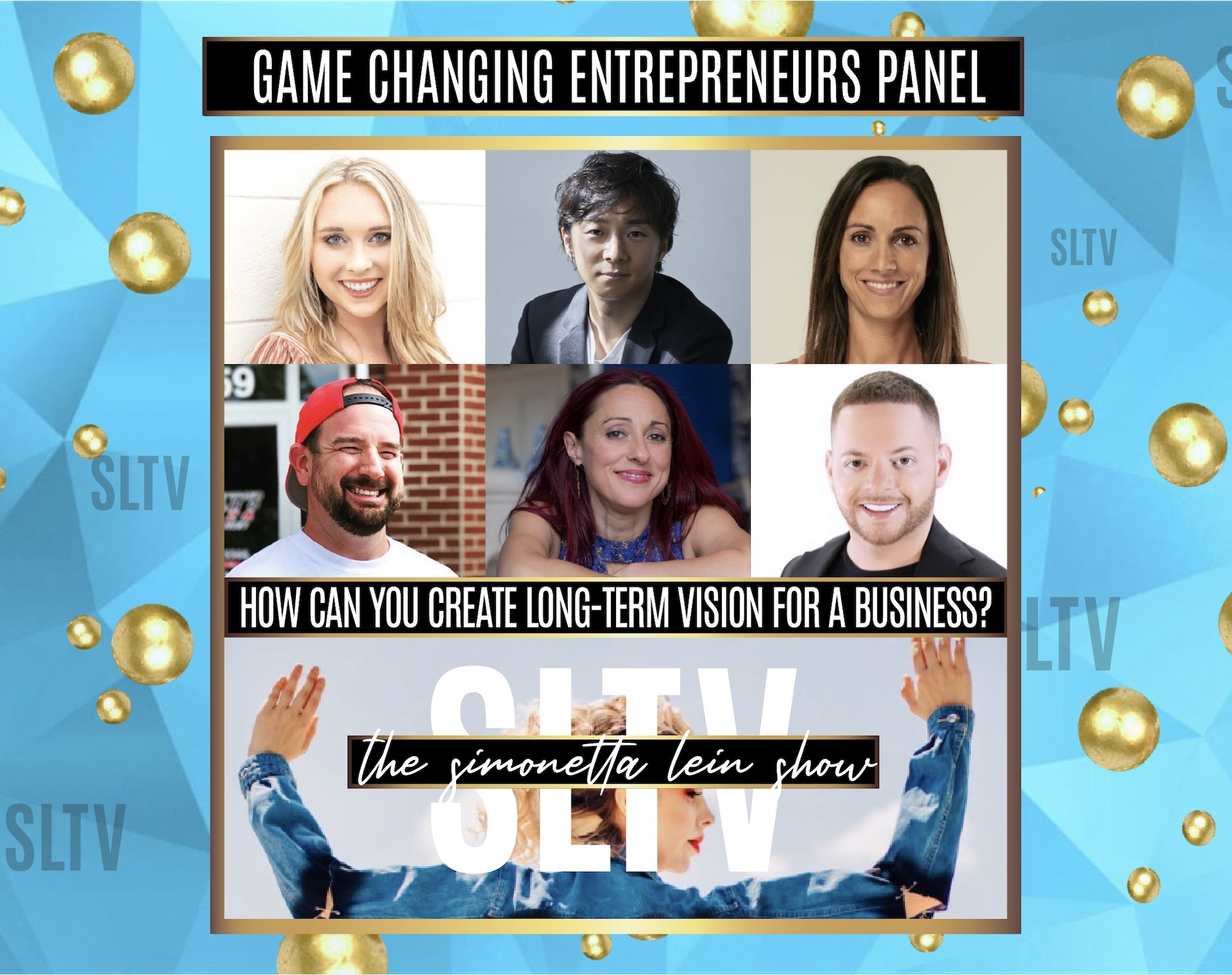 The Simonetta Lein Show Releases Game Changing Entrepreneurs Panel 12: “How Can You Create a Long-Term Vision for Your Business?”

As The Simonetta Lein Show continues to kick off the year of 2022, the show continues its series of panel interview episodes, showcasing local and international entrepreneurs, business owners, and artists, looking to share their industry insights and experiences. For the 12th consecutive panel episode, The Simonetta Lein Show showcases the topic, “How Can You Create a Long-Term Vision for Your Business?”.

Mike Sancho is an award-winning entrepreneur & most notably the CEO of Wealth Accelerators Global, LLC – an automation firm that specializes in business management & consulting services.  Mike has built several multi-million dollar businesses in industries that range all the way from network marketing to e-commerce, media, logistics, real estate, and more…In addition to his business building success, Mike is also a 7-Figure Forex & Cryptocurrency trader with a heavy focus on algorithmic trading & artificial intelligence.  Mike is an adaptive & innovative entrepreneur with a heart for helping people, he is building his legacy around giving back and lifting others up!

Christina Rice is an intuitive channel and celebrity energy healer who guides high-achievers to live their most authentic, abundant lives. Christina is the founder of Ahai™ 7D Energy Healing and has been featured in top publications like Forbes, Entrepreneur, & Buzzfeed. She is also the founder of The Podcast Connector, host of her own spirituality podcast, Christina the Channel, and author of the new book – Manifestation Mastery: How to Shift Your Reality & Co-Create with the Universe.

After years of battling multiple chronic illnesses and then becoming a holistic nutritionist, Christina realized there was still a missing piece to her healing journey: spirituality. She was able to transform her life and build a 7-figure business by age 25 through energy work, brain rewiring, and manifestation. Christina has helped thousands of people activate their intuitive gifts and master the energetics of their health, businesses, and relationships through her monthly membership and transformational programs.

Ryu Okada is a Los Angeles based serial-entrepreneur. He is the Founder ＆ CEO of R’s

KOSO, Inc (rskoso.com), whose Koso Cleanse is the leading way to improve your gut health. Koso is a century-old traditional Japanese postbiotic superfood drink. Ryu previously worked as a Consultant at Deloitte, and later became the Founder of a plethora of businesses including a food startup (Comp.jp), blockchain company (Soramitsu.co.jp, Sora.org),  and a financial consulting company, while also holding a Japanese CPA license!

Sheila Townsend is the owner of Sheila Strong – a global online health and fitness company and founder of The Metabolic Method, a metabolism focused nutrition and fat loss program for moms. Being a mom of 4 young girls herself, a former professional athlete and working over 15 years in the fitness industry she found that most programs did not focus on women’s health and have a specific focus on hormones, metabolism and how to truly build lean muscle in order to sustain fat loss results.

After having her 3rd daughter and turning 40, she struggled with her metabolism and sustaining fat loss, which inspired her to invest and learn everything she could about women’s metabolic health and sustainable fat loss. After amazing results personally this inspired her to create the Metabolic Method. This method is how she restored her metabolism, built her best body, and sustained it. Sheila has now successfully taken over 1000 women through this personalized program and has made it her mission to show mother’s that with a clear plan, you can reignite your metabolism, “find your strong” and build an amazing body!

Maverick Behind the #StarSeed Movement

Rosanna is the Maverick behind the #StarPeace movement which is designed to seed positive narrative into the collective consciousness of humanity. She delights in awakening Multi-Dimensional Consciousness in those with tremendous power and influence & a good intention. This allows  a shift in the global balance of power, from external authority to inner authority & sovereignty.  It is time for an era of PEACE Co-Created through JOY.

Her 22 year background as a fertility, pregnancy, birth & neonatal expert, has involved teaching a holistic approach to these areas through yoga & raising awareness regarding the impact of how our earliest life shapes our physiology, subconscious expectations, health and life experience.

The creatrice of both Multi-Dimensional Yoga and Coaching, Rosanna empowers those she works with to put their soul in control, increase their magnetism, rewrite their narrative, and offer their gifts to this world in a solution focused way. This is accomplished by unplugging from the F.E.A.R. Matrix and upgrading all inherited and self experienced programming  into the Divine Matrix. She works with creatives to raise their vibration so they create from their soul rather than ego wounding, by claiming their power as Co-Creators of their reality and aligning with the Win Win Win in everything and the Highest good of all.

Founder and owner of Johnny’s Pizza

Johnny Pavlik is a North Carolina-based Restaurateur, who has established a multitude of independently owned locations! He is unbelievably well known in the independent pizza community & has accrued over 350,000 followers on social media to prove it! After doing numerous successful collaborations with huge influencers like the infamous Wolf of Wallstreet, Jordan Belfort, Johnny is more than excited to join Simonetta and be featured on The Simonetta Lein Show’s latest, Game Changing Entrepreneurs Panel, to discuss his own approach to successful entrepreneurship, lifestyle & business!

Watch the Game Changing Entrepreneurs Panel 12: “How Can You Create a Long-Term Vision for Your Business?” on The Simonetta Lein Show here:

The Simonetta Lein Show: Game Changing Entrepreneurs Panel 12: “How Can You Create a Long-Term Vision for Your Business?” on IMDB: