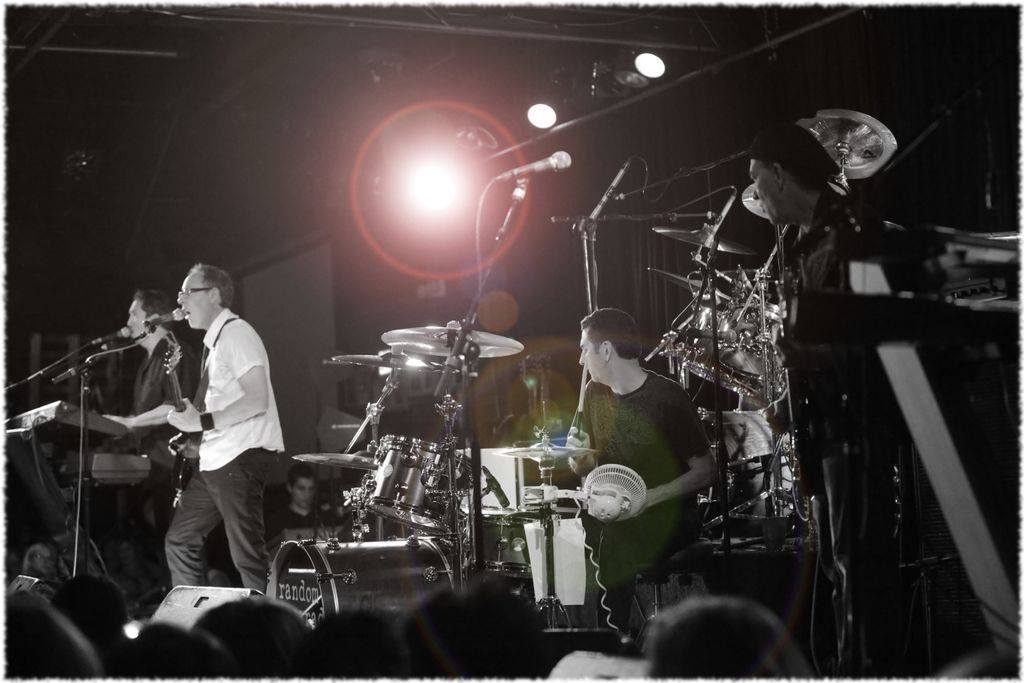 In their seminal debut album The Sad Charade, SoCal post-punkers Random Parade established a sound as defined by anti-melodicism as it was a familiar, albeit retro, surrealism that endures to this day among modern alternative artists like Glom, Parker Longbough and Riches of the Poor. In songs like “Mirrors,” “Cynic” and “Unstable,” the band delivers a series of chills that are conceived out of synthetic harmonies almost exclusively, living little room for anything of color in the dreary, almost painfully bleak sense of tonality they produce. There’s not a lot of catharsis in The Sad Charade; in fact, a black cloud seems to follow the most compelling beats in the tracklist. Moodiness is a key component of post-punk, but in this record, it got an update from its original incarnation that definitely helped to keep the genre alive.

“Start & End,” “Sad Charade” and “Slip Into a Spell” translate really well ten years after their initial arrival, and to a larger extent they feel really predictive of what would come in the postmodern pop movement towards the end of the 2010s. The last thing that was on Random Parade’s mind when making The Sad Charade was timelessness – this is obvious from the streamlined approach they took to the production value, and most of all, the DIY aesthetic they try to preserve despite employing a slick varnish behind the mixing board – and that could be why this LP is so chills-inducing. You don’t have to be a professional critic to recognize the lack of pretentiousness; it’s in the character of every composition here.

There’s so much unfiltered emotionality sewn into the instrumentation of “Daydream,” “No. 1 Crush,” “Holy Water” and “Churn, Spin, Shake” that it’s easy to get distracted by the complexities of the arrangements over the vocals in some of their more climactic moments. That said, there’s never a point in which the lyrical content in The Sad Charade sounds like a backburner component of the larger narrative unfolding in the tracklist. If you’re looking for well-rounded post-punk, this is actually one of the best albums to have debuted in 2010 (especially if you compare it side by side with some of the most heavily-buzzed alternative LPs to have stirred up the mainstream that year).

Random Parade might not have broken through to the primetime with their 2010 debut, but it’s undebatable as to whether or not they were able to raise the bar for both themselves and the scene that spawned them. In eleven tracks, this band shaped a full-length effort in The Sad Charade that still feels really sonically potent and aesthetically stylish over ten years after it first hit record store shelves, which is something I simply cannot say about a lot of other albums in its peer group. It’s the embodiment of what wound up being the most transformational era in the history of SoCal alternative rock, but more than that, it shows us just how far its creators have come in the last decade since its release.