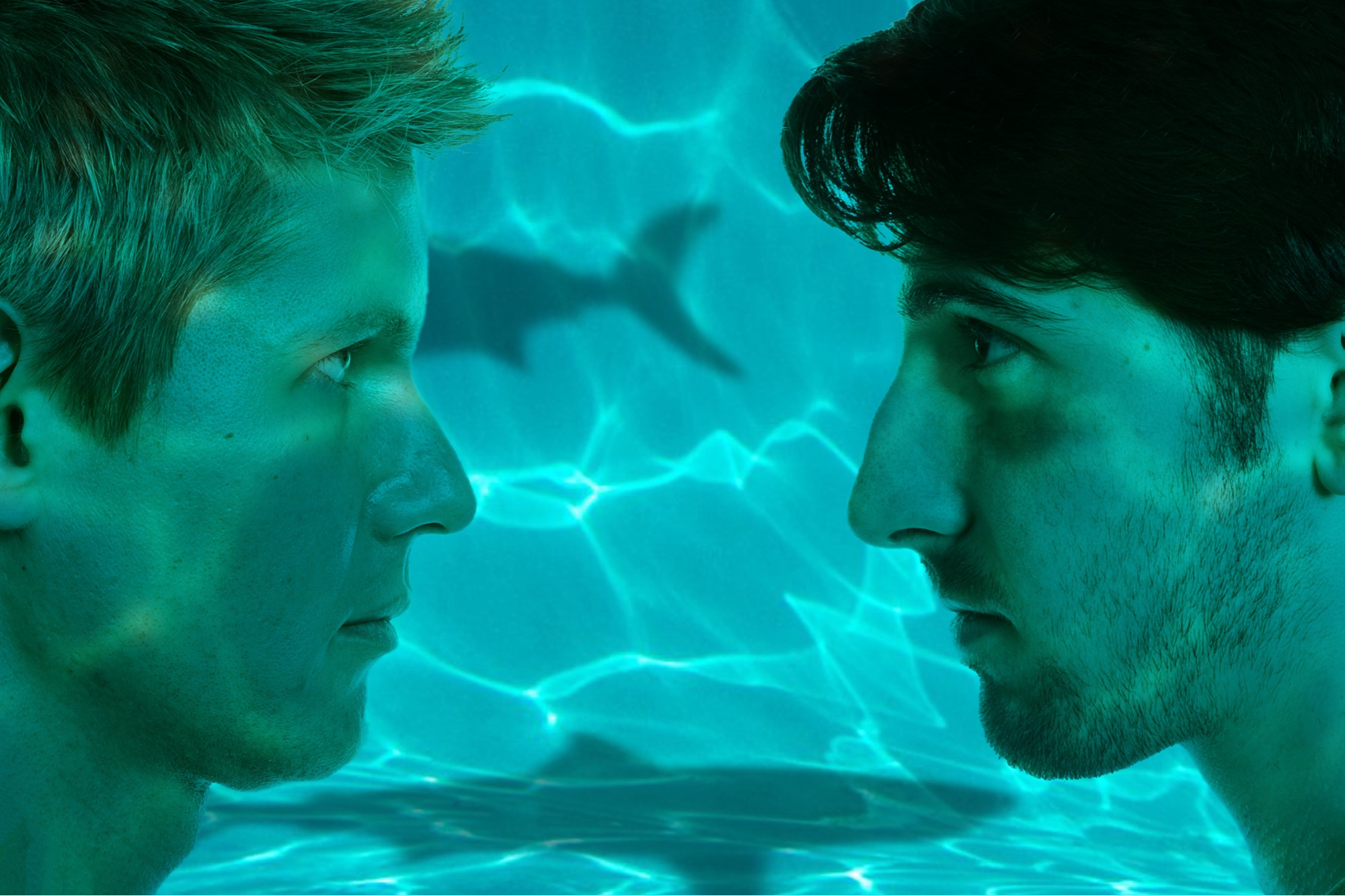 If you’ve ever wanted to listen to an album that can transport you not only to the outer reaches of interstellar space travel but to the depths of your Nintendo64, The Nylon Admirals have something they’d like to show you. A duo only three years in the making, The Nylon Admirals are a band that feels indebted to and deeply aware of the modern state of things when it comes to electronica music.

As they explain it, “Over the past 20 years, electronic music has become homogenous and repetitive. Forgotten are the symphonic synthesizer scores of the 70s, digital tapestries of the 80s, and wild experimental beats of the 90s. Leaving us with an ocean of loop-based dance tracks confined to a plethora of rigid sub-genres, and a focus on production values over musicality. A sea of polished turds. We got so tired of trying to find new music we liked, that we decided to just make it ourselves!”

First on their debut album Drama, and now on their sophomore effort Handbags, the motive to “save” the electronic genre feels at home in the musical DNA and artists’ frontal lobe, and now that Handbags is out in full, let me just say… Mission accomplished, gentlemen.

Showing up to Electric Daisy Carnival, Hard Summer, or Wonderland, you’re going to be hard-pressed to find a single electronic act even remotely like The Nylon Admirals. Flexing a wide array of musical influences that feel both as tethered to film scores as ‘80s synth-rock groups, there’s a new pep in the step of what was once considered to be EDM. The knack for melodic interpolations and sampling on Handbags is to die for, and the sophomore slump has never existed less.

Be it in the form of a send-up to everyone’s favorite movie trailer voice guy (the words “In a world…” should instantly ring a bell), in deeply emotive electronic tracks that feel fresh in their instrumentation (“Butcher’s Hook”), or derivative of other pieces of media in all the best ways (dance tracks “What Dreams May Come” and “Guillotine”), there’s so much meat to chew on here. Handbags incorporates an uncountable slew of vocal samples from films and television to push the album’s overall loose narrative along, but even without samples to tell the audience how to feel, the music is enough to open up the emotional wells.

With Handbags, are The Nylon Admirals successful in bringing about their revenge on modern EDM? The results remain to be seen, but once the ten-minute-plus epic finale “Orabidoo” rolls around, the state of modern music will be the last thing on your mind. A total deconstruction of what music is and what it can be, “Orabidoo” sends Handbags out on the best note possible as it spans enough time to stretch the listener’s brain to and fro before bringing things together to end on a pitch-perfect, mellow closing section fronted by a woman vocalist and, ultimately, a round of applause from an unknown audience. The experience is ultimately highly rewarding when treated like a cinematic viewing, and The Nylon Admirals seem well aware of this fact; there’s beauty in a narrative, and Handbags is quite possibly their magnum opus.