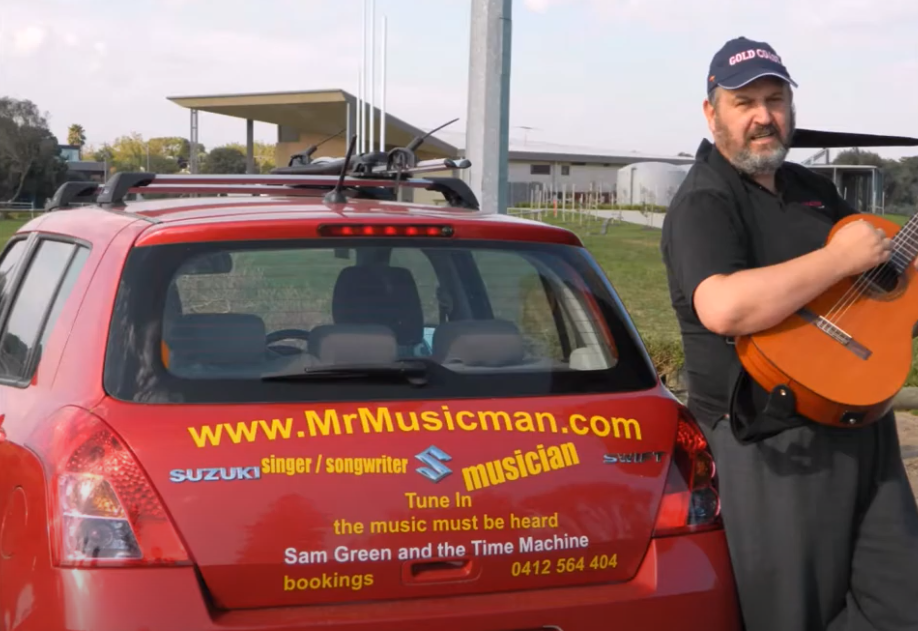 Sam Green’s most popular songs on Spotify give new and established listeners alike insight into several of his abiding concerns. This is an artist operating at or near the peak of his powers for almost ten years, but his art stretches back further. Green is a published poet as well and has taken his guitar and notebooks with him from the street corners of major cities to campsites filled with hard-scrabble laborers. The Australian born singer/songwriter has embraced an acoustic dominated sound for the bulk of his career but doesn’t limit himself to this configuration.

An excellent example of how a full band arrangement benefits his songwriting is “For the Ocean” from his 2013 album I Think It’s Time. The arrangement comes together in a gradual fashion. Steady strumming opens the cut before imaginative bass phrases work their way into the aural conversation. The final touch, percussion, gives “For the Ocean” added impetus it would have lacked in a strictly solo performance. The track “Have the Seasons Changed?” is one hundred eighty degrees opposite. The acapella performance has a pleasing vocal melody and lyrics well within Green’s wheelhouse bemoaning the passage of time and youth’s fleeting reign. It is a stark change of gears but nonetheless effective.

Another winner from 2013’s Players All Are We is “Angel of the Morning”. The inclusion of woodwind instruments and light tabla-style drumming gives it a distinct flavor, but there’s a missed opportunity here with the vocal mix. Green’s voice, while audible, is nonetheless buried too deep in the mix. It isn’t enough of a flaw, however, to a mar an otherwise exceptional cut.  There are moments during “Drowning in a Sea of Life” when Green’s voice is reminiscent of Leonard Cohen without ever striking an imitative note. The Spanish-styled guitar work and smattering of backing vocals are astute touches as well. Another track from 2017’s The Time Has Come Again is the lightly percolating “Whiskey on Your Shoulders”. The haunted regret layered throughout this tune finds an excellent musical counterpoint in the percussion and tasty guitar playing. Rarely has rueful looking back sounded so stylish.

Devotion and resentment contest the same ground during “I Carry the Load”. The first track from 2018’s Ten Parts of the Journey echoes with spectral country influences. The easy 4/4 amble of its drumming, the ghostly pedal steel, and even the occasional cracks in Green’s voice underline its authenticity without straining for effect. Sometimes his efforts, however well-intentioned, backfire.

The track “I Am” from Baked Beans (432 Hertz) that same year has much to admire, many fine lines, an evocative vocal, and first class musicianship, but it’s pivotal line “I am a prisoner of conscience” is far too literal and curiously self-congratulatory to take seriously in song. Such missteps, however small, are rare. Sam Green has labored years honing his talents to a sharp edge and it pays off for listeners. This review provides a brief overview of his career thus far, focusing on popular Spotify selections, but the wide breadth of his catalog beckons further investigation.