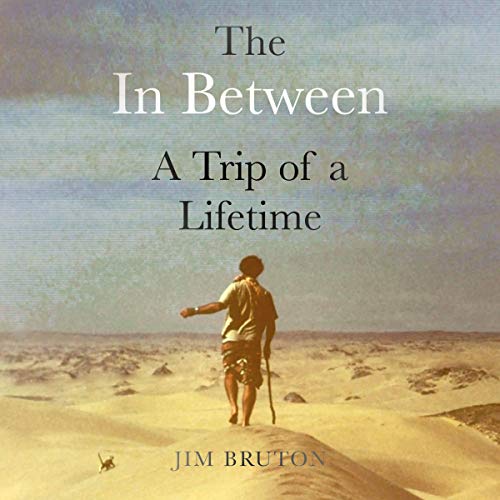 The Man Who Fell From The Sky Recounts His Story In The New Audiobook “The In Between: A Trip Of A Lifetime”

Jim Bruton knows life. His past is marked by relentless curiosity and remarkable achievement. He was an African wilderness guide, Emmy Award-winning wildlife film director, aviator, adventurer, inventor of the satellite videophone, NBC News Middle East war correspondent, a husband, and a father.

His passion – building and flying WWI-era aircraft – led him where he never imagined he’d go: a horrific crash that left him for dead. For one week, Jim Bruton hovered in the place that is not life and not death, a place he came to know as the In Between. He came back, and this is his report of what he has seen.

Bruton takes us along for a by turns hair-raising and ultimately triumphant story of his coming to grips with what has happened to him. As he heals, his experiences in the In Between become more and more pressing. They download into his mind like rushing movie stills. His life of action turns internal. He uses all he knows – from quantum physics and battlefield memories to scenes of childhood and familial love – for a new deeper understanding of what it means to live.

Jim Bruton, the man who fell from the sky, is not the same man who flew into it. And if you walk some of his journey with him, neither are you.

About the author: Jim Bruton has lived a life many people dream of but few experience. As a little boy, he lived within an active imagination, including a love for wildlife filming, international travel, science fiction, and vintage aviation. In adulthood, he checked every one of those off his list with internationally recognized achievements, an Emmy for a National Geographic wildlife film, traveling to all seven continents, the Titanic, the North Pole, and Mt. Everest, shrinking a satellite TV truck into a backpack, and transmitting live video from places before impossible and building and flying historical reproduction aircraft from World War I and the early 1930s.

For many, any one of these adventures resulted in a single lifetime achievement. For Jim, it was just the beginning, climaxing with the crash of his last aircraft and the near-death experience that followed.

Beacon Audiobooks has just released “The In Between: A Trip Of A Lifetime” written and narrated  by author Jim Bruton in audiobook format worldwide. Download your copy on Audible here: