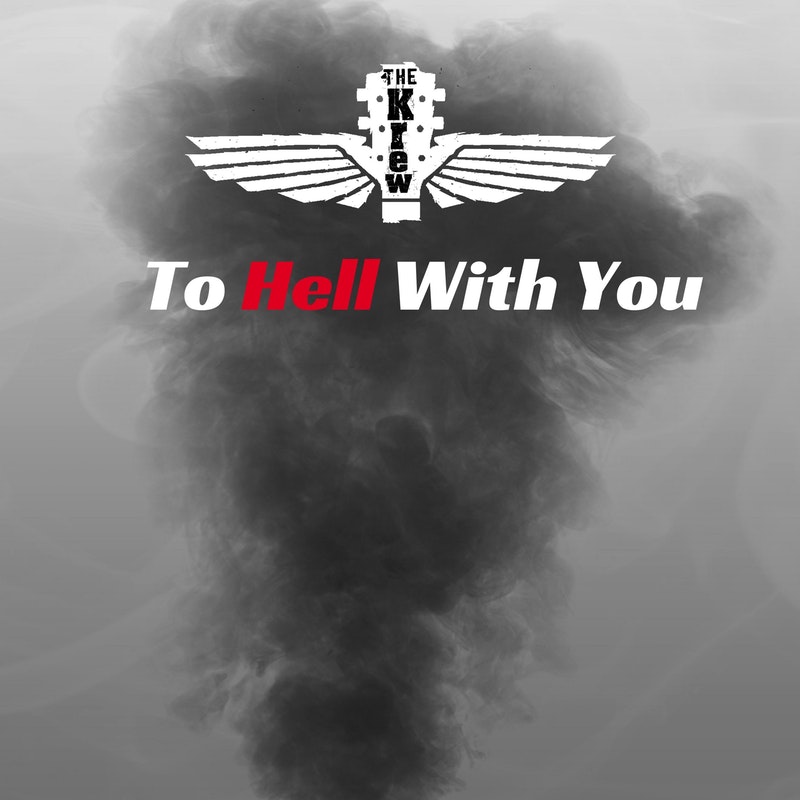 Salt Lake City, Utah, rockers, The Krew have accrued quite a fanbase on social media. Led by Jhonny K, The Krew’s single “To Hell With You” is a rockin’ revival of bluegrass, blues, pop and rock all rolled into one. From the get-go, this is a foot-stompin’ bevy of a good time song.

One of the first reactions to “To Hell With You”, besides the head-turning guitar riff, is the twangy/bluesy guitar tones. It’s a bit like Ram Jam’s 1977 “Black Betty”, but less crazed. Jhonny K doesn’t sing with anger or bitterness. His vocals come across fun and more of leader of the party than a ghoulish growl. Lyrics like “I keep it cool, but I’m fighting fire….I swear you gotta be an angel…I feel like I’m being the devil…If you don’t go to heaven…then I’ll go to hell with you.” And has Jhonny K sings “Lord, I’m asking you for her embrace” the plucky banjo and ghosts of Lynyrd Skynyrd, The Allman Brothers Band, CCR, Molly Hatchet and Bad Company all seem to come to fruition.

No, it’s not a Christian rock song. (Not that there’s anything wrong with that). But it does play on the God, good versus evil, themes. I liked that about “To Hell With You”. It made for an interesting tale and it kept me listening. Jhonny K’s voice, again, doesn’t have madness, but rather, a gritty, working-man’s voice. He’s also very relatable and engaging – another reason this song sticks.

What I liked most about this song is that it just keeps moving – it’s like a freight train. Besides the oh-so-sweet guitar riffs, the jumping banjo – the basslines and the percussion hit all the right spots. It all comes together in this powerful wall-of-sound. While “Black Betty” filled some gaps and had a second run in 2004 with Spiderbait, “To Hell With You” has more depth and juice to it. There’s a brightness that comes through– maybe it’s the mixture of banjo, bluegrass and southern rock that feels so Americana. It’s a thrill.

The tempo of the song and the clever lyrics make “To Hell With You” quite a hit. But, it’s the backing music and overall musicality of this band that makes it so exciting. Fans of rock, pop rock, southern rock, blues, bluegrass and even folk music will find this tune to their liking. The music bed becomes its own character in this heaven and hell tale. It’s an added layer that brings this song higher on my “loving it right now” lists. I do think it’s worth adding to your Spotify lists and musical library. With definitive influences coming from 70s rock and neighbors to the south, these Salt Lake City rockers have catapulted that core sound to their own unique blend. It’s modern and most of it, it’s a riot of fun. They aren’t carbon copies and The Krew are quite unique. Give it a go, let yourself go and “To Hell With You”. Get ready to dance with the devil – it’s worth it!