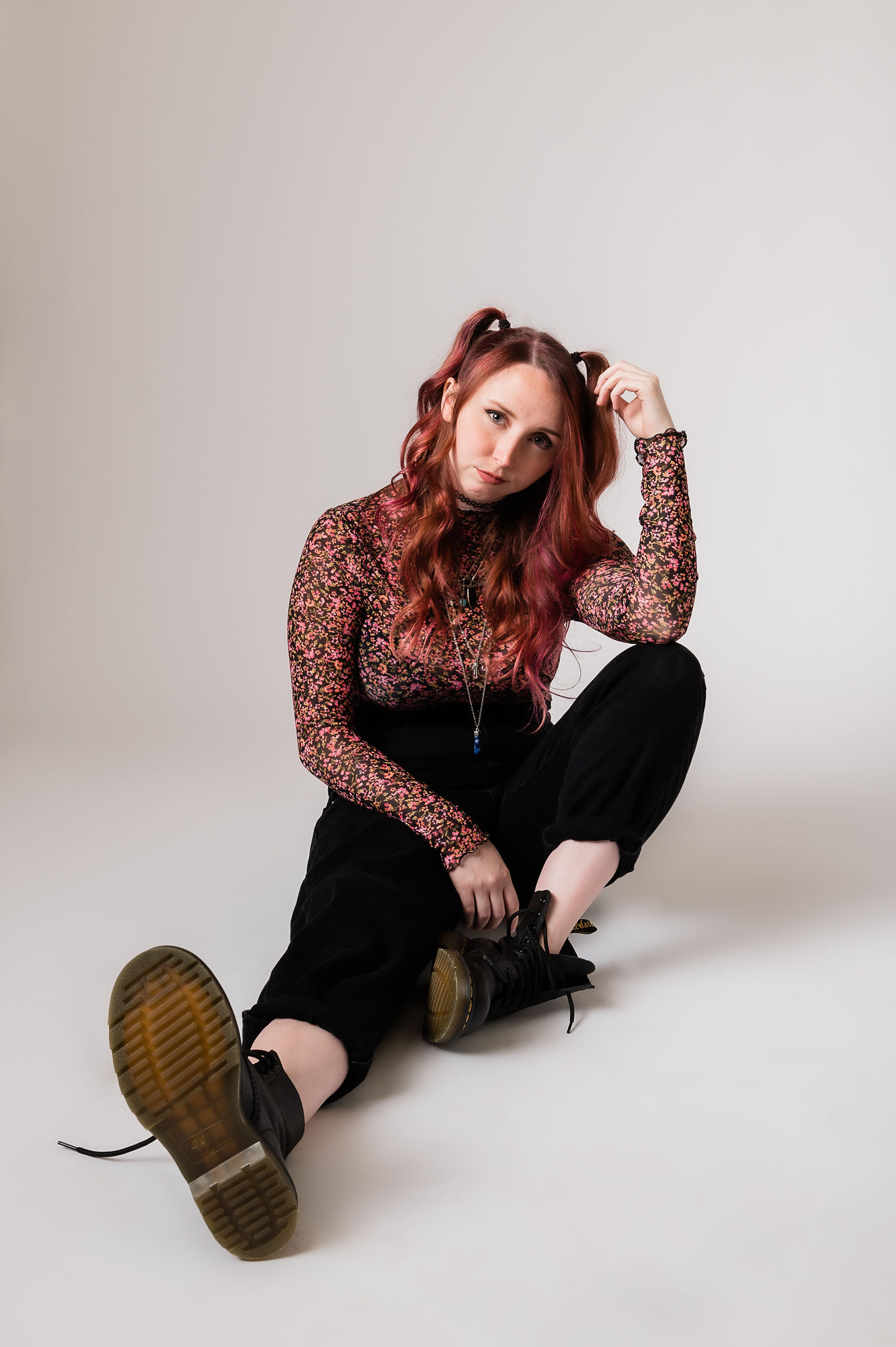 THE JOURNEY OF SELF IN ‘SELF TITLED’ BY LAINEY DIONNE

Your latest catalogue of music has really made an impact on your fans this far. How surprised were you by the reactions of your fans?

Honestly this new sound is so different that I was a tad nervous as to what people were going to think. I was thinking “am I going to lose my folk fans? are people going to think I’m a ‘sell out'”. And then I thought “This is me… this is who I am right now and how I sound right now. I’m growing into myself. My music is a snapshot of me. It’s like a yearbook picture; it would be quite boring if I wore the same outfit every year and this year – I love my outfit”. I’ve gained so many more fans by crossing over into indie pop. I’m creating the music I listen to on the daily right now which is keeping me motivated and inspired. I’m still writing about deeply personal feelings I’ve had with my relationships. One of the songs off the album called “Skin” is about a dark depressing toxic relationship in which you don’t recognize yourself anymore. People have told me that that song has helped them and has saved their life. That not only surprised me but made me feel so special that I could help someone with my art. My art helps me get through my tough times and is the soundtrack to my good times. The fact that it can do that for someone else too is amazing.

Can you share your favorite reaction from a close friend or family member?

After my album came out I let my parents sit with it for a bit to decide which one of the songs was their favorite and to my suprise “Cool Story, Bro” is my dad’s favorite! I found this out because I was practicing to the backing tracks for a show and my dad was singing the lead line without me and knew all the words!! That was a funny moment to me because that song happens to be about all the boys that have a bad text game and to hear my dad singing about it and saying “so I say cool story, bro” was a funny and great moment for me. My parents are amazing supporters of my career and I’m very lucky that they love my music.

What happens as an artist when you release new music?

It’s like a giant weight is lifted off your chest and yet a new weight is added but it’s a more exciting weight. You have to have all your ducks in a row and so much goes into putting out an album. Once it’s out it’s like YAY LET’S GOOOO but then you have to push it like crazy and a new list of work begins. It’s definitely less stressful once it’s released but the work never stops! Also personally when I release music- it’s mostly about guys I’ve dated so once the songs are finally out, it’s like those emotions live there now. It’s really freeing.

What was the track that took you to a much more elevated place as an artist?

I think the first track as well as the first single off the album really helped me physically as an artist. “Hey London” has an amazing backstory about this foriegn fling adventure I had which you can hear more about here. This song was written by myself, Gabe Simon who has written for Dua Lipa, and Nick Schwarz who produced the whole album. “Hey London” won the Unsigned Only Competition (AC) which was amazing along with 3rd place (AC) in the International Songwriting Competition. It is also nominated for NEMA Song of the Year! Emotionally as an artist, I think my song “Senti(mental)” on the album took me to a different place. I wrote that song with Hannah Schaefer about what I thought it would feel like to lose my then-current relationship. The relationship actually ended the week of recording and I had such raw emotions in the studio singing it that I actually cried. We kept the crying takes in the master of the song. I didn’t really know what it meant to “sing my heart out” before that day in the studio and I will forever cherish that captured raw emotion.

How do you track your progress when it comes to making music?

I set daily, weekly, monthly, and yearly goals for myself. I love lists so I’ll cross things off once I’ve completed the task or accomplished the goal. Crossing things off feels so weirdly bomb! I do pretty much everything DIY besides producing and when I co-write, so there’s a lot that falls on my shoulders to finish! For instance, today I’m updating my one sheet/EPK, submitting to 25 Spotify playlists, working with a new sync agency, and doing this interview! This week I’m adding 4 more press placements for the album, updating the website, securing 6 more show venues, designing new merch, filming a new video, among other things! One of my goals this month is to get on 10 new national radio stations and to finish 2 new songs for the sophomore album. My yearly goals are much bigger like opening for one of my favorite acts or getting a sync placement in a major movie. Anything big or small I accomplish feels pretty good!

Do you make sure you’re done with a track first before moving on to the next? Or does it all just mix in together until you’re done?

No. So for this album I co-wrote a lot of it with various writers. If we weren’t feeling it that day- we’d end the session and I’d do another session that week with another artist on a new song then next week finish the first song with the first writer. When I write by myself it’s a different story. I write my song in like an hour and don’t revise it. What you get is what you get, so it will definitely be done before I start a new one but that’s not on purpose- that’s just how I write when I write by myself. One of the songs that I wrote all by myself on the album is called “Cumbria” after the county I was dating in, in England. I wrote that break up song upon landing in the US. I got off my flight, drove home, sat on my bed and wrote it in like an hour and then what was written is what you hear now on the album. I find that when I’m really feeling a certain way- it’s best not to revise it because I’m not writing it to structure a song, I’m writing it to get out what I’m feeling. It’s like therapy.

What’s the impact you want to make with Self-Titled that will domino into future music?

Those people, in my case guys, can make you feel so broken and damaged with the crap they pull- but YOU can make yourself feel better. You can do that. I feel like not many people know that they can make themselves whole again- I didn’t know that for a while… but you can! I want “Self-Titled” to be a reminder to myself and to other hopeless romantics out there that you can pick yourself up again, you can be whole- and I hope I continue to follow that truth into the next album.

I would love to hear what YOU think of the album!!