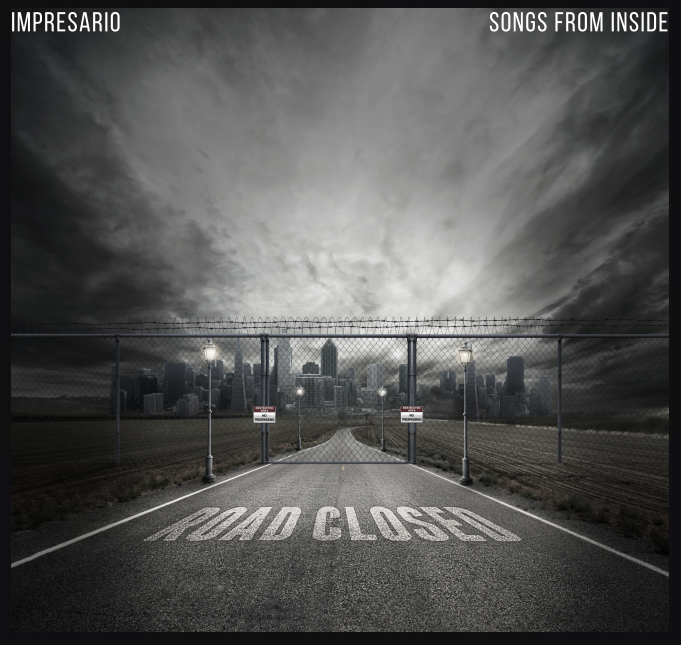 In the new record from Impresario, rightly titled Songs from Inside, melodies and poetic substance intertwine to make a juggernaut of an indie effort worthy of the fans it was conceived to please. Songs from Inside features little – if any – orthodox compositional techniques, but I’d stop short of calling it a left-field stab at contemporary pop prowess. Created by a vocalist in Valerian Ruminski who can croon just about anything and turn it into gold, this project unleashes a hurricane of harmonies you won’t soon forget, and if I were the only critic saying as much this month, it would come as a great surprise indeed.

Let’s get down to brass tacks – the bread and butter of this LP is the lead vocal, and no matter where we find it here, there’s never a moment in which it doesn’t magnetize anything within earshot of its vibrancy. “Gringo Bingo” and “Living in My Dreams” aren’t quite as powerful as “Lean on Me” or “The Coat Aria (Vecchia Zimarra)” are, but they don’t have to be; Ruminski is more than content to show us as many sides of his artistry as he can fit into ten songs, and better yet, he avoids any temptation to indulge in excess.

One thing that really grabbed me in the songs “WKOFMNRU,” “Sometimes,” “Whatsoever You Do” and “If You Knew” was the instrumental tonality, which I would rank as some of the finest I’ve heard out of an underground source in the last year. I was surprised to learn the technological origins of the record, and specifically that most of the components were computer-generated; had I never been told as much, I probably would have taken the textures here at face-value. It truly makes the experience of enjoying Songs from Inside all the more spectacular, particularly for those of us who proudly consider ourselves music nerds.

I would have probably put “The Coat Aria (Vecchia Zimarra)” ahead of “Goodbye My Friend (For Jason)” if for no other reason than to increase tension heading into the second half of the album, but besides this one alteration, the flow of this tracklist is something rookies should be jealous of. It’s hard to hit the stop button once you’re lost in the cycle of songs here, and the last time I checked, that was still a pretty desirable outcome among record producers in both the mainstream and the underground markets.

If what I’m hearing in Songs from Inside is just a preview of what Valerian Ruminski has on deck for the future output of this ear-stimulating new project, he’s going to pick up a lot more accolades from across the circuit in the future. Songs from Inside doesn’t change the world when it comes to hybrid aesthetics; however, I do think that it has the potential to set a new standard for the experimental circle this artist is penetrating right now. I’ll be waiting on a sophomore LP, but I would recommend that anyone who loves mighty musicality of a more ambitious persuasion make sure to give this a listen before the month is out.