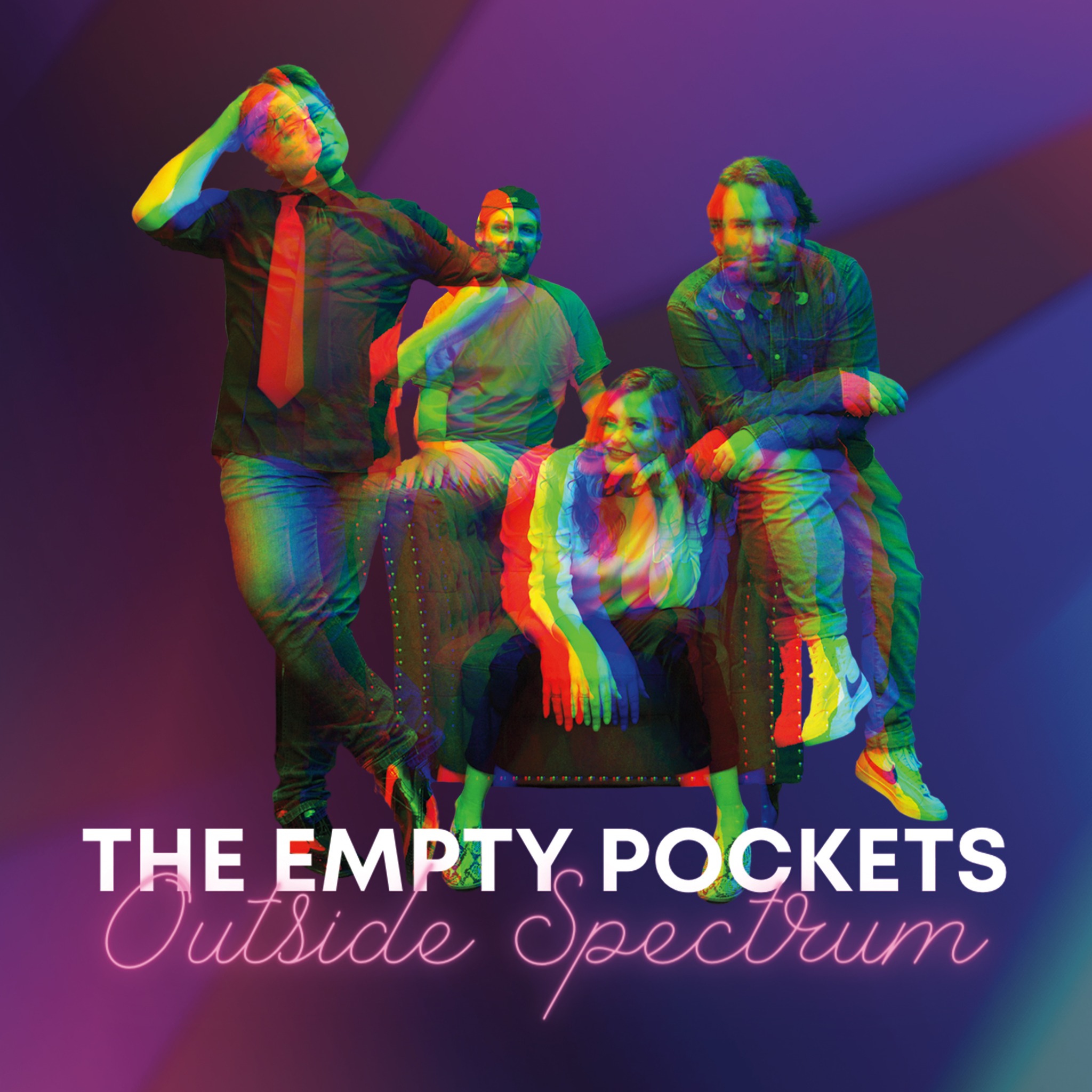 The Empty Pockets Release “Outside Spectrum”

Elegance, especially in western music, begins and ends with the simplicity of a compositional perspective, and this is all the harder to argue with when listening to an album like The Empty Pockets’ Outside Spectrum this July. Where a lot of other Americana acts have been trying to develop an edginess through hesitation, especially when it comes to songs with a difficult tempo change, this is a band that wants to do the opposite, and swagger is undeniably one of the greatest driving elements in songs like “Youth Vaping,” “Mrs. Sacramento,” and “Privatize the Profits.” All in all, these players have earned the right to be pretty confident in this release.

The beat is a significant component in all of this material, but it’s of particularly high communicative value in “Tense Car Tab Confrontation” and the title track in Outside Spectrum. I think it’s really special how The Empty Pockets don’t want to use lyrics on their own to make a point in this music, and it’s frequently when they step away from the mic that some of their biggest poetic sentiments become inescapable for the audience. Whether in words or the weight of the melodies, this act is going to make us feel what they’re feeling in this album.

There’s no evading the countrified influence over “A Bird Does Not Sing,” “Hold Your Lamp Up,” and “Heart of Ash,” but I wouldn’t want to – it makes the colorful undertow of this record even more enticing to the ears. Longtime listeners needn’t worry; this Windy City crew isn’t selling out their core aesthetics for something steeped more in the Nashville tradition, but they’re also not pushing back against a bucolic sensibility in their sound that is really fetching to absorb, especially when it’s being given the kind of backdrop we’re getting here.

I would love to hear “That Gun” and “No Matter What They Say” live in the future, and I think they represent the two primary tent poles within The Empty Pockets’ artistry beautifully. There’s multidimensionality to their music that doesn’t exist as much for the mainstream counterparts they’re battling for listeners at the moment, and it’s in these two songs that so much of who these players are at the end of the day becomes not only the theme of the material but the actual substance of the storytelling as well. They’re being themselves, and in this pop scene, that’s more than anyone (seemingly) could have asked for.

I think that what The Empty Pockets are dropping this August is quite promising indeed, and for those who have come to expect a lot out of what this band releases, you’re going to be very excited to know that they’ve done well at outdoing themselves once more in this LP. What develops the greatest climax in Outside Spectrum isn’t one song or even a series of hooks stacked together in the tracklist; it’s the way these musicians carry themselves from one song to the next, which is always much more impressive than what others in their same scene have been doing.