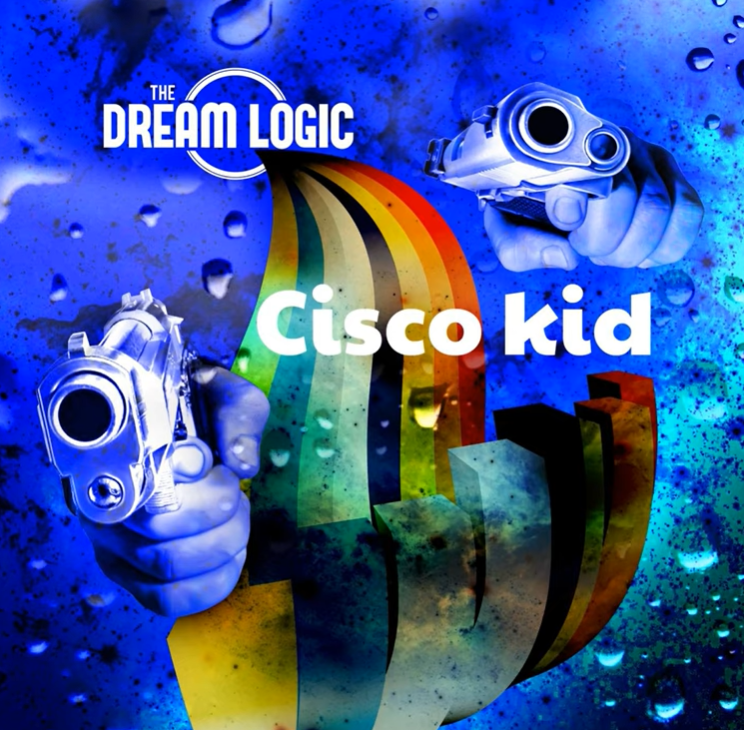 Cover songs can truly make or break a band. Artists have paid homage and tribute to each other as long as music has existed, covering one another’s songs for a variety of reasons – the bold sentiment attached to releasing a cover song is undeniable, but doing so as a single is almost entirely unheard of and makes whoever is brave enough to attempt the feat deservingly. Enter The Dream Logic’s brand new single “Cisco Kid,” a cover of the iconic War track of the same name – it bears similarities in structure and lyrics, but don’t go into anything released by The Dream Logic thinking you know what to expect.

Founded in New York City, The Dream Logic is comprised of three unique voices at its core: songwriter, lead singer, and multi-instrumentalist Charles Compo, bassist Jerry Brooks, and drummer Camille Gainer. In addition to the three, a rotating array of talents would join the trio within the studio in the past to fill out the eccentric dynamic put on full display within the boundary-pushing project known as The Dream Logic. With three albums in their discography thus far and a strong selection of singles in their back pocket, the band is not one to scoff at. They’ve boasted a steep variety of sounds, going from your expected instruments (guitars, drums, bass), to instruments beyond the usual, including flutes and horns. The hints and history of jazz touches are notable, and only further hone into the eclectic core of the new single “Cisco Kid.”

Knowing the backstory of The Dream Logic makes their choice to come out with their twist on an established favorite all the more obvious – War’s own “The Cisco Kid” is just well-known enough to validate the existence of a worthy cover, and The Dream Logic is here to deliver on that promise. Instead of opting for a beat-for-beat rendition, the band opens the cover with a rollicking drum solo that more or less encompasses the first twenty seconds of the track before easing into the chorus, or at least what works as a chorus within the opening and closing chunks of the song – the simplistic lyrics tell a bare-bones story of the iconic (and seemingly ill-fated) Cisco Kid and Pancho, with a basic rhyming structure, putting the focus almost fully on the instrumentation behind the words. It’s worth noting that this cover of the song nixes a verse, and the rendition exists almost purely to be a fun addition to any Dream Logic concert setlist.

It’s safe to say that Dream Logic feels extremely in their element behind the wheel of a War cover; the two bands’ styles gel appropriately, both giving their due to the other version in one way or another. I think Dream Logic’s ripe for an album of covers, with their sound harkening back to 70s jam rock here in all the best ways. However, that might be what most would come to expect from The Dream Logic and, if this brief dive into their work is any notion, you can only ever expect the unexpected when dealing with this collective.

The music of The Dream Logic has been heard all over the world in partnership with the radio plugging services offered by Musik and Film Radio Promotions Division.  Learn more https://musikandfilm.com