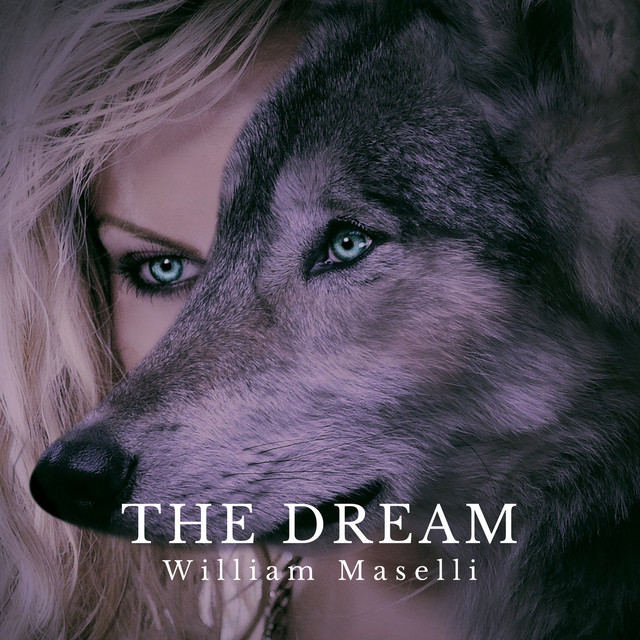 “The Dream” by William Maselli

Clawing into focus with an intensity more akin to wildlife than anything in the civilized world, there is at first an ominousness to the song “The Dream” by William Maselli that is hard to get around, no matter which of the numerous instrumental components you happen to be tuned into the most. Indeed, listening to this collage of melodies come together can be daunting, as we’ve got no idea where it’s going to lead us and what’s going to happen next; but never fear, for William Maselli’s gently-constructed verses soon come into view and start illustrating just how vulnerable a listen we’re about to be treated to amidst a summer largely devoid of such content. “The Dream” lives up to its title and then some, especially for those who are picky about their music.

The relationship between the piano and the vocal is by far the most important one featured in this single, and yet I’m hesitant to downplay just how vital an accent Eric Woltshock’s fretwork is on the overall piece as a whole. Maselli has an amazing voice, and while the strings dance and connect with the stylization of the verses beautifully, it’s the piano that’s giving us the best footing for the track and, in turn, everything our singer is trying to depict with these lyrics. He’s sensitive when he’s got the microphone all to himself, but he’s also the kind of artist to follow a whim if it means getting a more provocative finish.

There are no two ways about it – this is one of the more minimalist-minded arrangements I’ve listened to this August, and for all that it lacks in the grandiose elements that have essentially become standard in the majority of pop music through the years it more than makes up for in tenacity and unfiltered emotion. With nothing to get between artist and audience, we’re really able to appreciate just how much of his heart Maselli is putting out there with his words and the harmonies alone, and the fact that the very absence of a drumbeat implies a soul-searching that has been next to impossible for most recording artists to put onto master tape, no matter the genre or the concept behind the music.

“The Dream” benefits from a powerful cast of musicians performing it here as well as a sterling production quality that has traditionally made a lot of artists more appealing to the mainstream market, and I hope it’s representative of a standard we can anticipate William Maselli living up to when he returns to the studio again soon. He’s got a little bit of everything for the audience in “The Dream,”  be it charm as a performer or detailed instrumental complexities the same, and judging from the reception that this single and its simple lyric video have been getting since first release not long ago, I would have to assume that I’m far from the only critic who has noticed the talent and skill Maselli is working with as a recording artist.