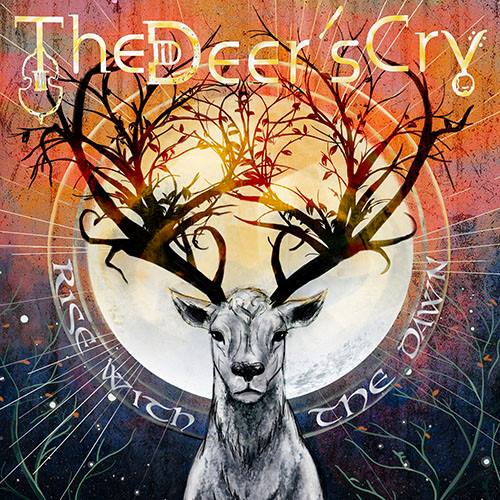 The Deer’s Cry releases Rise With the Dawn (single)

The single “Rise With the Dawn” from The Deer’s Cry’s debut album of the same name heralds the arrival of a traditional music act capable of standing heads and shoulders above the assortment of similar bands and ensembles present on the scene today. It is the songwriting and chemistry between the musicians that elevates The Deer’s Cry several notches above the norm and the crowning touch is Karen Ballew’s vocal excellence. She definitely casts herself in the mold of similar singers with the ethereal touch her voice brings to bear on listeners, but I think her supreme accomplishment as a performer here is marrying exceptional by the book vocal touches with an universe of emotion.

It often isn’t the case for singers – they frequently excel in one of those areas while finding themselves lacking in the other. Ballew, however, brings well-rounded talent to the table and her outstanding lyrics are the final element in her presentation. Her writing for the album’s title track is spartan, yet suggestive. She is an obvious master of saying more with fewer words and this intangible skill deepens the listening experience, but her phrasing puts the words over the top. She fills each line with the spirit of performed poetry and the musical arrangement provides a on point complimentary experience for listeners.

Joseph Carmichael’s guest musical contributions further embellish the band’s considerable skill. The same penchant for saying more with less we hear in Ballew’s writing extends to the band as well. The instrumentation weaves together in a near-cinematic way without ever feeling like The Deer’s Cry are straining for effect. There are no showcase moments for the individual players; the band and Carmichael alike perform as a single cohesive unit rather than making room for any particular individual to stand out from the rest.

Some may say the Nashville band is a little too predictable and there’s a little truth to that. They aren’t remaking the musical wheel and I don’t hear anything in this song that, superficially, I haven’t heard from other performers and bands. The difference lies in how well The Deer’s Cry pull it off in comparison. There’s none of the packaged stylization present in their music that you often hear from similarly themed acts; Ballew and her cohorts never treat this music like it’s a butterfly pinned under glass. Moreover, their steadfast reliance on original compositions rather than traditional covers separates them from many other acts of this ilk.

The Nashville based quartet are debuting with this album, but even a cursory listen to this single shows a collection of songwriters and musicians who have refined their art over years. They aren’t done yet. Without hearing the remaining tracks on this release, I think it’s safe to say this debut is the first of many albums we’ll take note of from this varied and intelligent act. The Deer’s Cry possesses the necessary skill and artistry to make a deep impact for many years, if not decades, to come and they’ll make countless fans along the way.

The music of THE DEER’S CRY has been heard all over the world due to the radio plugging services offered by Musik and Film Records. Learn more – https://musikandfilm.com